US fails to extract most dangerous Islamic State prisoners in Syria

US forces have failed to extract many of the most dangerous Islamic State prisoners out of Kurdish detention sites in Syria, only relocating two British militants dubbed the “Beatles”, a source told Sky News.

Alexanda Kotey and El Shafee Elsheikh were moved to a more secure facility in Iraq before the start of a Turkish offensive against a Kurdish militia that had been instrumental in the US-led fight against Islamic State, but no one else.

This is despite President Donald Trump saying the US “has the worst ISIS prisoners”.

The two members of the “Beatles” IS group are accused of beheading foreign hostages but they are not considered IS masterminds of any strategic value.

The New York Times, which first reported the news of the failed extraction, said the US military had planned to extract five dozen dangerous suspects as well as the “Beatles”, who come from the UK but have been stripped of their British citizenship.

It said the Kurdish-led Syrian Democratic Forces – angry with the US-led coalition over what they see as a betrayal by their partner in the fight against Islamic State for failing to stop Turkey’s onslaught – refused to allow the US military to take anyone else.

The Sky source said the US-led coalition is still “trying to get the other ‘worst’ detainees”.

There is concern that the Kurds are using their hold over the IS fighters as leverage to put pressure on the United States, Britain and other allies.

A senior Turkish official said they have been “blackmailing” the West. 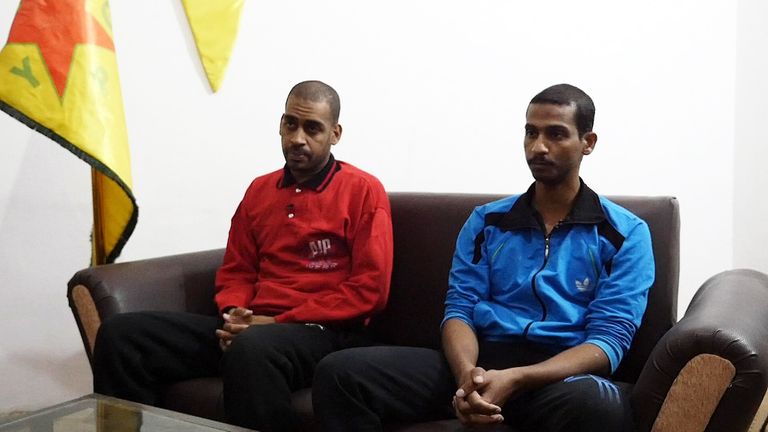 Turkey has said it will take responsibility for all IS detention sites that come under its control during the offensive but a deal struck between the Kurdish militia and the Syrian regime of President Assad – backed by Russia and Iran – could make the situation on the ground even more volatile.

Syrian government forces are moving towards the Turkish-Syria border, raising the possibility of a new front opening between Turkish-allied forces and regime troops and the IS detention sites being left even more exposed.

On Monday, Syria’s state news agency said that the army had moved into the town of Tal Tamr, which is about 12 miles from the Turkish border.

Tal Tamr is a predominantly Assyrian Christian town that was once held by Islamic State before it was retaken by Kurdish-led forces. 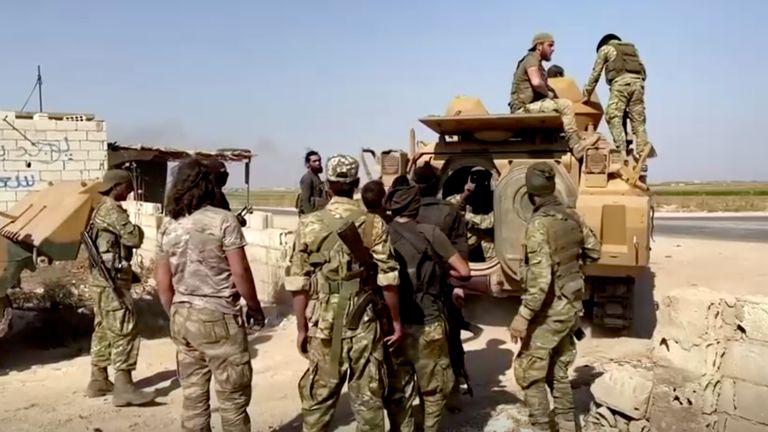 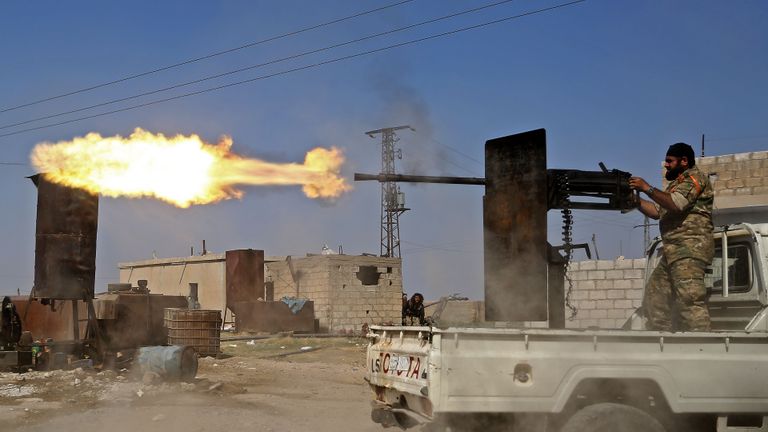 Five IS fighters are already known to have escaped from a prison on Friday, while almost 1,000 IS-linked women and children fled a displacement camp that is no longer under Kurdish guard.

A number of Kurdish officials helping to secure IS sites have switched guard duties to join fellow Kurdish fighters trying to combat the Turkish assault.

The foreign minister of Australia – a member of the counter-ISIS coalition that fought with the Kurds against the terrorist group – today blamed Ankara for all escaped IS prisoners.

“Turkey is totally accountable for the actions of its military forces and the militia groups it is employing,” said Marise Payne.

Ankara is also “responsible for the humanitarian suffering they are causing through their military operations” as well as the escape of Islamic State group fighters.

There are 11,000 IS militants held by the Kurds in northern Syria, including 2,000 foreigners from 50 nations.

Turkish President Recep Tayyip Erdogan has signalled that Turkish troops and their Syrian opposition allies are ready to launch an assault on the Syrian-Kurdish held city of Manbij.

Mr Erdogan told reporters: “We are about to implement our decision on Manbij.”

He added that Turkey’s aim would be to return the city to Arab populations whom he said where its rightful owners.

European Union leaders are looking to broaden an arms embargo against Turkey.

Dutch Foreign Minister Stef Blok said Monday at a EU foreign ministers meeting in Luxembourg: “It is against international law to invade a neighbouring country and Turkey should as every other country abide by international law.”

Germany, France and the Netherlands have already suspended arms sales to Turkey.

Dange, extract, fails, Most, to, Us
You may also like: