US-Iran tensions raise threat of an even graver conflict

President Donald Trump calls it his policy of “maximum pressure” on Iran.

He believes a mixture of increasingly tough sanctions coupled with diplomatic isolation will force the Islamic Republic back to the negotiating table.

But we have been here before.

Tehran has already been subjected to intense international sanctions before it signed up to the 2015 nuclear deal with the United States, China, Russia, Britain, France and Germany.

That agreement imposed curbs on Iran’s nuclear ambitions in return for sanctions relief.

But President Trump withdrew the United States from the accord, calling it a disaster.

No one thought it was perfect but it was the best compromise that top diplomats could achieve after years of negotiations and it has curbed Iran’s nuclear activities.

Now the US president says he wants a new deal with Tehran and unlike its predecessor this one would also include Iran’s support for proxy forces in the region and its ballistic missile programme.

His punishing regime of sanctions in a bid to secure this new entente has undone much of the economic benefits that Iran had been seeing over the past four years. 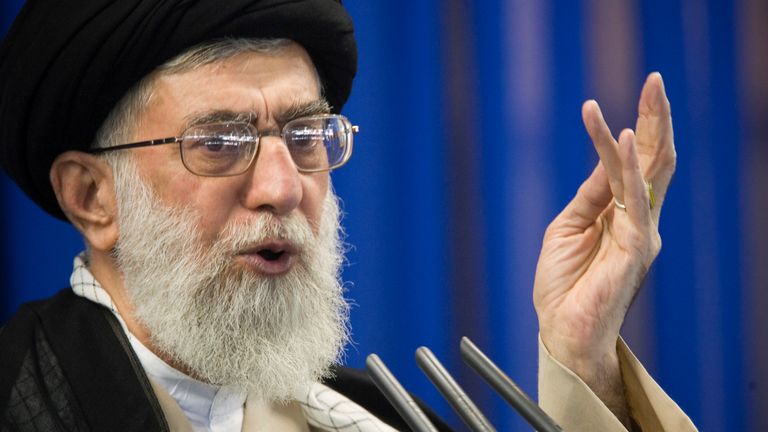 The Iranian government is accused of signalling its anger by facilitating attacks against tankers in the Gulf – a charge it denies.

However, Iranian officials are warning it will breach conditions it is supposed to adhere to under the 2015 accord in the coming days.

That poses a big problem for Britain, France and Germany. They had been sticking with the deal, despite pressure from the Trump administration to follow its lead.

If Iran no longer sticks to the commitments it made, it will become impossible for European countries to continue their support of the agreement, which would trigger its demise.

London, Paris and Berlin have not yet spelt out what they will do but it has been reported that they have sent an official diplomatic warning to Tehran about the serious consequences it faces if it scales back its compliance.

The Islamic Republic has given the Europeans until 8 July to save the nuclear deal by shielding Iran from the economic impact of the US sanctions. It is highly unlikely Europe will meet this demand.

Russia has said it will step in to help cushion Iran from the economic fallout.

But this increases the chances of the one key piece of foreign policy that London and Moscow agree on falling apart, with the Russians once again on the opposite side of the divide to the West, raising the prospect of an even graver conflict.

So we will end up in a situation of maximum resentment and hostility as well as pressure.

Perhaps these are the perfect conditions for President Trump to drive through his desire to “make Iran great again” by securing a new deal.

Experts on Iran are less sure, saying such conditions will more likely lead to further confrontation and possibly war.