A STOIC baby kept calm despite an eight-foot fall down an air vent.

While everyone around the infant panicked, Saydie Reedy said her 10-month-old son Kolson Reedy was unbothered and unscathed by the drop into the crawlspace inside her home in Oregon. 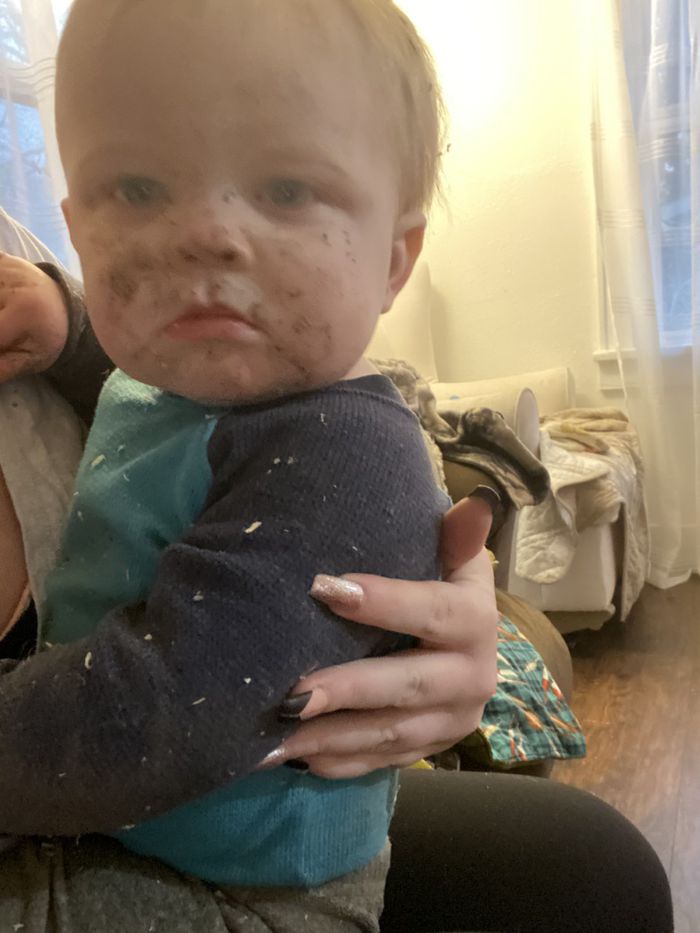 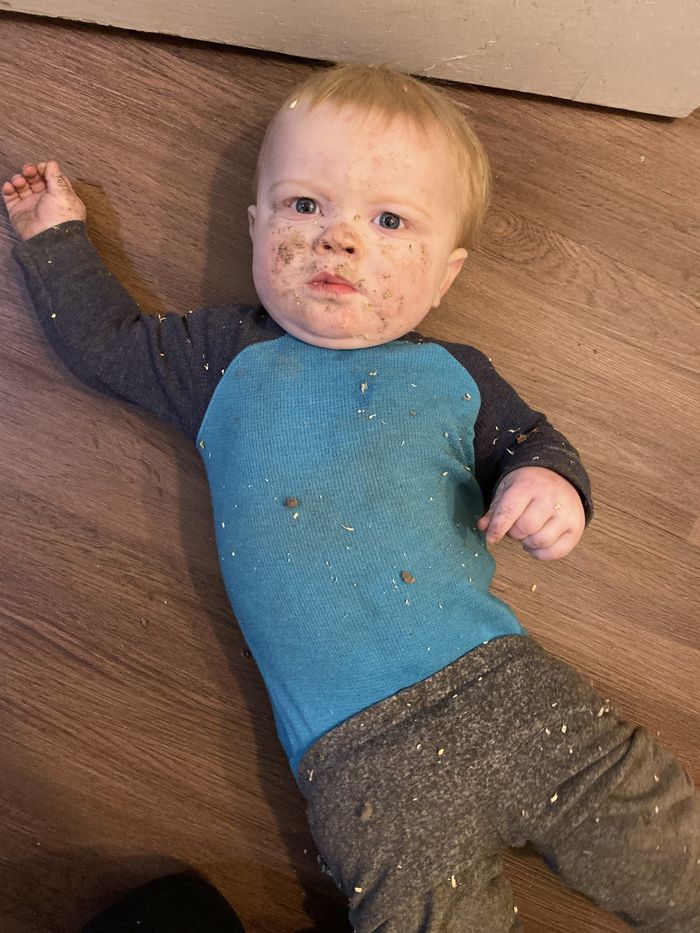 "He didn't break character once," she told the Oregonian on Monday.

"When the officer lifted him up out of the crawlspace and handed up, the first thing he did was glare at the officer."

Reedy was washing dishes in the kitchen and had momentarily stepped away from Kolson and his three-year-old brother Jackson, who had been playing in another room.

Before she could go and check on her sons, Jackson ran up to her and said: "Baby in!"

The panicked parent searched the entire house for baby Kolson, but couldn't find him.

That's when she asked Jackson where his little brother was, and he pointed to the vent on the floor.

Reedy noticed that the vent gate was open, and she suspected that her older son pulled it up

"I couldn't hear him in there, but he was nowhere else to be found so I quickly called 911 panicking," she told KMTR. 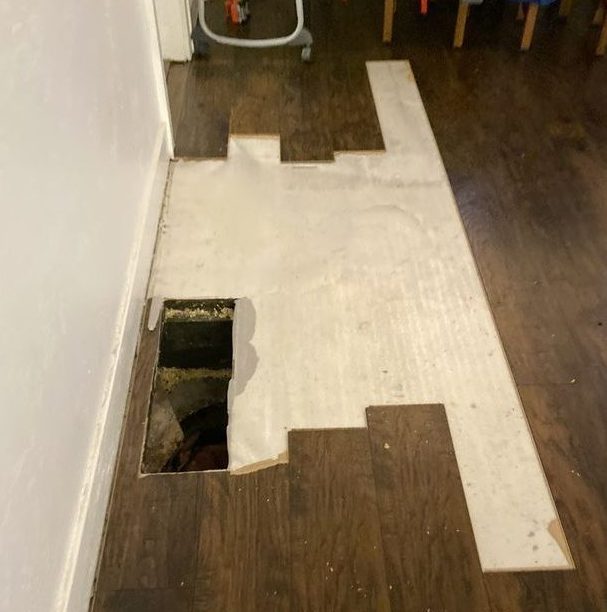 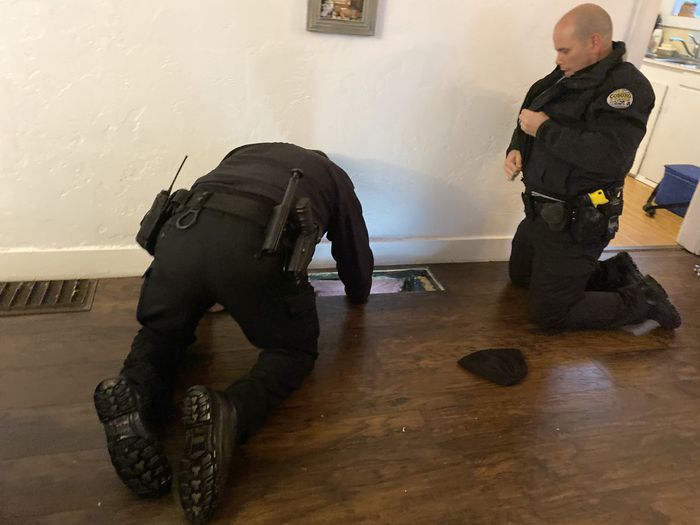 Local police and firefighters rushed to the house in Coburg within minutes.

After tearing up the floor of their 1920s home, one of the officers asked Reedy how to access the crawlspace.

The officer then stripped down to his pants and t-shirt, climbed in, removed the air duct and found little Kolson eight feet down the vent unharmed, with only a few scratches.

He lifted the boy and shoved him up the vent into the arms of another officer, who the infant promptly frowned at.

Kolson – who fell face-first – wasn't crying and almost seemed vexed to have been rescued from the duct, Reedy said.

The mom of two says her son's trademark stare is "his normal face".

She profusely thanked police and fire officials who "pulled my little chubs out of the vent" for their quick thinking and teamwork. 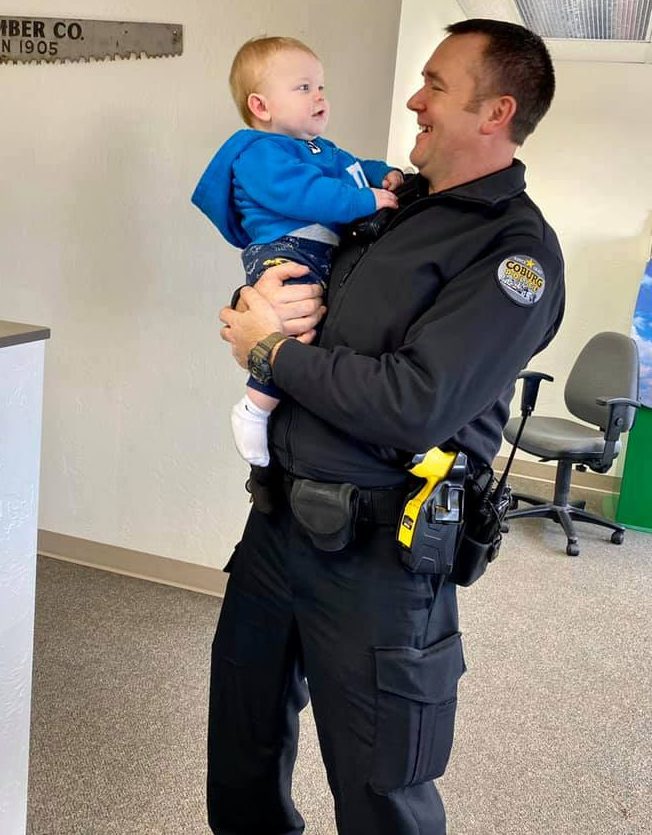 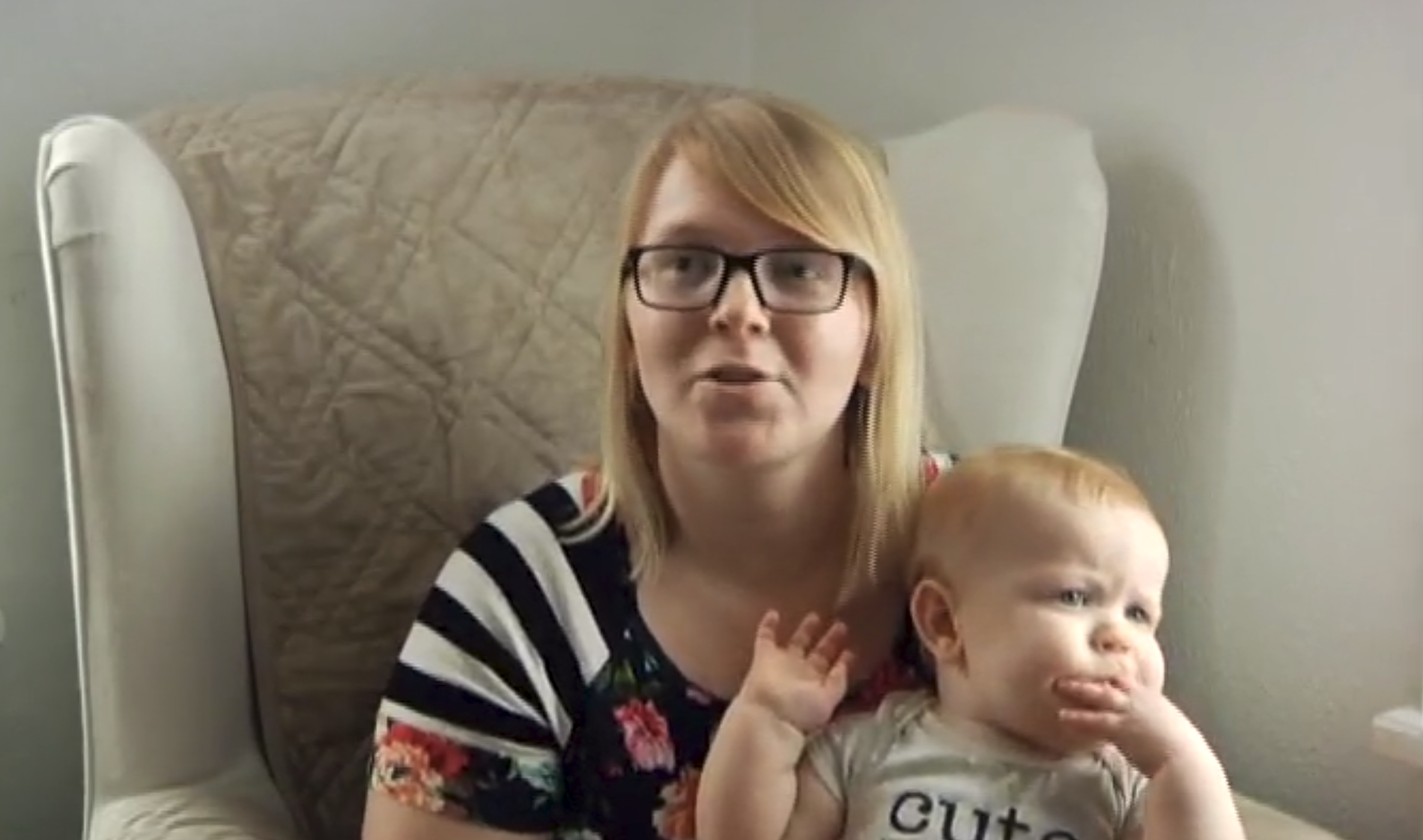 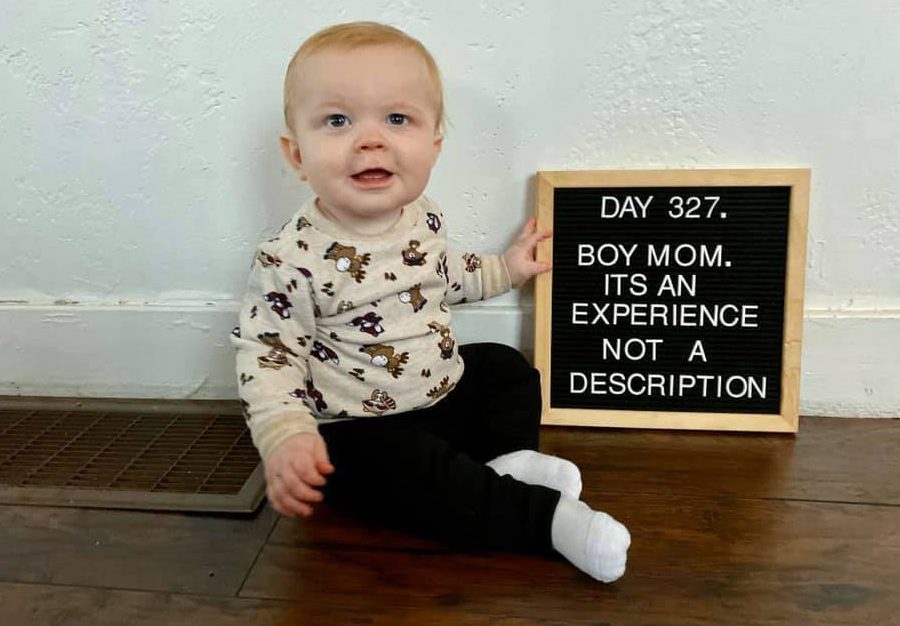 In spite of the happy ending, Reedy said she was shaken by her son's fall.

Several people have reached out on social media to share their own stories about silly things their children have done.

The scary situation hasn't deterred baby Kolson from roaming around the house – he actually thought it was quite amusing, Reedy said.

"Today, he was crawling past the vent," she told the Oregonian.

"He was banging on it and laughing."

Baby, boy, Fu, looks, unhappy, very
You may also like: