A video taken by a passenger on an ill-fated scenic flight has revealed the final seconds before two helicopters crashed, including one chopper taking off and heading towards the other.

The passengers of Sea World Helicopters pilot Michael James were the first to see the other aircraft approaching, seemingly too late to avoid the collision. 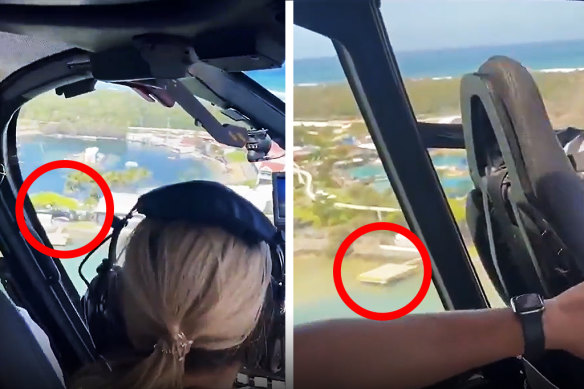 An excerpt of video from one of the helicopters shows the other helicopter above the helipad 10 seconds before passengers braced for impact.

The other aircraft can be seen above the helipad below James’ helicopter, and to his left, possibly obscured by the frame of the cockpit. Ten seconds later, as James is looking to his right, two front passengers begin pointing to the nearby chopper.

A passenger in the back seat then points and begins to tap James on the shoulder several times to alert him to the pending danger, before desperately clutching the back of James’ seat bracing for the impact as glass shatters over them.

The video will be considered by investigators and comes as the head of Sea World Helicopters John Orr-Campbell paid his respects to pilot Ash Jenkinson and the passengers who died in the accident.

Orr-Campbell remembered Jenkinson as a “fine man and a standout pilot”, who he said he had known personally for nine years. 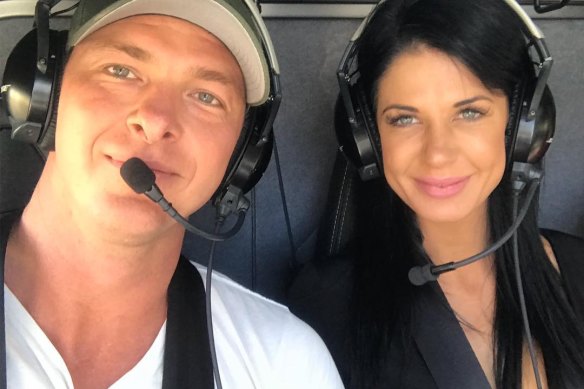 Ash Jenkinson with his fiancee Kosha.

Jenkinson was killed along with British couple Ron and Diane Hughes, and Sydney mother Vanessa Tadros. Her 10-year-old son Nicholas survived, but remained in hospital.

Winnie de Silva and her son Leon, 9, from Victoria, were also on board, but survived the fatal impact. Leon on Thursday afternoon was confirmed to be in a stable condition at the Queensland Children’s Hospital, while his mother was recovering in the Gold Coast University Hospital.

Orr-Campbell praised James for managing to land his helicopter safely on the sandbar after the crash.

“I would also like to commend the other pilot, Michael James, who heroically got the second aircraft to the ground safely. We wish him well in his recovery,” he said.

He said Jenkinson, who was the company’s chief pilot, had 6210 hours of flying to his name.

“To lose a man and a pilot of Ash’s calibre is shocking in every sense of the word. I, along with all the staff at Sea World Helicopters, are gutted to the core. My heart aches as I think of Ash’s fiancée, Kosha, and his one-year-old son Kayden,” he said. 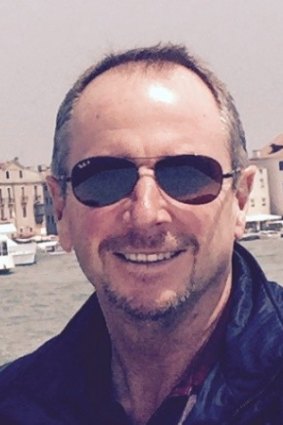 Orr-Campbell said Jenkinson had an extensive flying history, and his love of aviation had taken him to the Northern Territory, where he ran scenic flights until the end of September 2011.

That year, Jenkinson became a grade 1 instructor, conducting more than 2500 hours of instructing.

“His professional, bright, warm and welcoming personality saw him rise through the ranks and he became the Northern Territory base manager,” he said.

“Here, he mentored several upcoming pilots, and he also spent many hours flying traditional owners to survey the land.

“During this time Ash, showed his love and commitment to community – he was involved in multiple search-and-rescue flights in the area.

“We also mourn the loss of his passengers and cannot imagine the terrible sadness their families and loved ones must be feeling.”