A toddler found trapped beneath a collapsed apartment building has been rescued following a magnitude 6.9 earthquake on Friday in Turkey.

The 3-year-old — who has been identified as Elif Perincek — was pulled more than 65 hours after the quake struck the western Turkish town of Izmir, where Monday’s dramatic rescue took place. Perincek’s mother Seher Dereli Perincek and a pair of twin siblings, 10, were saved 42 hours earlier. Another sibling, 7, did not survive.

Crowds and first responders cheered as they pulled the little girl from beneath the heap, as seen in smartphone footage captured by an onlooker, Reuters reported. Perincek was briefly treated at the scene then transported to a local hospital, according to Turkish state news service Anadolu.

Firefighter Muammer Celik said the girl tenaciously grasped his finger as soon as she could reach, and did not let go until they arrived at the first-aid tent.

“That child deserves to live to the end,” Celik told reporters.

A dog was also rescued alive from under the rubble at another apartment, and a 14-year-old girl who was trapped under the building was rescued after 58 hours.

At least 76 have died as a result of last week’s natural disaster, Reuters reported, while 962 victims have reported injuries, including more than 100 who have been dug out from the debris. On Sunday, a 70-year-old man also in Izmir, on the coast of the Aegean Sea where the quake originated, had to be pulled from building wreckage.

Izmir mayor Tunc Soyer confirmed at least 20 buildings went down during the event. 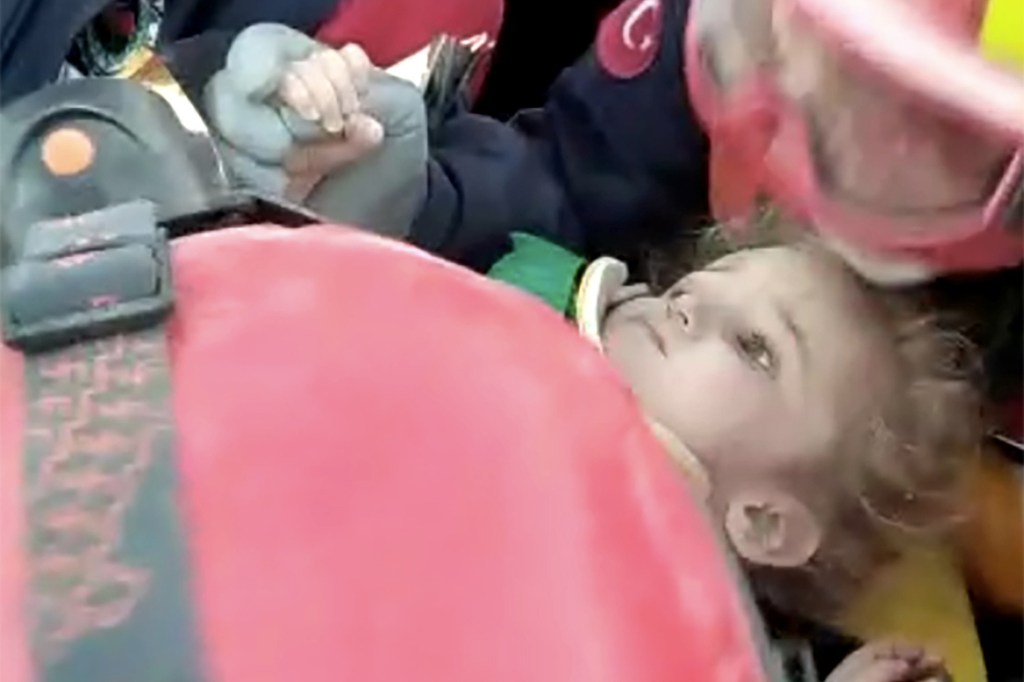 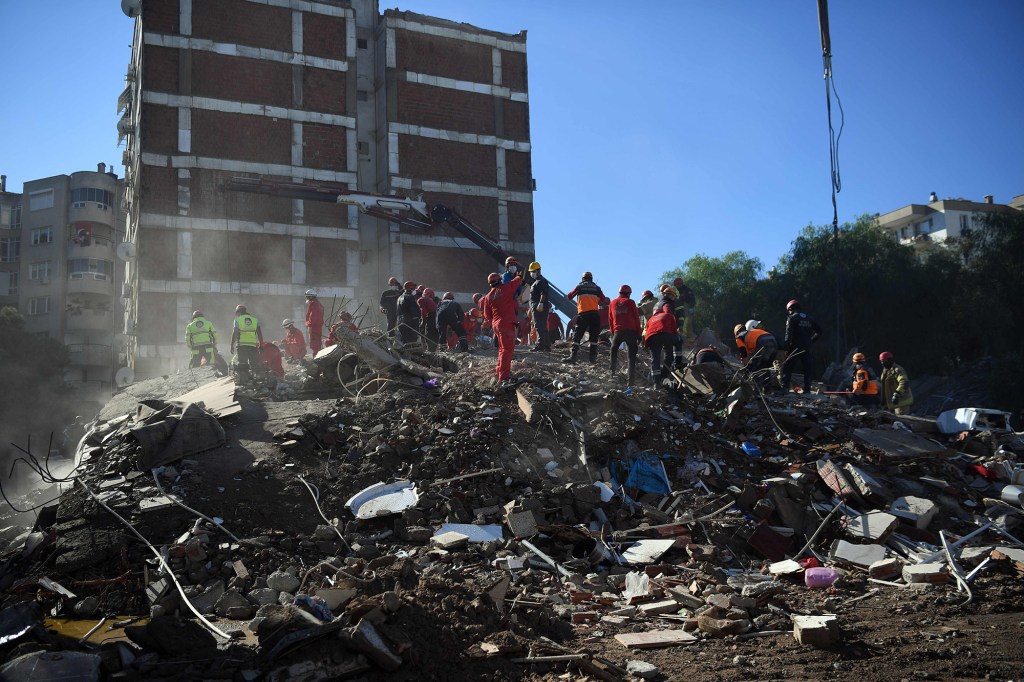 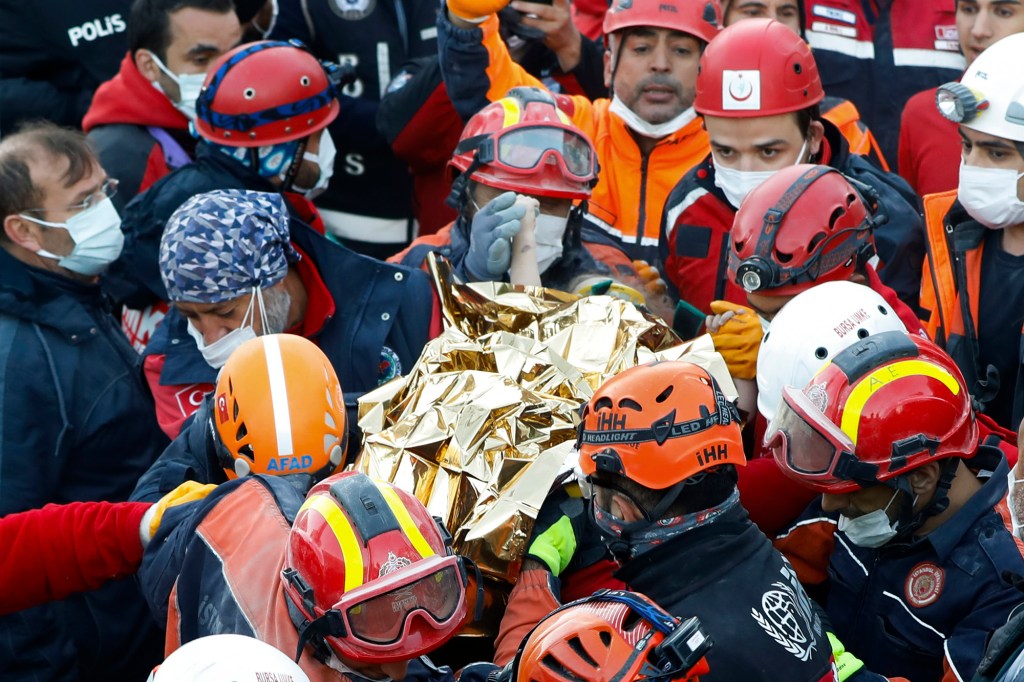 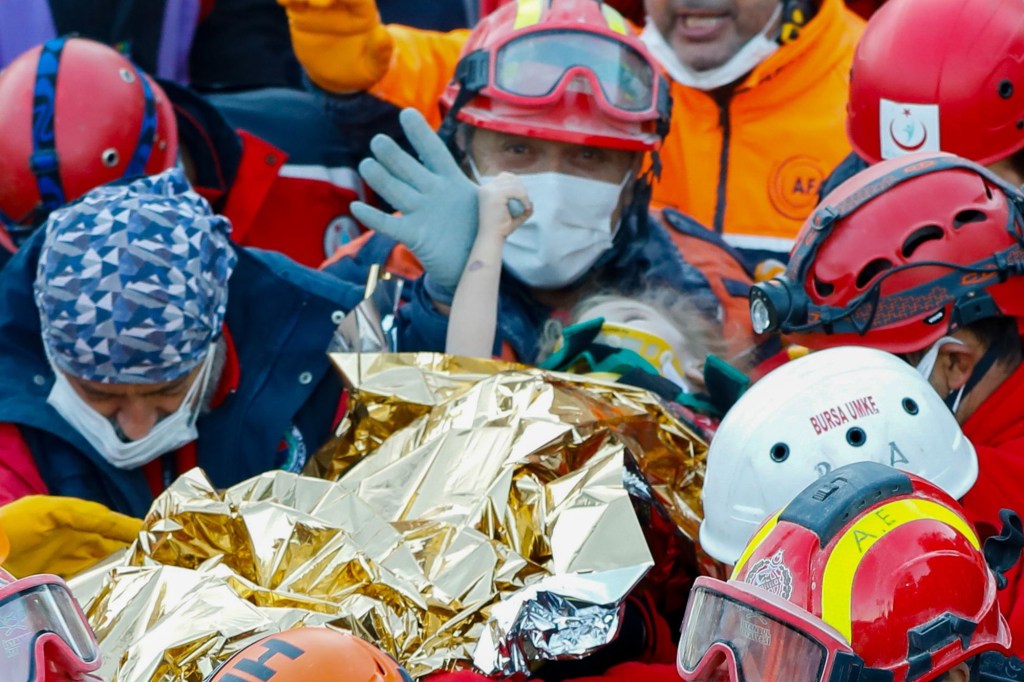 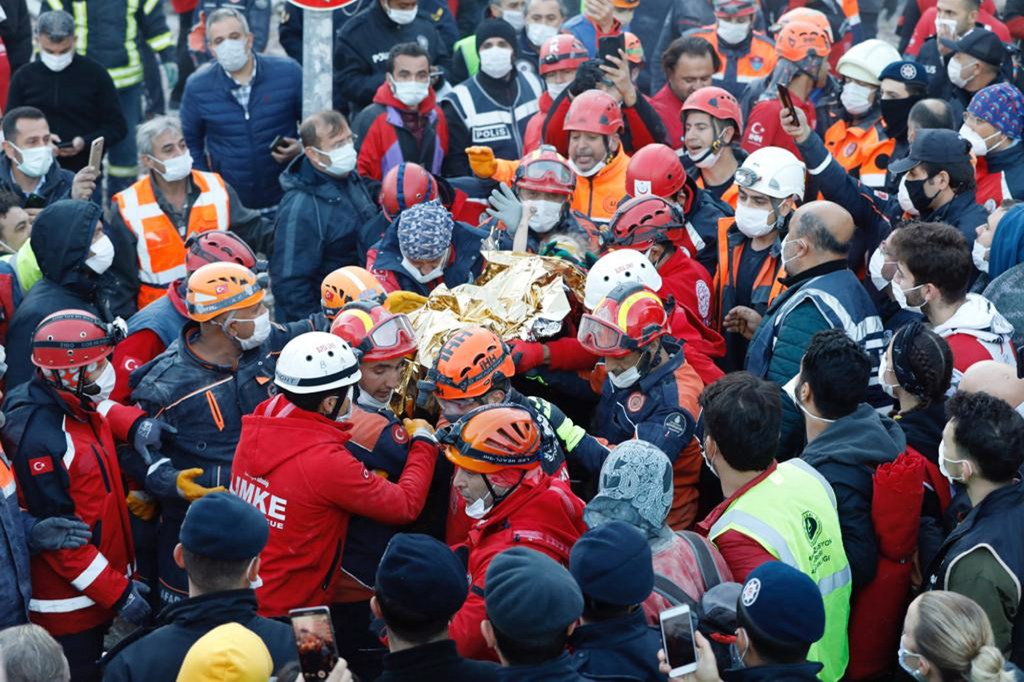 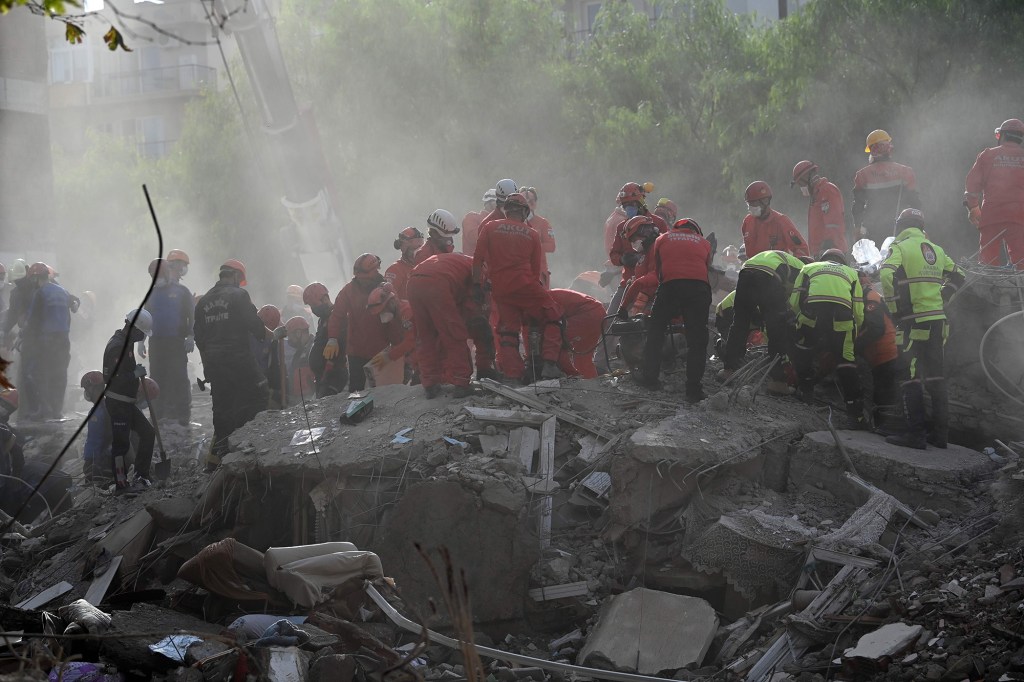