Villagers have been left furious after police threatened to kill a group of beloved peacocks that roam freely around a West Sussex community, as officers warn they’re making too much noise and are damaging property.

Locals say five peacocks have made the village of Henfield their home for the past five years.

But they were left stunned when a letter from Sussex Police warned the colourful birds needed to be captured and rehomed, or they would be put down.

Officers say the peacocks were released unlawfully and have been causing trouble in the rural village by damaging property and making noise at all hours of the day. 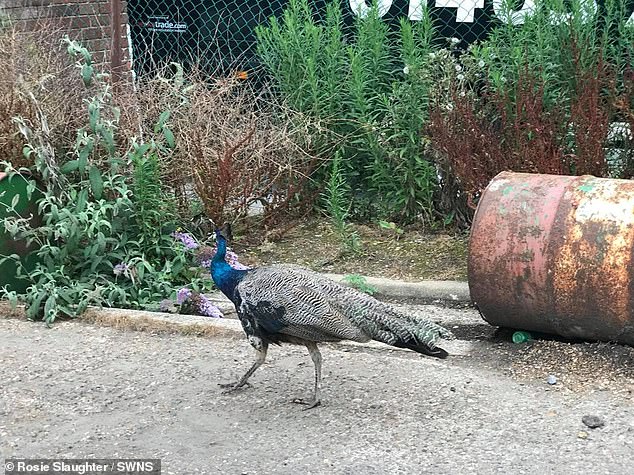 Police in Henfield, Sussex warned a group of five peacocks roaming free around the village could be put down, unless there was a home that would take them in 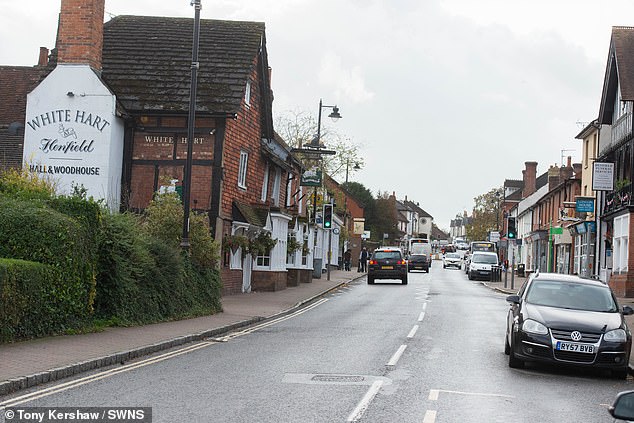 But many in Henfield have defended the birds and banded together to rehome and adopt them in a bid to keep the peacocks in the community.

A police flyer read: ‘We are aware of several peacocks that have been roaming around Henfield, and at present are providing support in the capture of these birds.

‘Peacocks are a NON NATIVE species and their existence in the wild of Sussex cannot continue, due to the potential impacts on our native wildlife.

‘Current efforts are focused on trapping then rehoming the peacocks. However we must advise that if this cannot be completed, then humane dispatch will be required.

‘Please help locate the peacocks soon by letting us know where they are roosting, feeding, or otherwise adopting a regular location to be found.’ 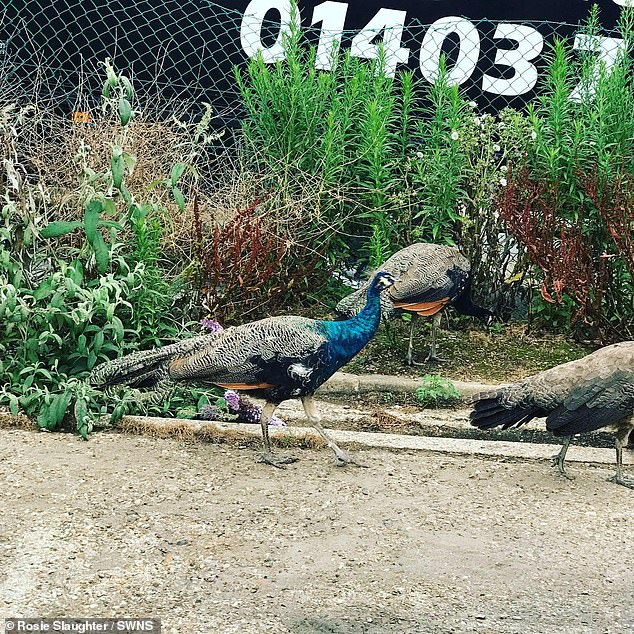 Sussex Police say the peacocks were released in the village unlawfully, while locals say they are the offspring of two other escaped birds spotted around five years ago 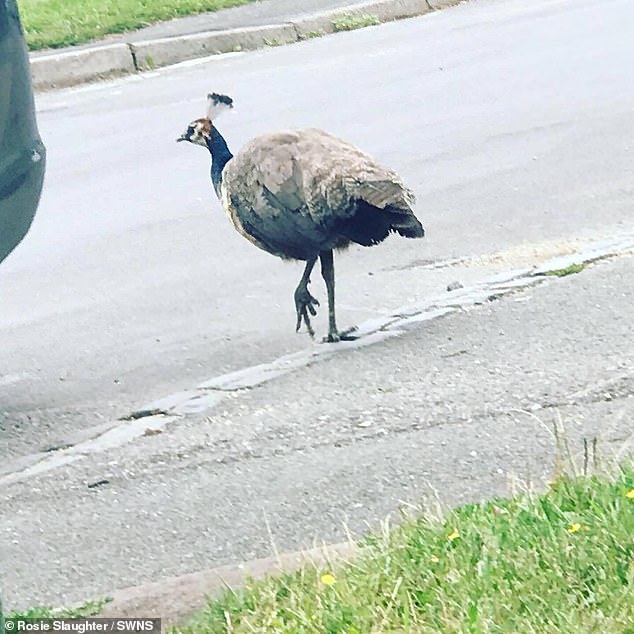 Local police have reportedly been out with bird seed on the streets of Henfield trying to catch the peacocks. Resident Sue Bird said: ‘It’s taking up their time and they could be doing more useful jobs’

A Facebook group called Save the Henfield Peacocks has attracted more than 550 followers and seen many donate to a crowdfunding page to help the campaigners’ efforts.

A letter published by Sussex Police later stressed ‘our objective is to maintain the welfare of the birds as well as that of our native wildlife,’ adding that a new home had been found for them.

Residents said the sight of the five peacocks wandering the village has helped rural residents during the pandemic lockdown.

More than 400 villagers have signed a petition to keep the peacocks in the village.

Sue Bird said: ‘Three people in the Facebook group offered a home for the birds but police said in their letter that actually, they want them to go to a welfare place and if they can’t catch them they will put them to sleep.

‘The whole village is up in arms, we are quite happy for them to wander around the village.

‘They get a bit noisy in mating season, but they don’t cause trouble. They come into my garden and they haven’t done any damage.

‘The majority of the village want to keep them, so we have looked into if we could adopt them as a village.

‘We have got someone who has woodland who is prepared to house them and it would be our responsibility for them.’

Retired Sue added that police officers have been seen around the area with bird feed trying to catch the animals, who are the offspring of two escaped peacocks around five years ago. 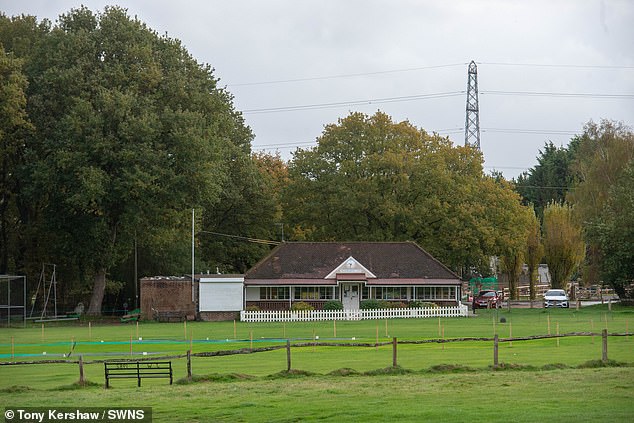 The peacocks reportedly cause damage to local gardens and ‘can get a bit noisy in mating season,’ but locals insist they do not cause trouble

She said: ‘The police say they are not a native bird to Britain, but they were actually brought here by the Romans, so you could say they are native because they’ve been here a long time.

‘Seagulls do much more damage but they are protected. It’s a silly situation for the police because they are using their resources to try and round up five peacocks that we will quite happily home and adopt.

‘It’s taking up their time and they could be doing more useful jobs.’

The pensioner explained how the peacocks had lifted spirits during lockdown, adding: ‘The whole village came together like what villages used to be like, for people who were shielding or isolating it’s the only thing they have seen and it brightens up their day because they are beautiful birds.

‘They’re very friendly and people often feed them by hand. Kids at school really love the birds as well. The peacocks have been roaming the area for the last three to four years. 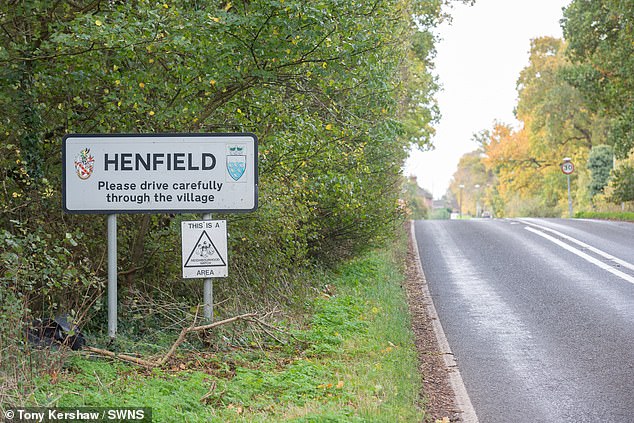 Sussex Police’s Rural Crime Team is appealing to the villagers to tell them where the birds roost or feed, as it has found a potential new home

‘Someone has complained that they have damaged property. But these are young birds, they have always wandered the village. The original birds passed away and no one actually owns these birds.’

Sussex Police’s Rural Crime Team is appealing to the villagers to tell them where the birds roost or feed.

Sergeant Tom Carter, Sussex Police’s wildlife crime lead, said the peacocks have been ‘causing distress and inconvenience’ to some villagers.

He said: ‘We are in touch with someone who is happy to assist with this and offer the birds a safe home in the future and we are looking to achieve this as soon as possible.’