Vogue Portugal has been slammed for a ‘horrific’ cover which depicts a patient being bathed in a psychiatric hospital.

The cover – one of four the fashion magazine has designed for it’s ‘The Madness Issue’ for July/August – shows a woman naked in a bathtub with two nurses pouring water over her.

The image has been called ‘vile’ and ‘appalling’ for using stereotypes of mental illness and psychiatric hospitals after it was shared on social media. 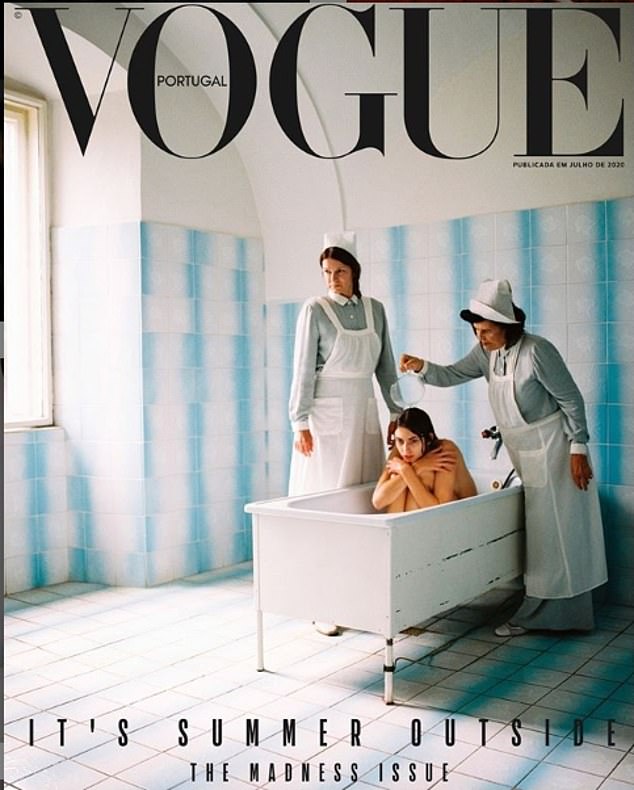 Fashion writer Hannah Tindle wrote: ‘So Vogue Portugal’s July/August 2020 issue is titled ‘The Madness Issue’ and uses the aesthetic of a psychiatric hospital as it’s cover. Who is approving this s***???.’

Model Sara Sampaio said: ‘This kind of photo should not be representing the conversation about mental health! I think it’s very bad taste!’

One Twitter user posted: ‘Absolutely vile. I’d happily swap my experience of watching my brother be sectioned many times in pure agony for the writers/editors of this to experience the same thing. Tone deaf and disrespectful.’

Another added: ‘Styling up old stereotypes of hospital practices to really embed stigma. Great work guys at Vogue. Perfect if we want to take another step backwards for those fearing to get help of those scared of judgement..’

Jo Loughran, Director of Time to Change, the mental health anti-stigma campaign run by Mind and Rethink Mental Illness, told Metro.co.uk: ‘Today, in a time where there is arguably more awareness of mental health problems than ever before, it’s disappointing to see this outdated depiction of a psychiatric hospital – especially on the cover of such a high-profile magazine.

controv, fury, sparks, Vogue, With
You may also like: