Pahoa: Hawaii residents have been alerted to rising levels of toxic gas from volcanic fissures and geologists have warned that new areas east of the erupting Kilauea volcano may be at risk to lava bursting from the ground.

Hawaii County authorities sent a text message to residents in the southeast corner of the Big Island that a wind change would bring rising levels of sulphur dioxide gas, which is fatal if inhaled in large quantities. 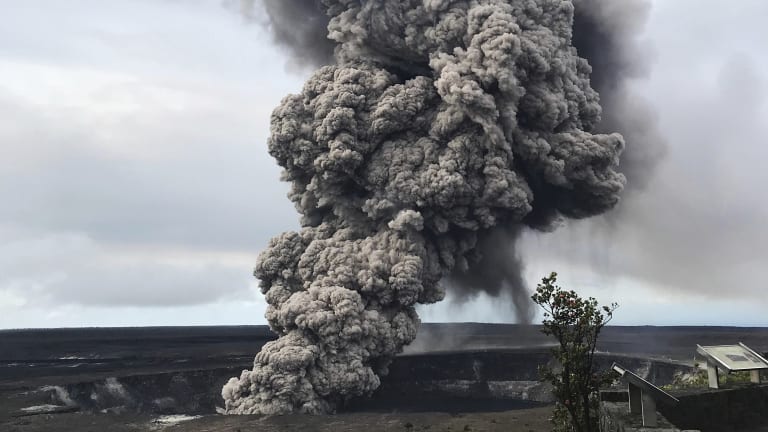 An ash column rises from the crater at the summit of Kilauea volcano on Wednesday.

Hawaii's governor has warned that mass evacuations may be needed as more fissures open and spew lava and gas in semi-rural residential areas on the east flank of the volcano.

As the eruption progresses, "other areas of the lower East Rift Zone may also be at risk," the Hawaiian Volcano Observatory said in its latest briefing.

Dustings of ash were expected downwind of Kilauea on Thursday, local time, as summit earthquakes set off rockfalls into the lava lake and sent up plumes of steam, ash and smoke, the USGS said.

Local meteorologists said the change in prevailing winds could send Kilauea's volcanic smog, or vog, north-west to Maui and other islands in Hawaii. 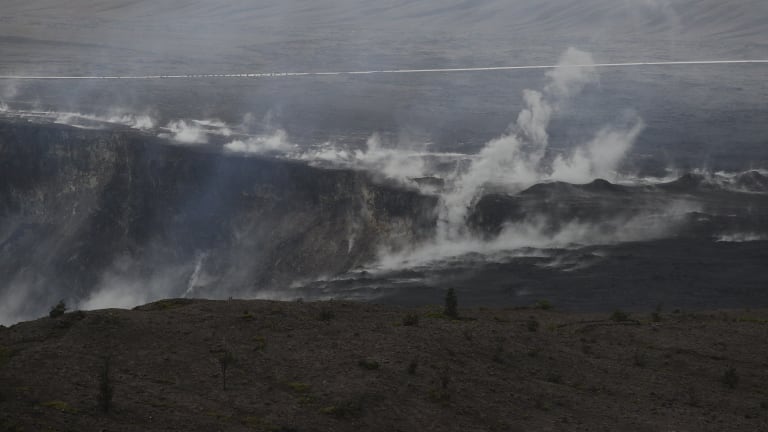 Steam and gas rise along the edge of Kilauea’s summit crater.

Authorities on Thursday completed the removal of highly flammable chemicals from a nearby power plant in the path of lava. 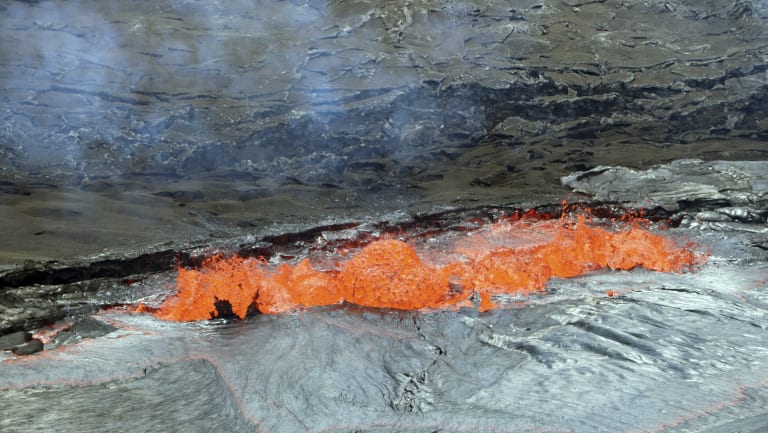 A line of spattering along a lava lake margin of the Kilauea Volcano last month.

Geologists said Kilauea may be entering a phase of explosive eruptions not seen in nearly a century that could hurl "ballistic blocks" weighing up to 12 tons for 800 metres, shoot pebble-sized projectiles for miles and dust downwind towns with volcanic ash and smog.

The Leilani Estates residential area remains in greatest danger, with 15 volcanic fissures so far having destroyed 36 structures, most of them homes, and forcing the evacuation of about 2000 residents.

In Pahoa, the nearest village to Kilauea, some schools remained closed after the area was hit last week by a 6.9 magnitude earthquake, the biggest since 1975.

alert, for, gas, Hawaii, residents, toxic, volcano
You may also like: