Voyeur who filmed mother-of-three having sex with his friend when she spurned his advances is found guilty of murder after he tied her up with cable ties, tortured her then slit her throat

A man was today found guilty of the murder of a mother of three who he tied up and tortured before slitting her throat after she ‘laughed’ off his advances.

Brendan Rowan-Davies, 29, killed Kelly-Anne Case, 27, at her home in Gosport, Hampshire, before setting fire to the property in the early hours of July 30 last year.

The defendant shook his head as the jury returned its verdicts at Winchester Crown Court, convicting him of murder and arson, and gasps and cries of ‘Yes’ could be heard from the public gallery. 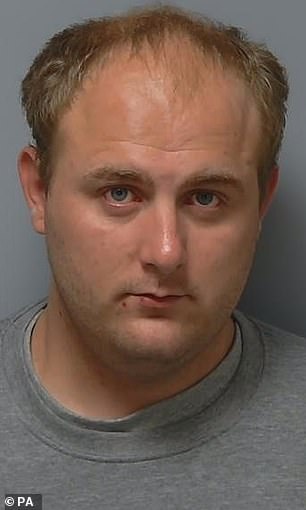 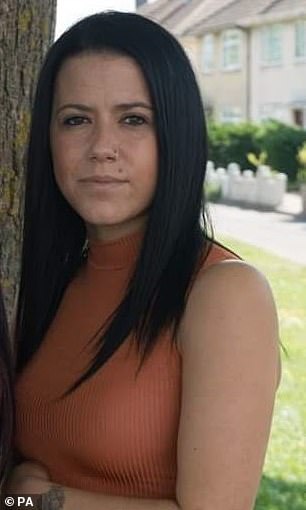 Brendan Rowan-Davies (left), 29, killed Kelly-Anne Case (right), 27, at her home in Gosport, Hampshire, before setting fire to the property in the early hours of July 30 last year

The court heard that Rowan-Davies had spent the night with a friend, Will Vallender, at Ms Case’s home and the trio had drunk vodka and taken cocaine.

Rowan-Davies told the court he had told Ms Case he fancied her but ‘she just laughed’.

He told the court Ms Case and Mr Vallender went upstairs to a bedroom to have sex and he filmed them using his mobile phone through a gap in the door.

William Mousley QC, prosecuting, told the court that the two men left the house but Rowan-Davies returned alone an hour later, when he tortured and killed Ms Case, bound her hands with cable ties and set light to the house.

Her body was found by firefighters. 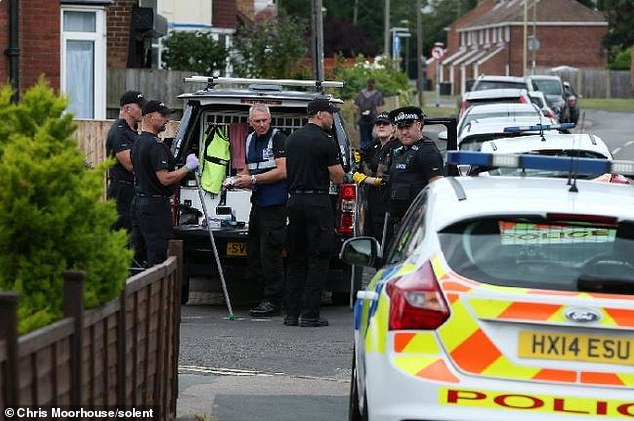 Police at the scene following the murder at the home in Gosport, Hampshire, in July last year

Mr Mousley said Rowan-Davies had ‘mutilated’ the victim, and added of her wounds: ‘These have the appearance of someone wanting to control or coerce or terrify Kelly-Anne so perhaps she would do what she was being told.’

The prosecutor added that later that morning Rowan-Davies was seen to burn items of clothing and dispose of other items including women’s underwear he had taken from Ms Case’s home.

Mr Mousley said DNA matches to the defendant and the victim were found on some of the clothing and on one of the cable ties as well as a sample taken from Ms Case’s body.

Rowan-Davies, who has a previous conviction for burglary after he was found by a mother in her home in Gosport, will be sentenced later.

found, guilty, is, murd, of, Voyeur
You may also like: