Footage of the July 20 incident in Gainesville, Georgia circulated the internet on Wednesday. 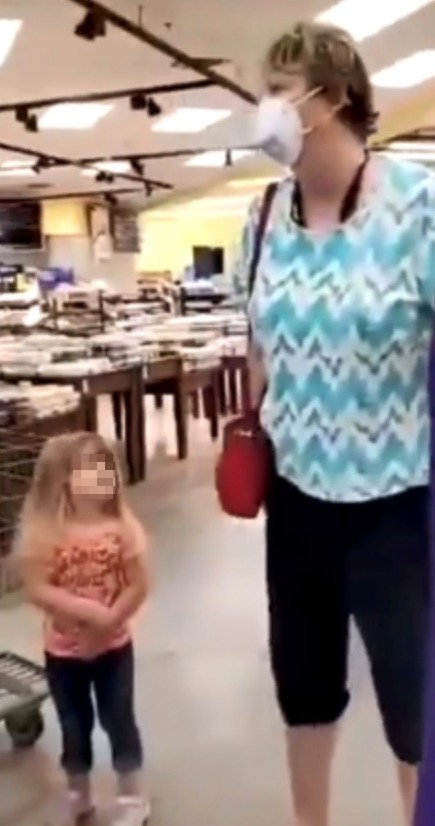 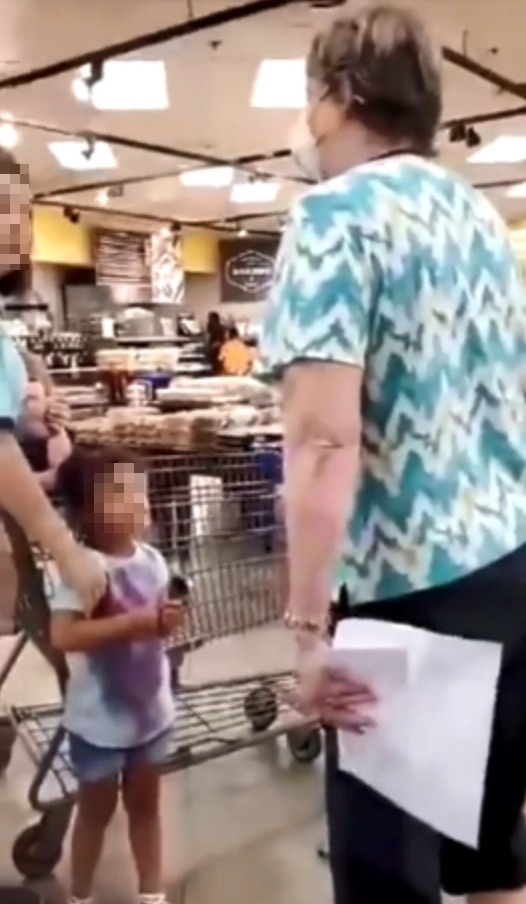 In the video, an angry shopper is seen yelling at mom-of-three Desiree Alis Vansickle, saying: "I hope you all die."

"I hope you all die because you’re going to kill me and my husband," she continued.

The upset woman, appearing to wear a white N-95-type mask, was scolding the mother and her two young children for shopping without face coverings on.

In response to the woman's heartless comment, the shocked mom was heard saying: "That’s such a great thing to say.

"You’re so ridiculous, you take care of yourself. Bye."

Speaking to CBS46, Desiree said: "Whenever it all ended I just walked off and was shaking on the inside.

"And I started crying because I was so upset."

Desiree told the news outlet how the woman was "attacking the people that were coming in without masks."

"Everybody was just kind of ignoring her and walking on and going on about their business, but I just didn't feel that it was right that she was wishing death upon people for not wearing a mask," she said.

The retailer had reportedly been enforcing customers to wear masks, but people without a face covering were not denied entry into the store.

Desiree recounted: "There was a man at the door who said: 'If you have a mask can you please put your mask on,' and we didn't have any with us.

"But he didn't say that we couldn't come in."

In mid-July, Walmart revealed its stores across America will begin requiring all shoppers to wear face coverings on July 20.

In a July 15 news release, Walmart stated: "We know it may not be possible for everyone to wear a face covering.

"Our associates will be trained on those exceptions to help reduce friction for the shopper and make the process as easy as possible for everyone.

It continued: "We know some people have differing opinions on this topic. We also recognize the role we can play to help protect the health and well-being of the communities we serve by following the evolving guidance of health officials like the CDC. "

In another July incident, a man refusing to wear a mask in Walmart appeared to spit on a police officer while claiming to have "the virus," body camera footage shows.

hope, I, shopper, Walmart, yells
You may also like: