One run-in was caught on video, showing the disgruntled driver slowly angling his plow towards the road bank and carefully knocking over the offending trash cans one by one.

Tumbling backwards, the bins spew garbage back into residents’ driveways – with one dragged off camera entirely by the vehicle.

Just a minute or two later, the snow plow then returns to the scene of the crime for a victory lap, giving the tumbled cans a further nudge for good measure.

Video footage of the incident captured by a resident showed the truck carefully cruising down the residential street before angling its plow directly at a set of exposed trash and recycling cans, stationed at the edge of a driveway 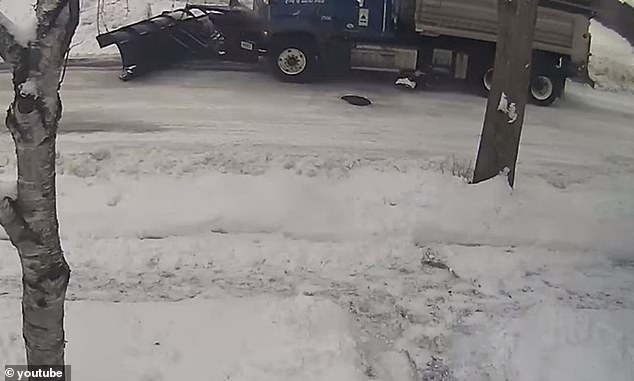 The plow can be seen accelerating into them and leaving them toppled on the ground, trash leaking into the snow 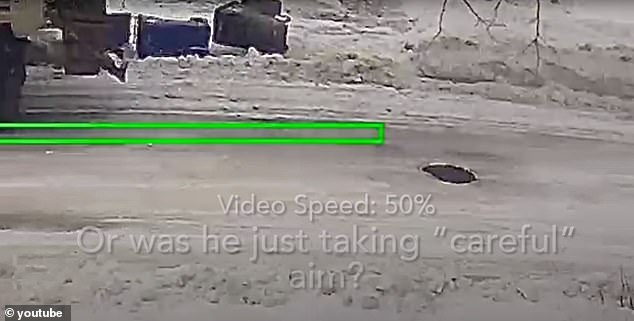 It is unknown why the plower had such a vendetta against the trash receptacles, although some in the video’s comments have insinuated it may be due to the driver deeming them too close to the road, and deciding to teach their owners a lesson

It is unknown who was driving the plow, nor how many homes were effected – although it appears the plow left its mark on multiple residential streets in neighborhood.

On the Como Residents: Blunt Truth facebook page – a private group for members of the community – residents exchanged stories and images of the trash can totaler.

‘The snow plows pushed (four) damaged trash carts into my driveway but none of them are mine. Mine was found a block away,’ one man wrote on the page.

Others shared images of the wreckage, posting photos of trash strewn through the snow. 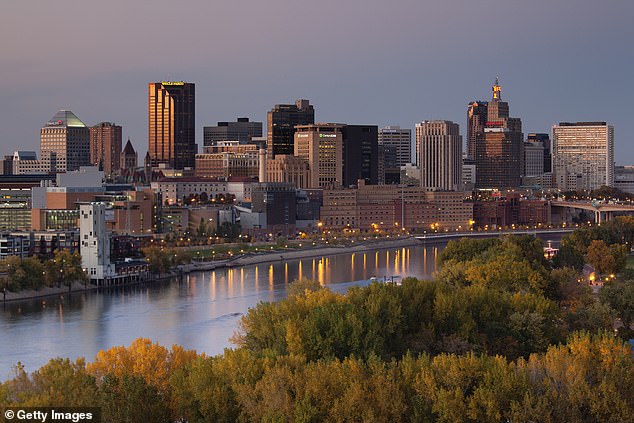 Residents of the Como Park area of St. Louis – pictured above – discussed the incident in a private facebook group, sharing stories and image of their trash-filled front yards

Thanking residents for bringing it to her attention, she called the destructive drive-by ‘completely outrageous and unacceptable.’

The city also addressed the incident in a statement on Sunday, apologizing to residents for the inconvenience.

The statement assured Como Park residents that the city is working with staff to initiate a formal investigation into the bin barreler, saying that officials take ‘complaints and concerns about this issue very seriously.’

One resident of Como Park’s Schletti Street commented on the video that their street was also targeted by the trash can assassin.

‘This driver is clearly raging!’ they wrote – ‘Wish he / she would plow our streets this wide when there’s an actual snow emergency!’