This is the shocking moment gallons of water gushed out onto a quiet residential street following a burst water main — leaving the road completely submerged.

The drama is currently unfolding outside Lea Brook Church, Leabrook Road North, Birmingham, with onlooker Dave Strom saying ‘about eight cars have been written off’.

Bizarrely, a digger can be seen trying to push the water back, which Mr Strom likened to ’emptying a canal with a teaspoon’.

He said: ‘Someone’s dug a water main and at least eight cars have been written off. 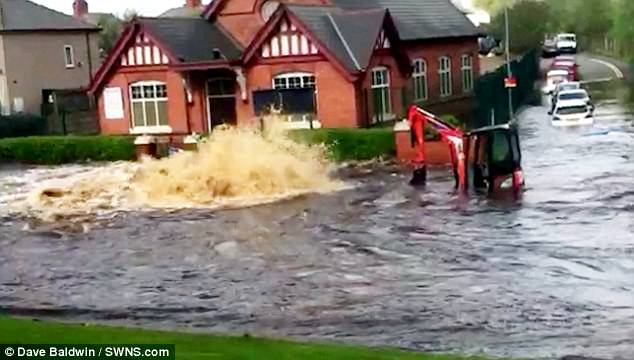 Gallons upon gallon of water are gushing outside Lea Brook Church in Birmingham, where ‘about eight cars have been written off’ 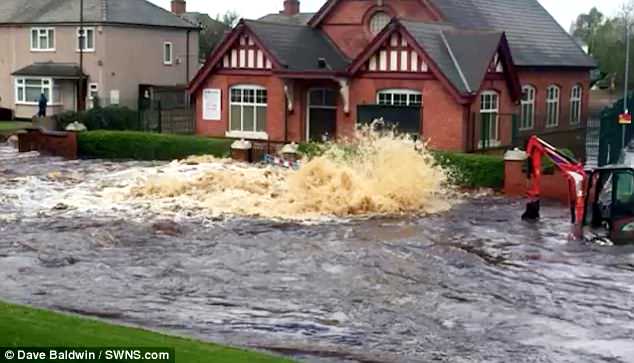 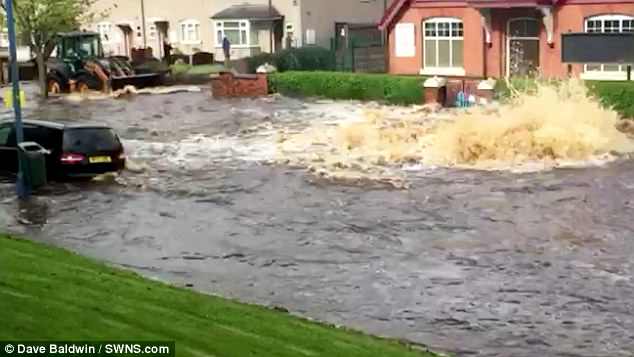 The old church is ‘badly flooded’, according to the witness, which is in an area used by commuters to park their cars

‘The old church building is badly flooded with the water starting to go into the houses up the side. This will be a huge cost.

‘The two cars as the camera pans right were a brand-new Ford Focus and a Mercedes.

‘A lot of people park there to commute to Birmingham you see so they probably won’t know until later today.’

Dave added: ‘There wasn’t many people there and not much panic but it was out of control.

‘The digger driver was trying to push the water back but it was like emptying a canal with a teaspoon. 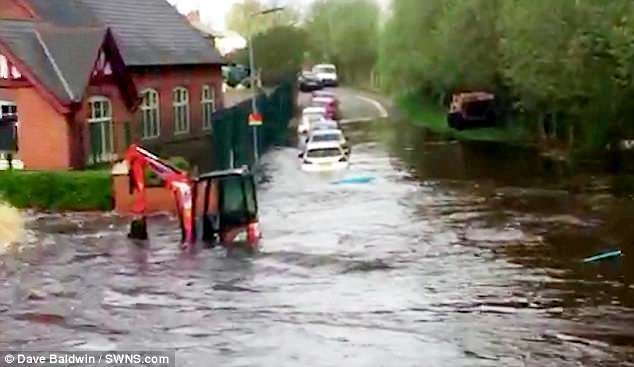 ‘It was completely pooling the area. It’s the main water feed to the factory’s in Wednesbury so possible it would affect Warburtons bakery.’

Bus diversions are currently in place. 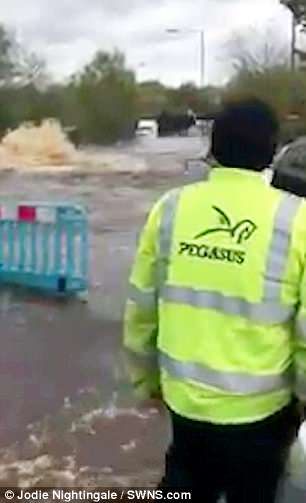 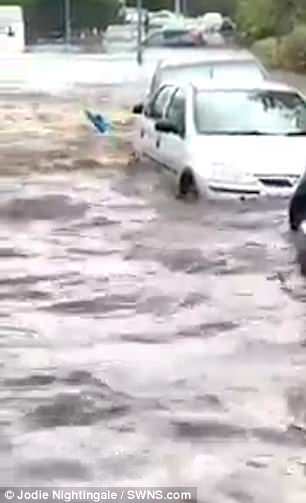 Left: A workman watches as gallons of water burst out of the burst water main in Birmingham. Right: Cars were almost completely submerged by the flood 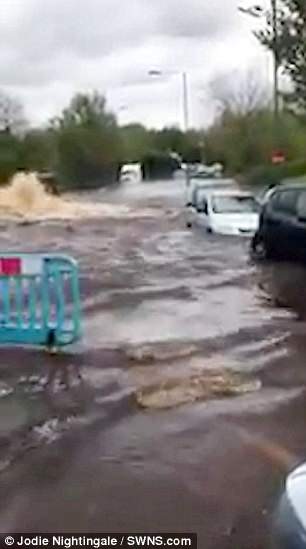 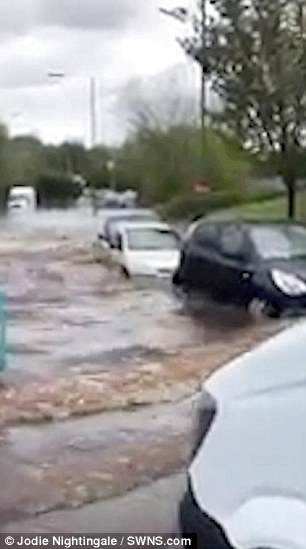 ‘The main on Leabrook Road North was damaged by a third party at approximately 10.30am on 26 April.

‘Our engineers are currently on site to isolate the damage.

‘Some customers may be experiencing low pressure or no water.’