We felt we'd won lottery moving to Australia, but now it's prison

We felt we’d won life’s lottery when we moved to happy-go-lucky Australia… but today it’s like an angry and divided prison, says mother-of-two who feels as ‘trapped as a koala in a bush fire’

All I wanted was to hug her on her birthday, look into her blue eyes and tell her that nothing in my life has been as precious as being her mum. But when our daughter turned 21 on Friday, none of us could be with her – not me, not her sister, not her dad.

More than 20 months since Covid-19 first reached us here in Australia, we are more restricted than ever. Nearly two thirds of the country is in lockdown, our lives and livelihoods in jeopardy and our tempers fraying.

So we watched our daughter – at university three hours away in Canberra – open her presents via Zoom. Technology may be helpful but it’s no way to mark a milestone birthday. She cried as she read a letter from her Nana in New Zealand. ‘When will I see you?’ she said quietly to herself. Sadly, none of us can say. 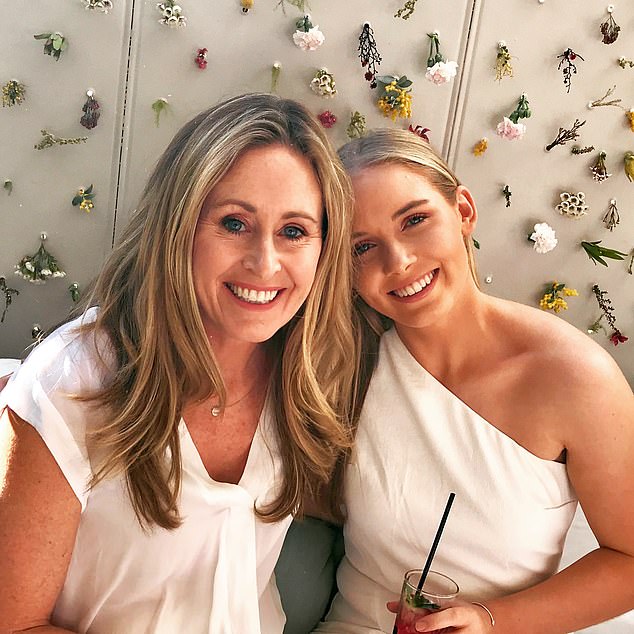 When our daughter turned 21 on Friday, none of us could be with her – not me, not her sister, not her dad. (Pictured, Angela Mollard and her daughter on her daughters 19th birthday)

While the rest of the world is opening up, we are shackled by stay-at-home orders and shut off from the world with no end in sight.

Australia, remember, closed its borders in a bid to remain entirely free from the disease. At first it worked.

For many, life went on pretty much as normal thanks to our strict Zero Covid response – and how pleased with ourselves we were.

But that was then. Now, businesses are going to the wall, police are patrolling the beaches in helicopters and on horses, and frustrated citizens are protesting, snitching on each other and tutting if someone gets too close in the supermarket.

The virus is spreading fast, almost no one is immune and just 17 per cent of the population has been fully jabbed. You can only leave your house to do essential work, shop for groceries, exercise or seek medical attention – we’re like the UK was in spring last year.

The military has been brought in to help the police enforce orders. Fines for breaches are hefty. Failure to wear a compulsory mask is to invite public scorn.

We’re as trapped as a koala in a bush fire.

The only way out, we’re told, is vaccination, but Australia’s so-called ‘strollout’ is mired in supply issues and poor messaging – not to mention apathy and outright resistance.

I’m counting the months since I last saw my daughter, but it might be years before I get to see my parents in New Zealand, my brother in Japan and my nieces in Wales.

Even one of Australia’s most popular breakfast television hosts, whose job description requires him to be the cheery face of the nation, gave up the pretence on Friday. 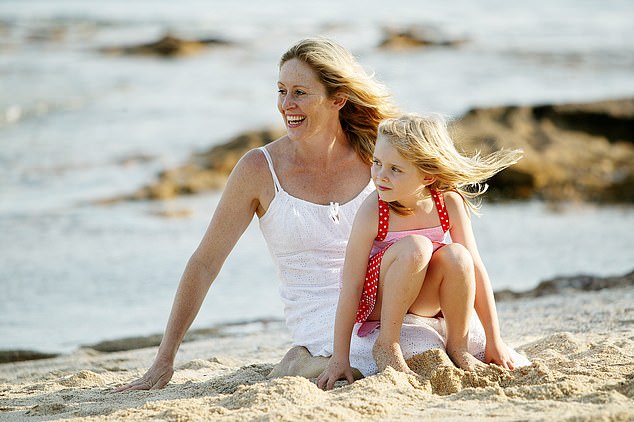 Australia, remember, closed its borders in a bid to remain entirely free from the disease. At first it worked. (Pictured, Angela Mollard and her daughter aged 5 on Manly Beach)

He summed up the thoughts of the nation, saying he was ‘over it’ and just wanted to go to the footie where he wanted to ‘have three meat pies and 45 schooners’ of beer. He’ll have to wait a while.

It’s a year since the A-level grades debacle in Britain. Now we’re embarking upon an exam fiasco of our own. Two weeks ago, my younger daughter, in her last year of school, was due to sit her first exams. She somehow completed her group drama performance while masked. The rest of her exams were postponed until next Monday…

Yet as I write, the government has changed its mind again. She will not be returning to school, after all, and will continue learning from home.

No one can say how she will be tested, ranked or certificated for university. What she does know for certain is that she’s abandoned her plan of moving to the UK to work as a teaching assistant – a rite of passage for so many Aussie kids.

We may have saved lives in Australia so far – deaths from Covid stand at 938 – but livelihoods are hanging in the balance. One in five hospitality, arts and recreation employees in New South Wales were stood down in the first half of July.

My income has dropped by 45 per cent and I’ve had to tighten my belt, but an accountant friend told me half her small business clients are going under because of lockdown – although some have not yet realised it.

In Melbourne, where residents have just entered their sixth lockdown, rows of shops are boarded up, the sad, hard evidence of a disease which strikes in more ways than one.

While you can protect yourself from Covid by shutting yourself behind your front door, it’s harder to maintain your mental health as the rest of the world resumes.

Film and literature have taught us that conventional stories move from ‘challenge’ through ‘adversity’ to ‘redemption’ – a Covid narrative now reaching its conclusion in Britain and America.

Here it’s a different tale: the early victories have made our subsequent failures all the harder to bear. There’s no story ‘arc’, just a woeful plummet from success and self-satisfaction to complacency and misery. Even the brief respite offered by the Olympics comes to a close this weekend. ‘Let us all rejoice, for we are one and free,’ our national anthem has urged at medal ceremonies. But we are neither ‘one’ nor ‘free’.

We’ve swapped our easy-going attitudes for fear, banned from travelling no further than six miles from our homes. Forget the wide-open landscapes that we used to love so much.

And just what sort of Australia will we be left? 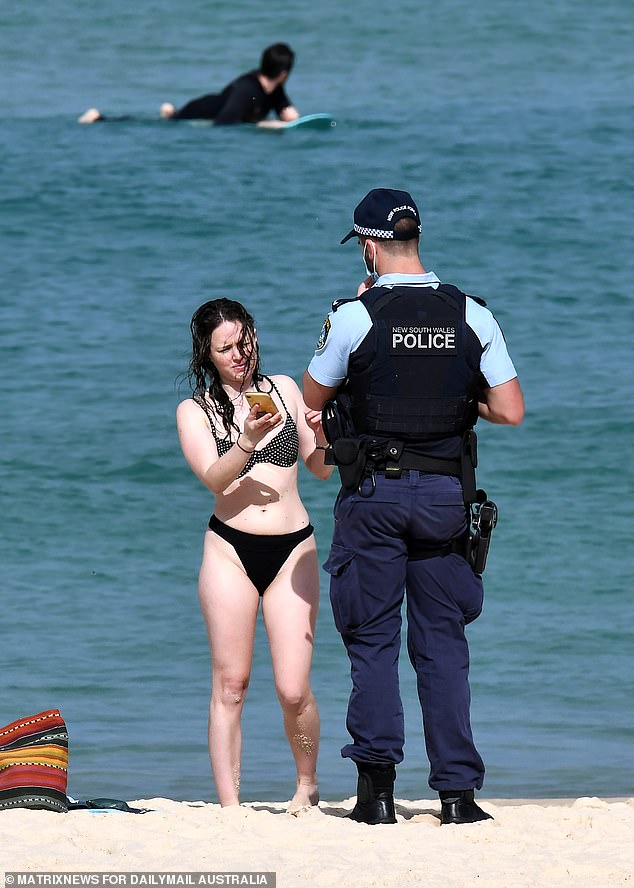 Covid is hardening us, dividing a nation of laid-back larrikins who used to sort out conflict over a beer at a barbecue.

Anger is rising everywhere. Eight districts north of Sydney are now locked down because one infected city dweller ignored restrictions to attend a beach party in the area. No wonder there’s fury.

Others are bewildered to learn that you can travel miles to see a long-distance lover you’ve known for less than a month, yet are banned from visiting a child or a dying parent.

It was the overwhelming space and freedom that convinced us to move to Australia all those years ago. And when our first daughter was born in a blue-skied, happy-go-lucky country in the first year of this new millennium, we felt she’d won life’s lottery.

Today it doesn’t feel that way. It seems the nation we chose for her is not a gift, but a prison.