We must not lose sight of ANZAC Day’s central meaning

Once again, ANZAC Day has fallen under the shadow of the COVID-19 pandemic. This time last year, amid global lockdowns, accelerating case numbers and no prospect yet of a vaccine, it was sadly accepted that, along with much else in our lives, the day’s major mass gatherings should be cancelled or drastically curtailed for the health risk they presented.

A year later, with the virus threat to Australia diminished, Perth’s outbreak and Victoria’s positive case notwithstanding, it has been less clear how to mark ANZAC Day. Rewind to 2019? Scale back the public events? Cancel it again?

In an ideal world we would have made a decision much earlier in the year. But it was not to be. As with so much in this pandemic, confusion and procrastination were the order of the day.

First, in February, the RSL said it was calling off the march due to concern about virus cases and the difficulties in holding a large event during the lingering pandemic.

After some public backlash and intervention from the Minister for Veterans, Shaun Leane, the march was given the go-ahead by Victorian health authorities, but scaled back to 5500 participants (fewer than half the number who attended in 2019) with spectators urged to stay away.

That raised more difficult questions around who should attend, and whether, if there was still a health risk, it was actually safe to attend at all, especially for our more vulnerable veterans. 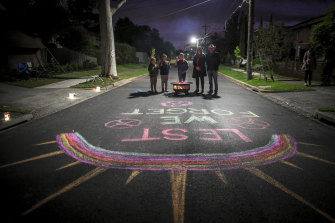 The government subsequently lifted the cap to 8000. But by then, according to the Victorian RSL, many veterans, amid some discontent and confusion about the process, had already decided to steer clear and commemorate at local events instead.

Some were unhappy that they were being asked to march in COVID-regulated age groups rather than in the units they had served in. Some said they would give their places up so others could attend.

Defence Minister Peter Dutton said the online registration system was an “annoyance” for many, and along with others questioned why numbers were capped for the march yet (when he spoke) 75,000 people (since raise to 85,000) could attend the ANZAC football match.

The result, after the various oscillations, was that so few veterans had registered in the days before the march it looked like the cap would not even be reached, potentially resulting in a march going ahead but with far fewer numbers than in previous years.

There’s no doubt the affair could have been better handled, with more clarity, sooner, around numbers and the process of registrations and ticketing. But to dwell on this little shambles would detract from the wider meaning of ANZAC Day.

Remember last year. Despite fears that with the major gatherings cancelled the memorial would come and go with little acknowledgement, it turned out to be the reboot ANZAC Day badly needed.

Around the nation, encouraged by an inspired social media campaign – the “Driveway at Dawn movement” – we greeted sunrise in tens of thousands of candle-lit micro-ceremonies on our nature strips, balconies and driveways, to the sound of The Last Post played on a thousand music-lesson cellos and trumpets.

After weeks of isolation and worry, many drew comfort from this spontaneous moment of reconnection with their fellow humans, albeit at a distance. They found meaning in that quiet companionship.

Intimate, personal and moving, it was ANZAC Day unplugged. At a difficult time for our nation, it not only reinforced our bond to our veterans, it reminded us all, in our own neighbourhoods, of the importance of community, self-sacrifice and resilience.

The grassroots movement may prove a lasting legacy of the pandemic and allow modern Australians to reconnect with a national day that for many has struggled to maintain meaning. This is especially important as we count the cost of our 20-year involvement in the Afghanistan war and prepare for a royal commission into the suicide of veterans and serving members of the defence forces.

However we commemorate ANZAC Day, and however many veterans end up attending the march, ­honouring the sacrifice of those lost in war and remembering the grief of those left behind must be central. And we must never stop questioning the cost and value of sending Australian men and women to serve on foreign soil.