This is the jaw-dropping moment a weather presenter solves a Rubik’s Cube in the middle of a forecast.

In the video, meteorologist Lauren Olesky is given the challenge of solving the puzzle during her broadcast by presenters Suzanne Boyd and Eric Roby on Florida news channel WPEC.

‘You may not know this but our Lauren Olesky can solve a Rubik’s Cube,’ Ms Roby says as Mr Roby fiddles with the cube at her side. 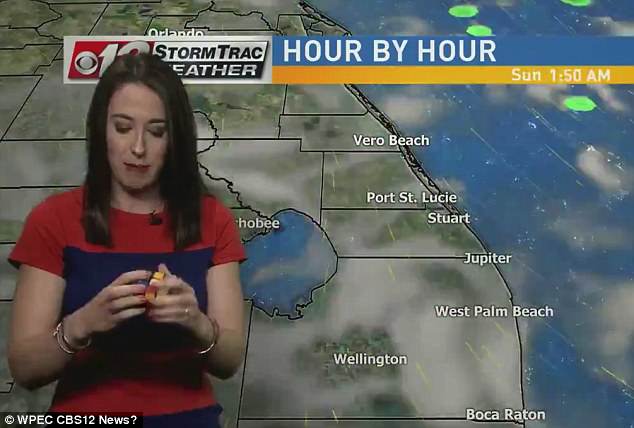 ‘We have been mixing this one up Lauren,’ she adds, pointing at the cube, ‘So Lauren we have a challenge for you. We want to know can you solve this and give the forecast at the same time?’

As the Camera cuts to Lauren she says:  ‘I am going to try. I am very nervous, my heart is racing a little bit.’

Lauren, who was born and raised in Broward County, Florida, one of the areas covered by the station, sets off at a frantic pace.

Footage shows her grappling with the Rubik’s Cube as she manages to maintain remarkably composed as she goes through the weather forecast.

At one point, the meteorologist breaks her train of thought and declares: ‘I think I’ve messed this up.’

But she eventually manages to solve the puzzle and is showered with praise by the two main presenters after achieving the feat.

The clip has been viewed hundreds of times on social media since it was filmed on Thursday last week.

While another said: ‘Nothing more wonderful than a smart woman!’ 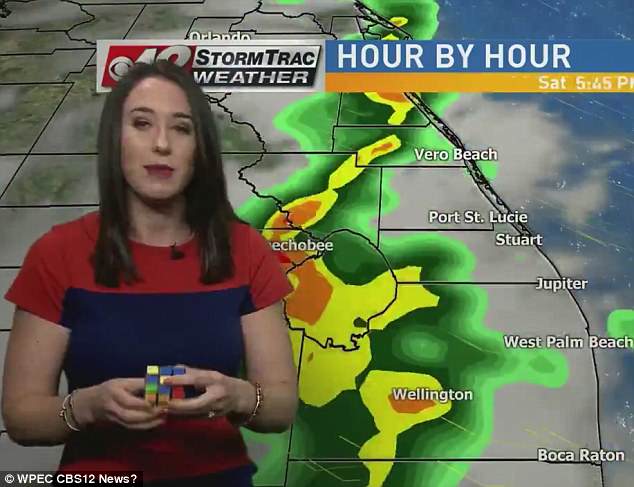 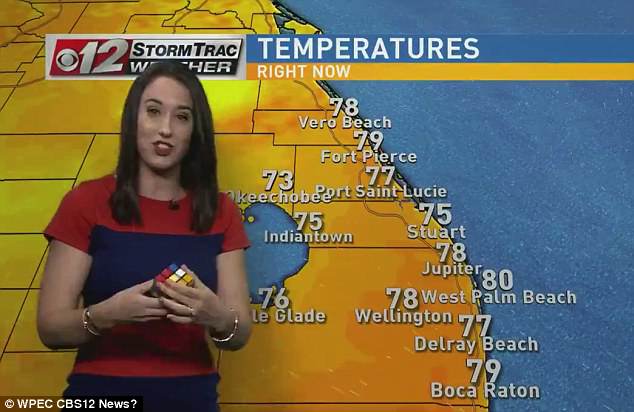 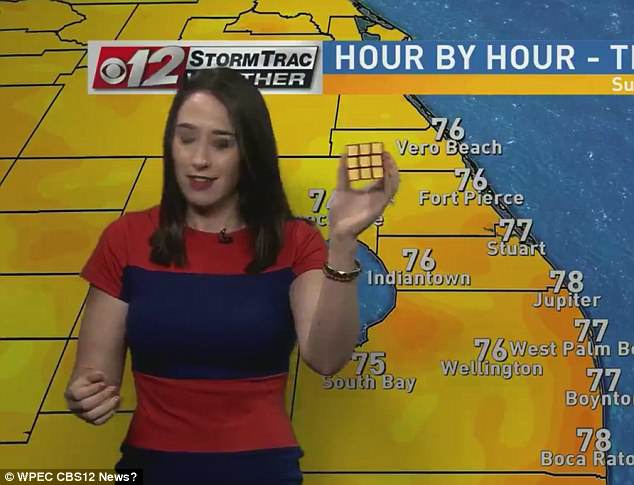