Weinstein denies admitting he offered jobs in exchange for sex 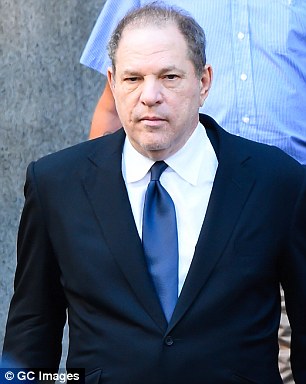 Harvey Weinstein has denied admitting that he offered jobs to women in exchange for sex and the journalist who quoted him as doing so has walked it back too.

In an article which appeared on The Spectator’s website on Friday afternoon, Taki Theodoracopulos quoted the 66-year-old as saying: ‘You were born rich and privileged and you were handsome.

‘I was born poor, ugly, Jewish and had to fight all my life to get somewhere.

‘You got lotsa girls, no girl looked at me until I made it big in Hollywood.

‘Yes, I did offer them acting jobs in exchange for sex, but so did and still does everyone.

‘But I never, ever forced myself on a single woman.’

Soon after the story emerged, Weinstein’s lawyer Benjamin Brafman, who was present during the interview, issued a statement to say he never made such a remark. 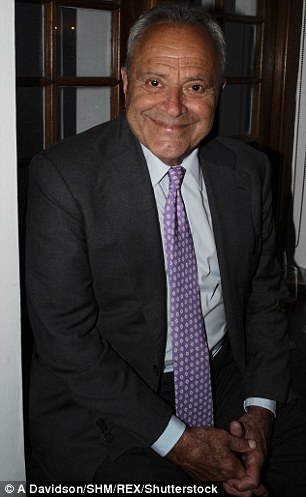 Taki Theodoracopulos (pictured)  said he may have ‘misrepresented’ Weinstein’s words

‘Harvey and Taki [the reporter] did not discuss the case, nor would I allow him to. They talked about old Hollywood and the contrast to European culture and I think Taki sees Harvey in that older light.

Shortly afterwards, Theodoracopulos conceded: ‘I believe that I may have misrepresented Harvey Weinstein’s conversation with me. It was my mistake.’

Weinstein is currently on bond awaiting trial for charges of sexual assault and rape.

Elsewhere in the interview, he is said to have suggested that Asia Argento, one of his earliest accusers who claims he raped her in the 1990s before they went on to have a consensual relationship for years, had been unfaithful to her ex-boyfriend Anthony Bourdain and was not, as was claimed by fellow Weinstein accuser and friend Rose McGowan after Bourdain’s suicide, in an open relationship with the TV chef. 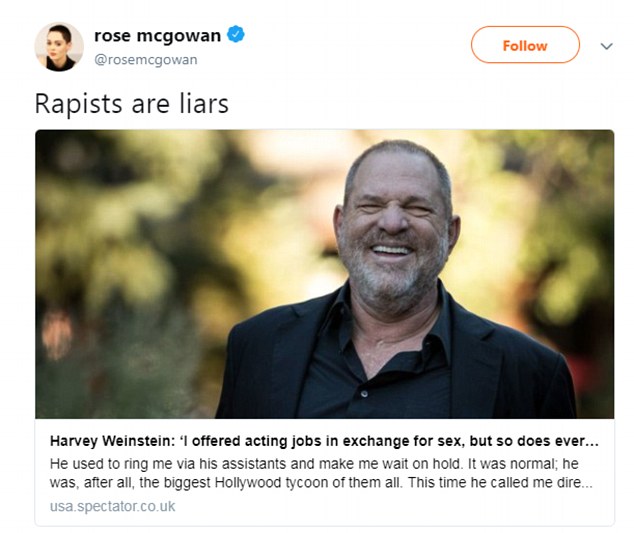 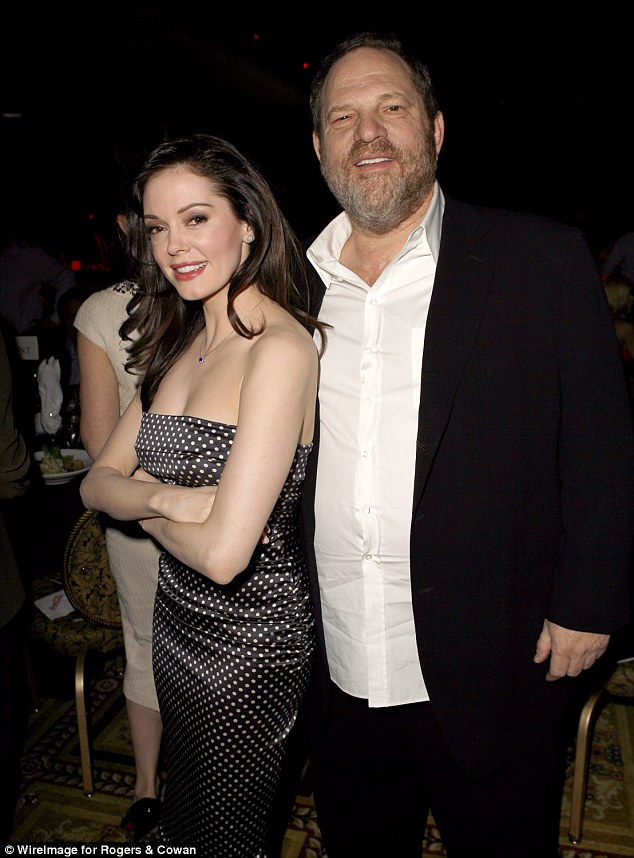 Rose McGowan claims Weinstein raped her in 1997. They are pictured in 2007

‘Ben Brafman, his lawyer, joined us and Harvey gave me the exclusive.

‘It was his take on Rose McGowan’s account of the “open borders” nature of the relationship between Asia Argento, another woman who claims to be a Harvey victim, and Anthony Bourdain.

‘Argento was canoodling with a Frenchman half her age and was doing it before Argento’s boyfriend Anthony Bourdain committed suicide.

‘Her friend McGowan claimed that Asia and Anthony had an open relationship.

‘It was obviously not true, says Harvey, but dead men tell no tales, so the girls made it up,’ writes Theodoracopulos.

McGowan also claimed to have been raped by the movie mogul. 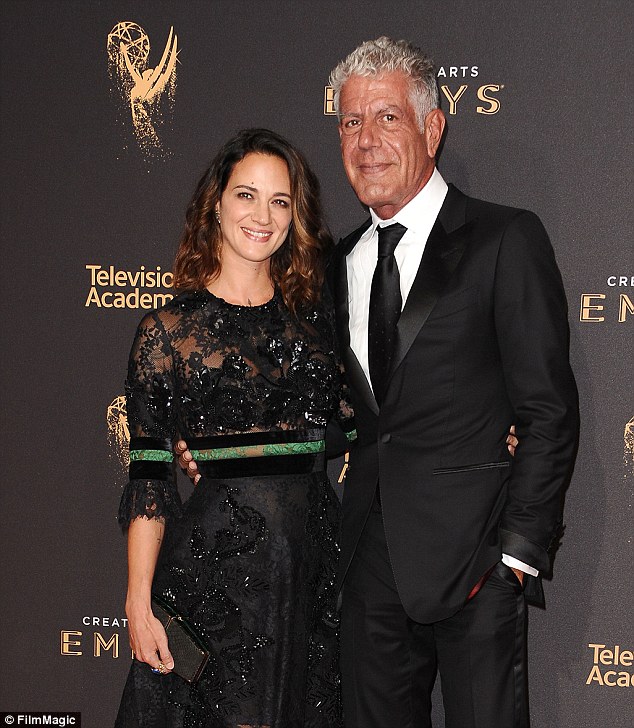 According to The Spectator columnist, Weinstein also suggetsed that Asia Argento, one of his accusers, was not in an open relationship with the late Anthony Bourdain and that her friend Rose McGowan made the claim after Bourdain’s suicide in June to cover up Argento being spotted with another man

He has always vehemently denied being forceful towards any woman and has pleaded not guilty to all charges he faces.

After the interview was published on Friday afternoon, McGowan took to Twitter to brand him a ‘liar’.

‘Being that I was in the middle of my second film for his company, having NEVER met him before the morning of my rape, and never worked for him again, this is a clear lie. Nice try, rapist,’ she tweeted.

In an earlier post, she wrote: ‘Rapists are liars’.

Earlier in the article,  Theodoracopulos recalled how Weinstein once tried to encourage him to produce a documentary about his love life.

The writer said he was told: ‘You’re nuts not to do it, it’s a great story, just think of all the babes and stars you’ve had, you’ll be a star in no time.’

He also recalled holiday parties where Weinstein would try to pick up ‘every young woman’. 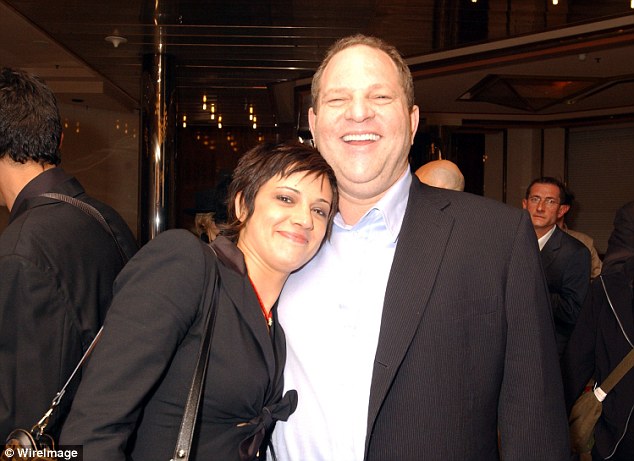 Argento claims to have been raped by Weinstein in 1997. They had a consensual relationship for several years afterwards. They are pictured together in 2004

“‘Will you give me your address and I’ll make you a star,” is the theme of the pickup.

‘Some say yes, some say no. His reaction was always the same. Smile and laugh and hit on the next one,’ Theodoracopulos said.

He argued that Weinstein, who is 66 and ‘not in good health’ should not have to see the inside of a jail cell because he had suffered enough by losing ‘everything’.

‘Hollywood has always treated women like dirt. In my book the one that got caught should not pay for the rest of the bums that make these horrible films of today.

‘At least Harvey made good ones. Very good ones at that,’ he wrote.

admits, does, Exchange, Harvey, jobs, offering, Sex, So, Unrepentant, Weinstein
You may also like:

The Covid denier: Belarus President says it will be beaten with vodka