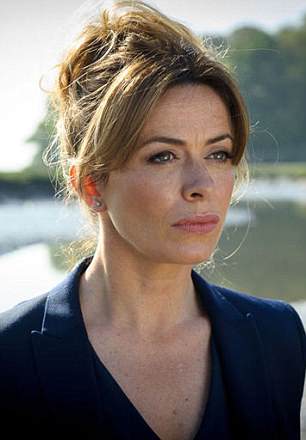 Keeping Faith, starring Eve Myles as Faith Howells (pictured) has been viewed by 8million people since it appeared on iPlayer in February

Brits are by this point used to the Scandinavian crossover hit. What they might be less accustomed to are binge-worthy box sets from closer afield.

The latest dual language drama keeping families huddled around the telly comes from just across the border in Wales.

The thriller-cum-kitchen sink drama, set in small-town Wales, has broken iPlayer records with more than eight million tuning in since it launched exclusively on the service in February – becoming the most watched non-network BBC show.

The show was filmed in both Welsh and English and originally aired on S4C – the Welsh language channel – in Autumn last year.

After auditioning for the part in Un Bore Merche, as the series is called in Welsh, Myles decided she would learn the language because she would ‘do anything to get the part’. 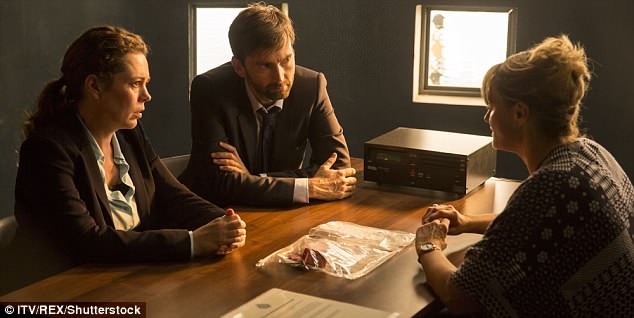 But breaking into the British viewers sitting room to longer.

On the face of it the show lacked the troubled female detective, muted pallet and abundant gore of any good Scandinavian thriller.

Would this not put off British drama lovers? Apparently not.

Like Broadchurch, the programme proves breathtaking scenery can be found closer to home than one might think.

But it might be the show’s central depiction of a mother struggling to keep a family’s life on track despite heartbreak that has captured viewers.

‘Women in the midst of motherhood aren’t seen as sexy or interesting enough to play lead roles,’ said Pip Broughton, the show’s director.

‘Faith has bust that myth.’

Keeping Faith is available for just a week longer on iPlayer.