The fast bowler accepted the International Cricket Council’s (ICC) code of conduct charge for the remark and will miss the first four matches of the upcoming one-day series.

Gabriel has been fined 75% of his match fee for the third Test in St Lucia and handed three demerit points, taking his total to eight – enough to be banned for four ODIs or one Test.

The nature of his words is not known but Root was picked up on stump microphones telling Gabriel “don’t use it as an insult. There’s nothing wrong with being gay”.

Gabriel was charged with breaching Article 2.13 of the ICC’s code of conduct.

The code notes that when assessing the seriousness of the breach “the context within which the criticism and/or comment has been made must be taken into account”.

Root has been praised for making a stand against homophobia and for his good-natured reaction when asked at the end of play to explain the heated incident. 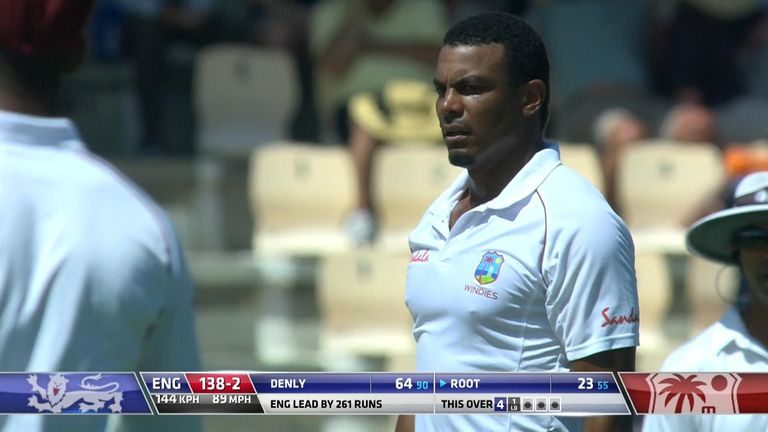 He said: “It’s Test cricket. He’s an emotional guy trying to do everything he can to win a Test match.

“Sometimes people say things on the field that they might regret, but they should stay on the field.

“He’s a good guy who plays hard cricket and is proud to be in the position he is. The battle was a good contest. He’s had a wonderful series and he should be proud.”

Former England captain Nasser Hussain, who is also a Sky Sports cricket expert, told Sky News: “Joe Root as a role model, as England captain, stood up in the middle of a Test match to what he thought was homophobic abuse and said ‘I’m not having that’.

“He could have shrugged or laughed it off but he didn’t.

“There’s no room for homophobia on or off the cricket pitch which is why I applaud what Joe Root did.”