Westminster Abbey loses more than £12million in revenue this year

Westminster Abbey is down more than £12million in revenue and is set to make around 20 per cent of its staff redundant in a ‘shattering blow’.

The Abbey’s finances have taken a hit amid the coronavirus pandemic, as more than 90 per cent of its income depends on visitor entrance fees, the BBC reported.

Westminster Abbey reopened to limited tourist visits on July 11, after coronavirus forced it to close on March 20.

This was the longest closure for the royal church in central London since the Queen’s coronation nearly 70 years ago. 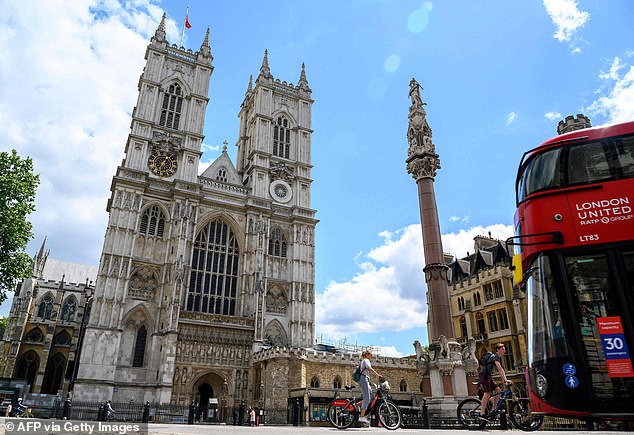 Westminster Abbey (above) has lost more than £12million in revenue this year, as almost 90 per cent of its income depends on visitor entrance fees 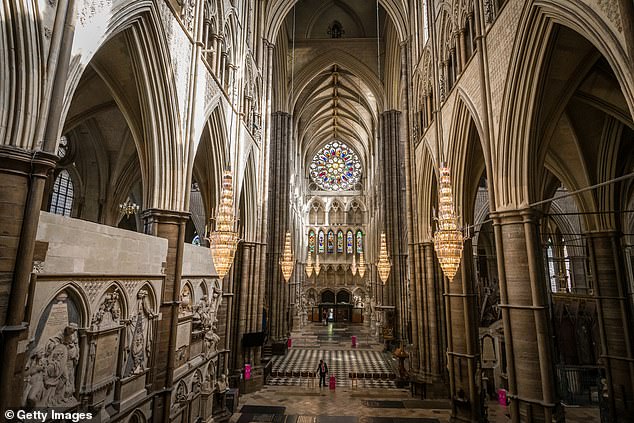 The royal church reopened to limited visitors on July 11, after the Abbey’s longest closure since the Queen’s coronation almost 70 years ago

The Abbey closed for five months in 1953, when a colossal bank of tiered seats was added for more than 8,000 guests at Elizabeth’s II coronation ceremony.

The dean of Westminster Abbey, the Very Reverend Dr David Hoyle, told the BBC that ‘breathtaking’ losses of between £9million and £12million are also expected next year.

‘We’re negotiating one of the greatest challenges to hit the Abbey in recent times.’

Dr Hoyle said the Abbey’s financial reserves will be depleted by a third from September, as limited numbers are able to visit due to social distancing.

It now holds 22 services weekly, but is limiting the size of congregations to maintain social distancing.

The Abbey, which opened for private prayer on June 15 and began public worship on July 5, is open to visitors with timed-entry tickets only available through online advance booking.

In August, the royal church is open for visitors on Fridays and Saturdays between 10am and 2pm, and on Wednesday evenings, between 4.30pm and 6pm.

But visitor numbers are not expected to return to pre-pandemic levels for up to five years. 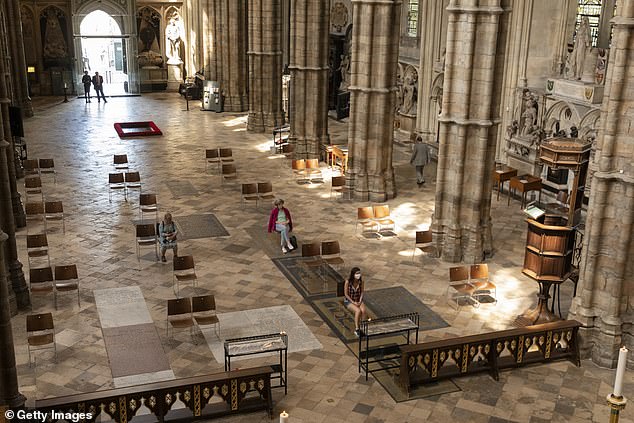 The dean of Westminster Abbey, the Very Reverend Dr David Hoyle, said that ‘breathtaking’ losses of between £9million and £12million are also expected next year 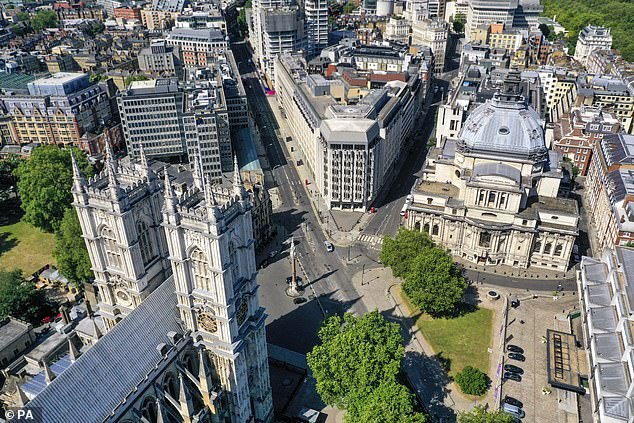 The Association of English Cathedrals, which represents Westminster Abbey, also warned that job cuts will hit churches, when the government’s job retention scheme ends in October

Dr Hoyle said that it was ‘inconceivable’ for the gothic Abbey to be so quiet, as it normally admits 1,000 an hour in a ‘normal’ July.

Westminster Abbey has already announced plans to stop regular Sunday services at St Margaret’s in Parliament Square, as worshippers will merge with the Abbey’s congregation.

The St Margaret’s professional choir is also reportedly set to be disbanded.

The Association of English Cathedrals, which represents Westminster Abbey and the Church of England’s 42 cathedrals, warned that job cuts would hit churches, when the government’s job retention scheme ends in October.

The royal church does not count as one of the Church of England’s cathedrals, due to its status as a Royal Peculiar.

As it is owned by the monarch, Westminster Abbey is not eligible for funding by the Church Commissioners.

But the Church of England’s cathedrals are also set for staggering losses this year.

They are projected to be down more than £28.4million on their estimated budgets for this year, and are set to lose another £15.5m next year.

abbey, loses, More, t, Westminster
You may also like:

Ghislaine Maxwell is woken up every 15 minutes in jail to prevent suicide: lawyers