Follow
Home » World News » What did the confederate flag represent? – The Sun

What did the confederate flag represent? – The Sun

THE confederate flag once used to represent the Confederacy during the Civil War is now seen as a symbol of the oppression of civil rights.

What did the confederate flag stand for?

11 Southern states seceded from the Union in the North between 1860-61, establishing their own government and conducting their way of life separately.

The Confederate flag was designed to signify a divided nation. It went through three iterations before it came to be the one we recognize today that features a red banner, a blue St Andrew's cross, and 13 white stars that represent the Confederate states. It was flown by several Confederate armies, including that lead by Robert E. Lee, who fought to protect slavery as an institution.

Why does Mississippi still have the confederate flag?

The confederate flag has been used in the state since 1894. It is the only state in the country whose flag features the confederate symbol.

Several public institutions in Mississippi, including Missississippi State University and the University of Mississippi, have opted not to fly the controversial flag in disagreement with what it represents. 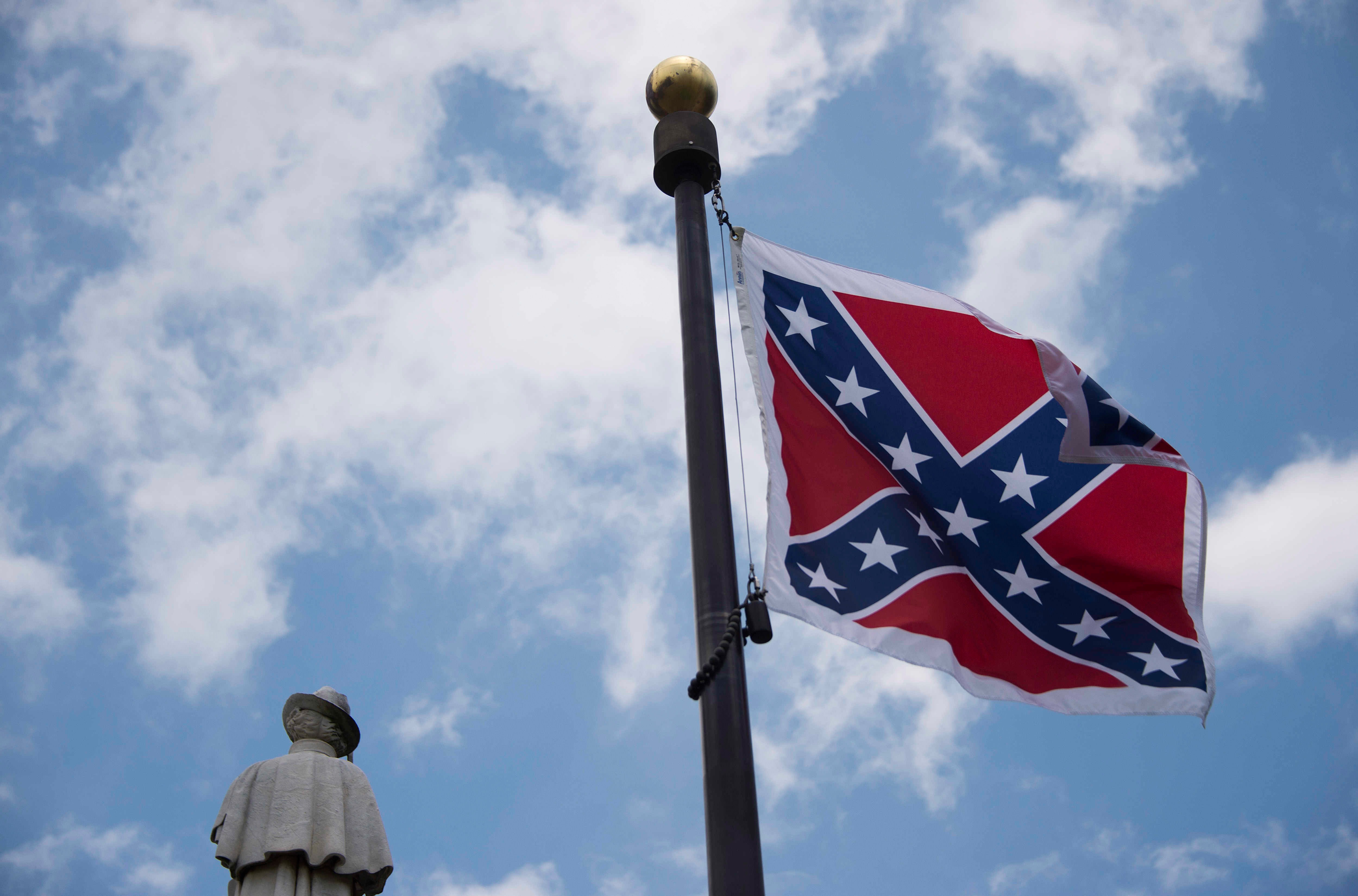 The last time the state considered changing the flag was back in 2001, where keeping it was put to a vote. 65% of voters wanted to keep the Confederate emblem as opposed to changing it to 20 white stars on a blue banner, signifying Mississippi's establishment as the 20th state in the USA.

What were the 11 confederate states?

By the time war was declared in 1861, they were joined by Arkansas, Tennessee, Virginia, and North Carolina. The Confederacy was headed by President Jefferson Davis and Vice Pres. Alexander H. Stephens.

What did the confederates believe in?

The confederates seceded from the Union after the election of President Abraham Lincoln in November 1860, who threatened their right to keep slaves. The war began on the premise of slavery—the Confederacy saw slaves as an integral part of their economy.

For so many Americans today, the confederate flag now symbolizes the oppression, torture, and terror of their predecessors. In the wake of the Black Lives Matter movement, statues of those historical figures involved in the slave trade like Edward Colston and Robert Milligan are being torn down across the globe.

What does the confederate flag stand for now?

Former governor of South Carolina Nikki Haley once said that the Confederate flag meant “service, sacrifice and heritage” for the state.

Following a mass shooting where white supremacist Dylan Roof murdered nine Black Americans during an evening bible study in a South Carolina church, Haley deemed that the flag had been "hijacked", and it was removed from the South Carolina statehouse ground permanently. 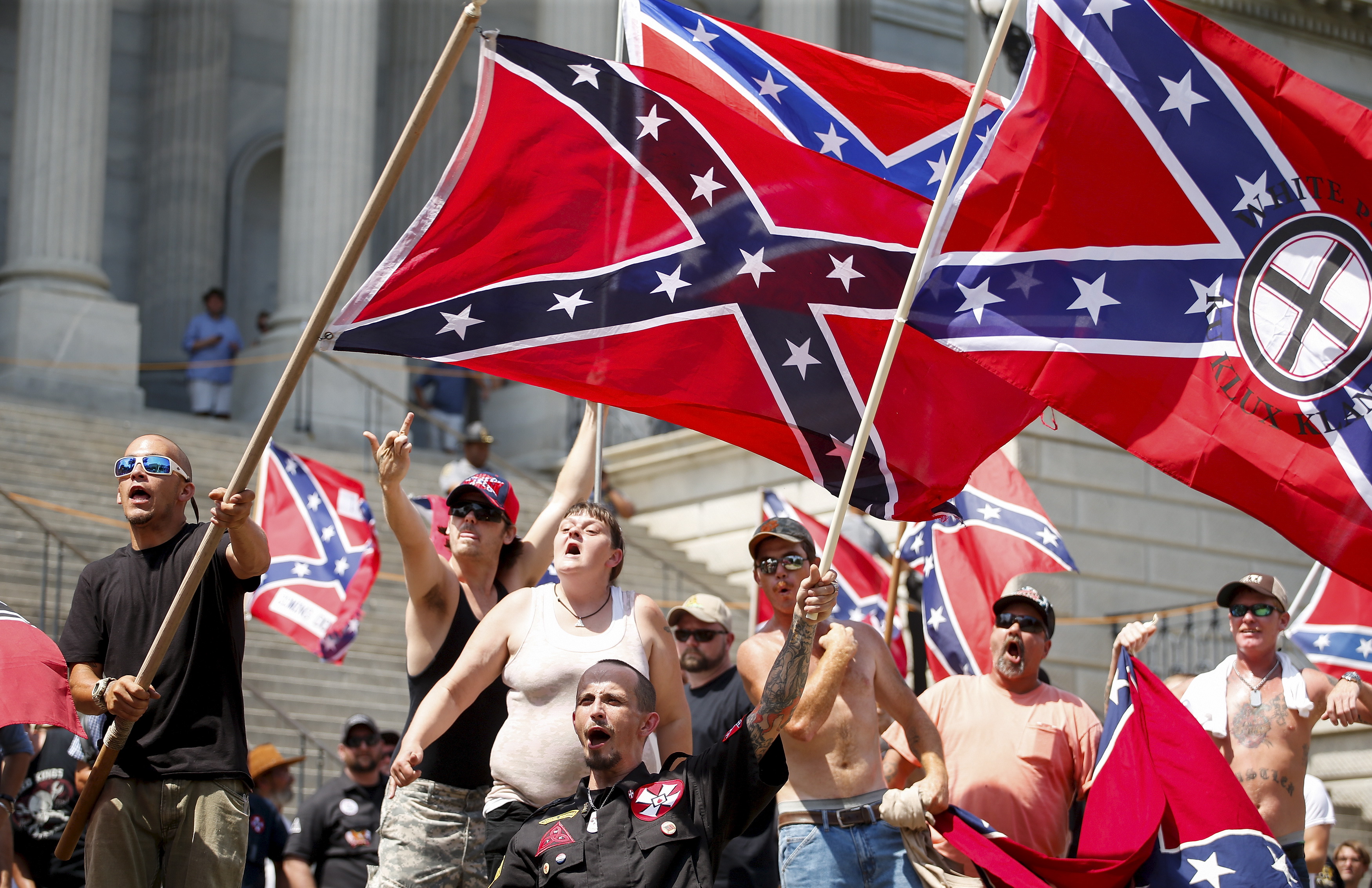 A poll by YouGov asked 34,000 Americans whether they thought the Confederate flag represented racism or heritage.

The results showed 41% of Americans consider the Confederate flag to represent racism. For 31% of Americans, however—particularly adults that live in rural communities, non-college-educated white Americans and adults over 65— the flag represents heritage.

In 2016, after the U.S. House banned Confederate flags being flown at war veteran cemeteries, many major retailers like Sears, Wal-Mart, and eBay followed suit and stopped selling the flag.

confederate, Did, flag, the, what
You may also like: