What Trump’s got wrong on birthright law 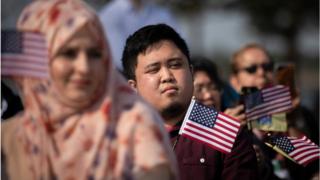 President Donald Trump says he plans to end “birthright citizenship” in the US by executive order. Can he do that?

In an interview with Axios, President Trump claimed that he was working on an end to birthright citizenship, the 150-year-old principle that says anyone born on US soil is an American citizen.

“It was always told to me that you needed a constitutional amendment. Guess what? You don’t,” Mr Trump said. “You can definitely do it with an Act of Congress. But now they’re saying I can do it just with an executive order.”

Mr Trump claimed that such an order was currently in the works, and not long after, South Carolina Senator Lindsey Graham tweeted: “I plan to introduce legislation along the same lines as the proposed executive order from President @realDonaldTrump.”

The president’s comments have ignited a furious debate about whether or not the president has the unilateral power to do such a thing, and whether the underlying premise – that birthright citizenship is exploited by undocumented immigrants – has any merit.

1) What is ‘birthright citizenship’?

The first sentence of the Fourteenth Amendment to the US constitution establishes the principle of “birthright citizenship”:

Immigration hardliners argue that the policy is a “great magnet for illegal immigration”, and that it encourages undocumented pregnant women to cross the border in order to give birth, an act that has been pejoratively called “birth tourism” or having an “anchor baby”.

“The baby is essentially a citizen of the United States for 85 years with all those benefits. It’s ridiculous,” Mr Trump told Axios. “It has to end.”

A 2015 Pew Research Center study found that 60% of Americans opposed ending birthright citizenship, while 37% were in favour.

Previous Supreme Court decisions, like Dred Scott v Sandford in 1857, had decided that African Americans could never be US citizens. The Fourteenth Amendment overrode that.

In 1898, the US Supreme Court affirmed that birthright citizenship applies to the children of immigrants in the case of Wong Kim Ark v United States. Wong was a 24-year-old child of Chinese immigrants who was born in the US, but denied re-entry when he returned from a visit to China. Wong successfully argued that because he was born in the US, his parent’s immigration status did not impact the application of the Fourteenth Amendment.

“Wong Kim Ark vs United States affirmed that regardless of race or the immigration status of one’s parents, all persons born in the United States were entitled to all of the rights that citizenship offered,” writes Erika Lee, director of the Immigration History Research Center at the University of Minnesota. “The court has not re-examined this issue since then.”

“He’s doing something that’s going to upset a lot of people, but ultimately this will be decided by the courts,” says Saikrishna Prakash, a constitutional expert and University of Virginia Law School professor. “This is not something he can decide on his own.”

Mr Prakash says that while the president can order the employees of federal agencies to interpret citizenship more narrowly – agents with the US Immigration and Customs Enforcement, for example – that will inevitably invite legal challenges from people whose citizenship is being denied.

That could lead to a lengthy court battle that could ultimately wind up at the US Supreme Court.

Republican House Speaker Paul Ryan was blunt in rejecting the president’s claim he could act unilaterally.

However, Martha S Jones, author of Birthright Citizens, wrote on Twitter that the Supreme Court has not directly addressed whether or not the children of non-citizens or undocumented immigrants should automatically become citizens at birth.

“Scotus [Supreme Court of the United States] could distinguish from Wong Kim Ark on the facts,” Ms Jones writes.

“Wong’s parents were authorised or we might say legal immigrants. Their presence in the US was authorised.”

“People who are on a tourist visa or here without permission… their children are automatically given birthright citizenship,” he says. “That’s the way it’s been read in modern times even though there’s been no definitive Supreme Court pronouncement on that.”

A constitutional amendment could do away with birthright citizenship, but that would require a two-thirds vote in both the House of Representatives and the Senate and approval by three quarters of US states.

4) Any politics at play here?

Donald Trump’s decision to once again push for an end to birthright citizenship – which he now says can be done with a stroke of his presidential pen – should be seen in the context of next week’s mid-term elections.

As with the White House announcement of more than 5,000 troops dispatched to the US border, this appears to be another effort to focus American attention on the immigration issue.

Mr Trump made a hard-line immigration stance a central part of his 2016 presidential campaign and views it as one of the reasons he prevailed.

Now, in the electoral home stretch that could determine the success of the second half of his four-year presidential term, Mr Trump is reaching again for a familiar handhold.

A poll conducted in 2017 shows a majority of the public supported birthright citizenship, including for undocumented migrants, but 30% were opposed.

Even if those numbers haven’t changed, convincing that third of the American public that the president is fighting for them – and could get what they want if Republicans hold the Congress – might be enough to tip the balance the president’s way in key races next Tuesday.

“This has nothing to do with elections,” Mr Trump said in a recent interview.

The timing of these efforts, however, is hard to ignore.

5) Do other countries have birthright citizenship?

In his remarks to Axios, Trump falsely claimed that the United States is the only country that has birthright citizenship.

In fact, more than 30 countries – including Canada, Mexico, Malaysia and Lesotho – practise automatic “jus soli”, or “right of the soil” without restriction.

Other countries, like the UK and Australia, allow for a modified version where citizenship is automatically granted if one parent is a citizen or permanent resident. 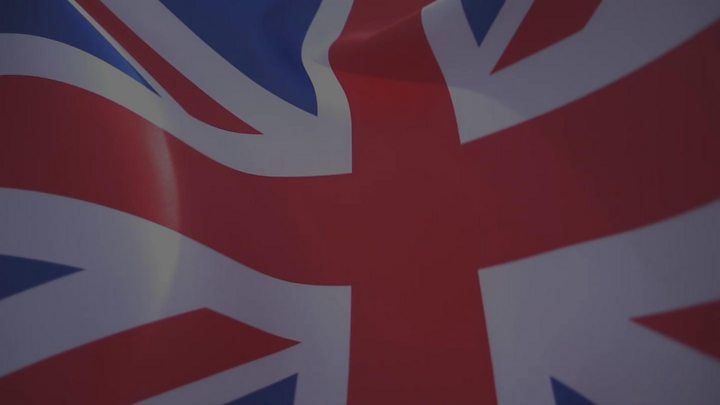 Nor is the United States the only country where the practice has come under fire.

In August, delegates at the national convention for Canada’s centre-right federal Conservatives voted to end birthright citizenship for children unless one parent is either Canadian or a permanent resident.

Following the vote by the grassroots membership, Conservative leader Andrew Scheer said the party would look into developing a more targeted policy addressing the issue of so-called “birth tourism”.

According to the Pew Research Center, there were 275,000 babies born to unauthorised immigrant parents in the US in 2014, and 4.7 million US-born children under the age of 18 living with at least one parent who is undocumented.

Throughout the 1990s and 2000s, births to unauthorised immigrant parents steadily rose before peaking in 2006, and have declined since then.

Although Pew does not have exact numbers on the countries of origin of these parents, Mark Lopez, Director of Global Migration and Demography, says that three-quarters of unauthorised immigrants in the US are from countries in Latin America.

“Hispanics will make up the majority of these children born to unauthorized immigrant parents,” he says.

However, he adds that since we do not know how Mr Trump might write his executive order, the children of visa-holders or other temporary residents may also be impacted.