Washington: A Facebook whistleblower has accused the social media giant of putting “astronomical profits before people” and called for politicians to rein in the power of big tech in damning testimony before the US Congress. 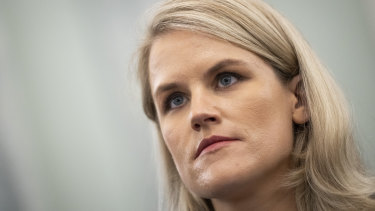 Other documents showed that Facebook had failed to crack down on drug cartels and human traffickers.

“I am here today because I believe Facebook’s products harm children, stoke division and weaken our democracy,” Haugen told the Senate Commerce Committee.

“The company’s leadership knows how to make Facebook and Instagram safer, but won’t make the necessary changes because they have put their astronomical profits before people. Congressional action is needed. They won’t solve this crisis without your help.”

Haugen, who left Facebook in May, continued: “The choices being made inside of Facebook are disastrous for our children, for our public safety, for privacy and for our democracy. And that is why we must demand Facebook changes.”

She said that Facebook founder Mark Zuckerberg ruled the company “unilaterally” and needed more limits on his power.

“The buck stops with Mark” she said. “There is no one currently holding Mark accountable but himself.” 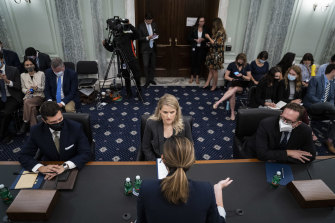 Haugen’s testimony worsened an already torrid week for Zuckerberg after Facebook suffered a major outage on Tuesday (AEDT) that left users unable to access its services for almost six hours.

Facebook and Zuckerberg faced fierce criticism from both Democrats and Republicans on the committee who vowed to work together to introduce legislation to make the company more accountable and transparent.

“The damage to self-interest and self-worth inflected by Facebook today will haunt a generation,” Blumenthal said, adding that Haugen’s leaks constitute “documented proof that Facebook knows its products can be addictive and toxic to children”.

The top Republican on the committee, Marsha Blackburn, said that Facebook had “gotten away with abusing consumers for far too long”.

“By shining a light on Mr Zuckerberg and the company’s conduct, we will help hold them accountable,” she said.

Blackburn was among several senators who took a swipe at Zuckerberg for posting a picture of himself sailing over the weekend while remaining silent about Haugen’s revelations.

“Rather than taking responsibility and showing leadership, Mr Zuckerberg is going sailing,” she said.