Follow
Home » World News » Who is Justine Sacco and what did she say?

Who is Justine Sacco and what did she say?

Her tweet resulted in internet backlash and she was eventually publicly fired from her job at IAC, where she worked as the senior director of corporate communications. 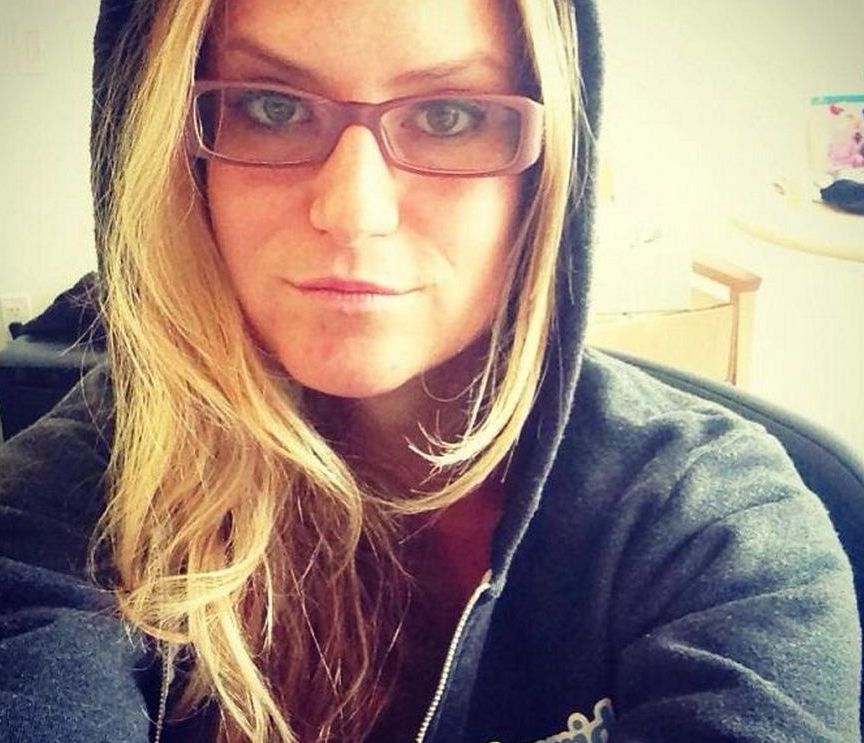 Who is Justine Sacco?

Born in 1983, Sacco, 39, is a Tule University graduate with a Bachelor's degree in Philosophy.

According to her LinkedIn profile, she left FanDuel in 2018 and went on to become the VP of communications for Match Group and has been their chief communications officer since February of 2020.

Sacco is known for her controversial tweet back in 2013 that many people have referred to as one of the first acts of cancel culture.

Not much information about Sacco's personal life is known as she has tended to stay out of the spotlight since her tweet.

What did Justine say?

Back in December of 2013, Sacco boarded a plane to South Africa and prior to taking off, she sent out a tweet saying: "Going to Africa. Hope I don’t get AIDS. Just kidding. I’m white!"

During her 11 hour flight to Cape Town, Sacco's tweet had sparked outrage on Twitter and it promoted the hashtag #HasJustineLanded.

By the time she landed, the tweet had become the number one trending topic in the world despite her account only having 170 followers at the time.

After landing, her phone blew up with hundreds of messages and countless mentions on Twitter.

“In light of @Justine-Sacco disgusting racist tweet, I’m donating to @care today,” one user said while another added “How did @JustineSacco get a PR job?! Her level of racist ignorance belongs on Fox News. #AIDS can affect anyone!”

One of her IAC co-workers added, “I’m an IAC employee and I don’t want @JustineSacco doing any communications on our behalf ever again. Ever.” 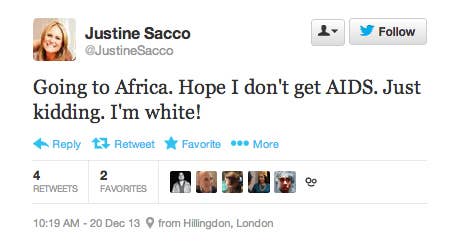 After the backlash started to settle down, Sacco talked to author Jon Ronson and offered an explanation for her tweet.

“To me it was so insane of a comment for anyone to make,” she said at the time.  “I thought there was no way that anyone could possibly think it was literal."

She continued: “Unfortunately, I am not a character on ‘South Park’ or a comedian, so I had no business commenting on the epidemic in such a politically incorrect manner on a public platform … To put it simply, I wasn’t trying to raise awareness of AIDS or piss off the world or ruin my life. Living in America puts us in a bit of a bubble when it comes to what is going on in the third world. I was making fun of that bubble.”

Despite a rough couple of years, she was able to get back onto her feet and has since stayed out of the spotlight and mostly off of Twitter.

And, is, Justine, Sacco, what, Who
You may also like: