Grieving widow of RAF officer, 41, who plunged 20ft to his death from a hotel window after friend’s wedding fights owners for £400,000 payout over safety fault

The grieving widow of an ‘intoxicated’ RAF officer who fell to his death from a hotel window after a friend’s wedding is fighting for a £400,000 payout after the owners appealed a judge’s ruling that they should pay compensation for a safety fault.

Sergeant Christopher James, 41, toppled 20ft onto the pavement below after slipping from the window sill of his second floor bedroom at the Grade-II listed White Lion Hotel, in Upton-upon-Severn, Worcestershire.

The father lost his balance after opening the sash window to get more air and smoke a cigarette in the early hours of a sweltering July night in 2015, suffering fatal head injuries when he hit the pavement, the Court of Appeal heard. 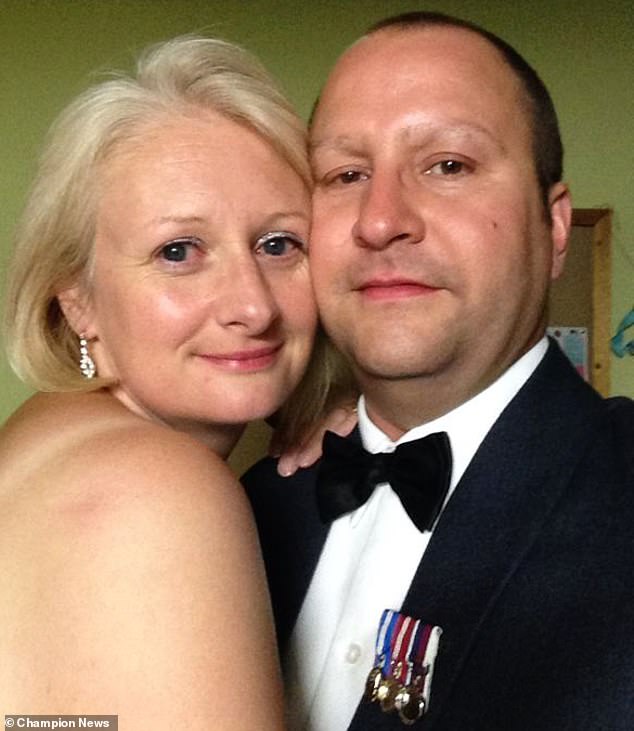 Sergeant Christopher James – pictured with his widow, Debbie – toppled 20 feet onto the pavement below after slipping from the window sill of his bedroom

Mr James’ widow, Deborah, 43 – a teacher from Par in Cornwall – won the first round of her legal battle in January when a judge in Bristol ruled she was entitled to a payout.

Judge Barry Cotter QC found Mr James was ‘mildly to moderately intoxicated’ when he returned to his hotel late at night after attending his friend’s wedding, but that ‘he was not drunk’.

He agreed that the fact the sash window could be opened fully – which increased the risk of someone falling out of it – was partly responsible for the accident and that the owners should pay compensation for this safety breach.

But the White Lion Hotel is now appealing his judgement, arguing that Mrs James’ claim should be thrown out because her husband ‘chose to sit on the window sill and accept the risk of falling out’.

Mr James had gone to the wedding reception with three friends who were also staying in the hotel, and who were woken next morning with the news their friend was dead.

In court documents, Mrs James’ QC, Robert Weir sketched out the likely events leading up to the fall, which he said resulted from a combination of a low window sill, the fact that the window could be opened fully, and the sash mechanism being defective.

‘Mr James had opened a sash window in his second floor bedroom at night as he was struggling with the heat and was considering smoking a cigarette,’ he said.

‘At some point he lost his balance and fell from the window to his death on the pavement below.’ 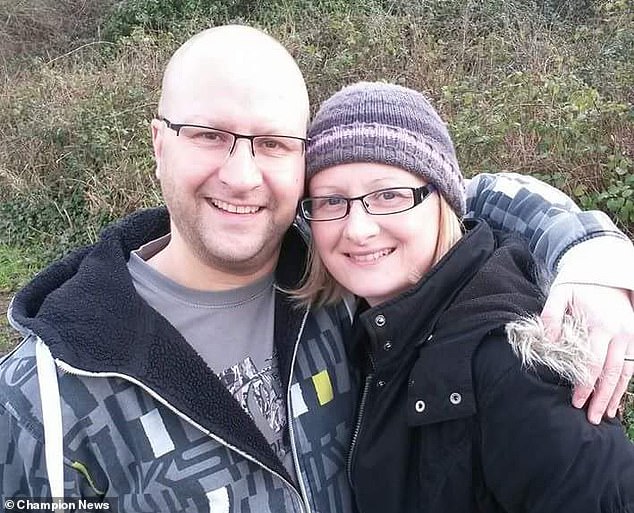 The QC added: ‘He was certainly careless but, in sitting on the window sill, he was not freely and voluntarily undertaking an activity with inherent risk, let alone with an obvious risk of falling.’

Judge Cotter held the hotel owners liable for the fall, while finding that Mr James was himself 60 percent at fault ‘for choosing to sit on the window sill’.

He found that, had the hotel not breached its duty of care, Mr James ‘would not have been in a position to open the sash window fully and so would not have accidentally fallen out’.

After the tragedy, the hotel pleaded guilty to an offence under the 1974 Health and Safety at Work Act for failing to identify or eliminate the risks of falling.

But the hotel’s QC, Ronald Walker, is now arguing that Mr James had ‘chosen to run an obvious risk’.

Even if the window was unsafe Mrs James could not get away from her husband’s risky conduct, he insisted.

Mr James was remembered by his widow, Deborah, as a ‘very loving father’ who was always smiling.

‘He was full of life, very fun, jovial, certainly an extrovert,’ she said. 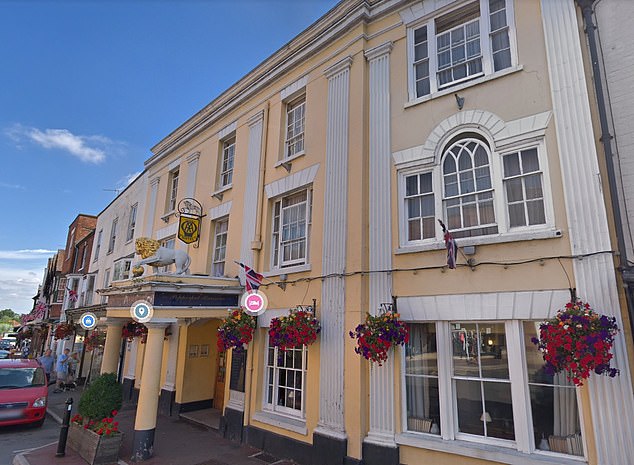 fell, of, officer, RAF, Who, Widow
You may also like: