A wildlife trust has been blasted by residents over plans to convert a nature reserve, which was donated to them in a woman’s will, into a glamping holiday park over fears it will attract stag and hen parties.

The £400,000 Tretawdy Farm and Nature Reserve was given to charity by wealthy widow Eileen Cook who died in 2016 aged 98.

The 19-acre site is at the centre of a bitter dispute over plans to turn derelict barns into luxury holiday lodges.

When Mrs Cook passed away she gifted the farm and Tretawdy Nature Reserve to the Herefordshire Wildlife Trust.

It was conditional on the trust maintaining the site, which sits on the border of the Wye Valley Area of Outstanding Natural Beauty (AONB), as a nature reserve.

Now the trust has applied for planning permission to convert two former barns into luxury self-catering accommodation for up to eight people. 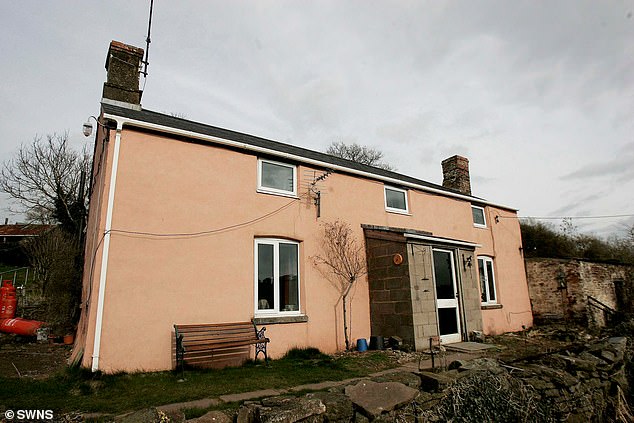 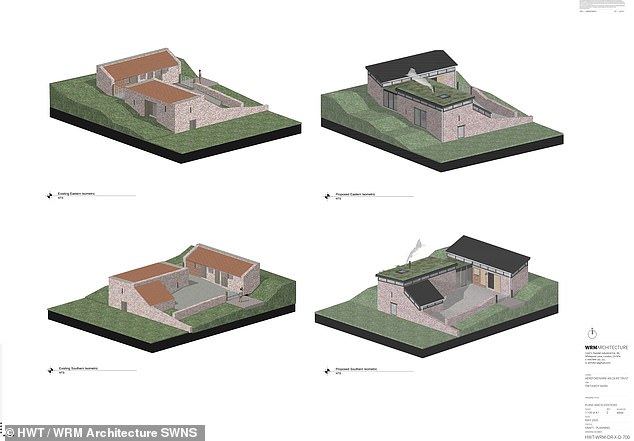 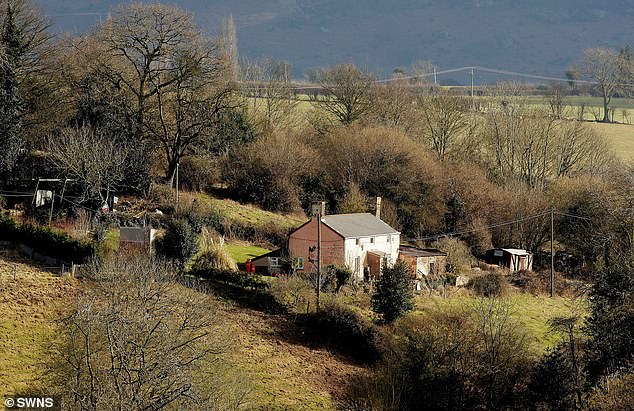 Residents living nearby claim the plans go against the wishes of Mrs Cook, while others fear it will become a magnet for stag and hen parties.

Mrs Cook hit the headlines in 2010 when she was granted legal permission to boot out her daughter Pauline, then aged 60, and her husband Wyndham from the farm.

Despite both Mrs Cook and her estranged daughter living in opposite ends of the property in Herefordshire, neither had spoken for nearly a decade.

The bizarre arrangement attracted comparisons to Stella Gibbons’ 1932 comic novel Cold Comfort Farm, the tale of a family with long-festering emotional problems which was made into a 1995 film starring Kate Beckinsale and Joanna Lumley. 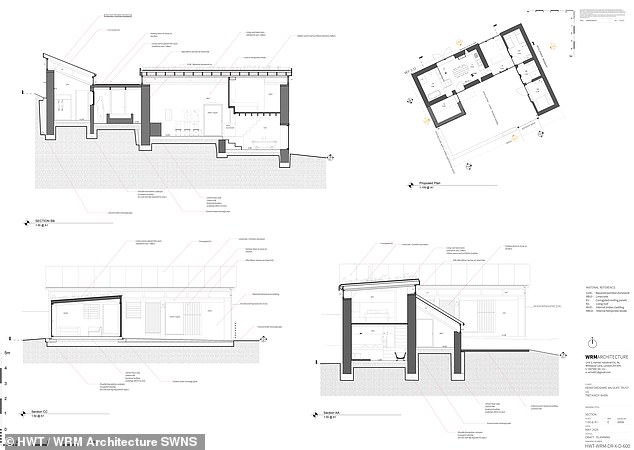 Proposed development of the conversion of two barns into a luxury 6-8-person holiday let at The Tretawdy Nature Reserve, Llangrove, which locals fear will attract stag and hen parties 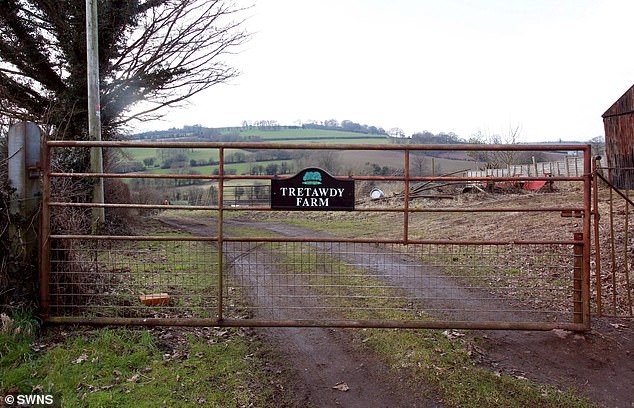 The farm was at the centre of a family row in 2010 when Mrs Cook granted legal permission to kick her daughter Pauline, then aged 60, and her husband Wyndham off the land

Eileen Cook and Tretawdy Farm hit headlines in 2010 after Mrs Cook, then aged 92, won the right to evict her daughter from the farmhouse.

Eileen lived in one part of the two-storey house while daughter Pauline Thomas, 60, and her 76-year-old husband Wyndham lived in another.

Their not-so-cosy arrangement came to an end when Mrs Cook was given legal permission to evict the couple.

A judge found Mr and Mrs Thomas had no right to live in the farmhouse and ordered them to leave immediately, as well as to pay Mrs Cook damages for ‘trespass’ and all legal costs.

Mrs Cook said after the verdict that she had been forced to live in one room of the house and had not spoken to the couple in years, describing it as hell.

The bizarre arrangement has attracted comparisons to Stella Gibbons’ 1932 comic novel Cold Comfort Farm, the tale of a family with long-festering emotional problems .

Now locked in another bitter dispute, residents of the community have hit out at the plans.

One of the objectors Paul Lodge, who lives in nearby Llangrove, said: ‘Many in the local community are very disappointed that this application has been submitted without their knowledge or involvement.

‘We also wish to raise concerns over the will of Mrs Eileen Cook, who left Tretawdy Farm to Herefordshire Wildlife Trust, which states that it must be maintained solely as a a nature reserve.

‘This we believe is being ignored by the existence of and detail of this application.

‘Several residents from Llangrove have written to HWT regarding the improper use of the land regarding Mrs Cook’s intentions for her farm.’

Another objector Christopher Thomas said: ‘It was left to become a nature reserve and it is now being turned into a holiday let.

‘Hen and stag parties will use it.’

Another resident, who did not want to be named, said: ‘By building lodges for up to eight people you will attract not just families but also larger groups.

‘I genuinely think Mrs Cook would be turning in her grave if she thought her beautiful land was being used as some kind of entertainment venue.’ 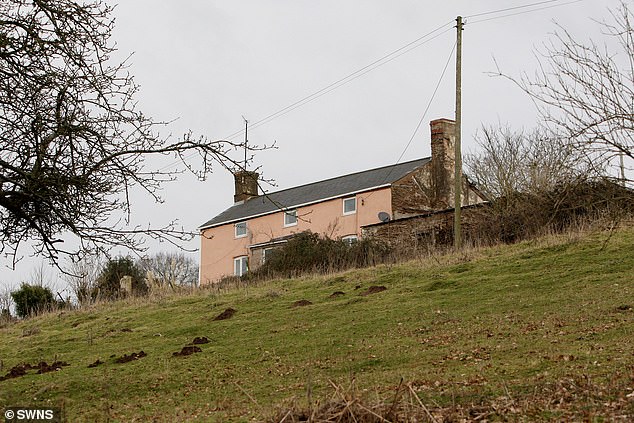 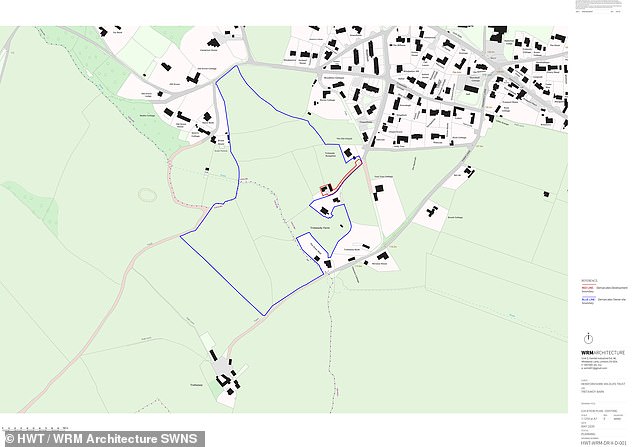 The farm sits on the border of the Wye Valley Area of Outstanding Natural Beauty (AONB), as a nature reserve in Herefordshire and is currently owned by Herefordshire Wildlife Trust

James Hitchcock, wildlife trust estates manager, defended the plans saying it was a ‘fantastic opportunity’ to secure a future for the dilapidated barns.

He said: ‘We think it is a use that is sustainable and in keeping with the wishes of Eileen Cook.

‘And it can bring a wider demographic into our site and expose them to the work of Herefordshire Wildlife Trust and the wonderful countryside that is on offer in the lower Wye valley.

‘And as a local charity and business we would also like to play our part in building back Herefordshire and promoting green tourism.’

The council is expected to consider the plans this month

blasted, over, pl, trust, wildlife
You may also like:

UK's Boris Johnson announces new coronavirus prevention measures: 'This is the moment we must act'