IN THE midst of a health pandemic where the death toll has climbed to 11,018 in the US alone, Wisconsin voters were forced to leave their homes and wait in snaking lines to cast their ballot in the state's primaries.

On Monday, the US Supreme Court reversed a lower court order which would have extended the deadline for mail-in ballots, meaning many would not have had to leave their homes, risking their lives.

The decision to force people to vote in-person was described as consigning "an unknown number of Wisconsinites to their deaths".

As of Monday night, the state had reported nearly 2,500 coronavirus infections and 77 related deaths.

Governor Tony Evers, a Democrat, had proposed postponing the election for two months over safety fears, but his calls were eventually overruled by the Supreme Court.

The lines were especially long in Milwaukee, the state's largest city and a Democratic stronghold, where just five of 180 traditional polling places were open.

President Trump encouraged Wisconsinites to go out and vote, in a series of tweets posted Monday night and Tuesday morning.

"The Wisconsin Supreme Court ruled that tomorrow’s election will proceed as scheduled," he tweeted Monday evening.

"VOTE for Justice Daniel Kelly tomorrow, and be safe!"

A number of voters did not have facial coverings in line with public health recommendations, despite pleas from the Surgeon General to stay safe.

"If you're going to exercise your right to vote, then please do it as safely as possible."

Wisconsin Republican Party Chairman Andrew Hitt downplayed the heath concerns, and added he would be voting despite not owning a mask.

"I don’t have one. I’m sure most of Wisconsinites don’t have masks," he said. "This isn't New York City."

Ben Wikler, chair of the Democratic Party of Wisconsin, said in a statement: "The Supreme Court of the United States legislated from the bench today, following Trump team's orders and writing a new election law to disenfranchise untold thousands of Wisconsin voters and consign an unknown number of Wisconsinites to their deaths."

The National Guard — and some Republican officials who resisted efforts to postpone the election — were forced to help run voting sites after thousands of election workers stepped down fearing for their safety.

The ruling was passed 5-4, with three liberal judges dissenting, including Justice Ruth Bader Ginsburg, who said it was a question of whether tens of thousands of citizens could vote safely during a pandemic.

"Either they will have to brave the polls, endangering their own and others' safety," Ginsburg said in her reason for dissent. "Or they will lost their right to vote, through no fault of their own."

Gov Evers issued a statement following the news that the voting would go ahead, saying the Supreme Court had "passed the buck".

"Thousands will wake up and have to choose between exercising their right to vote and staying healthy and safe," he said. 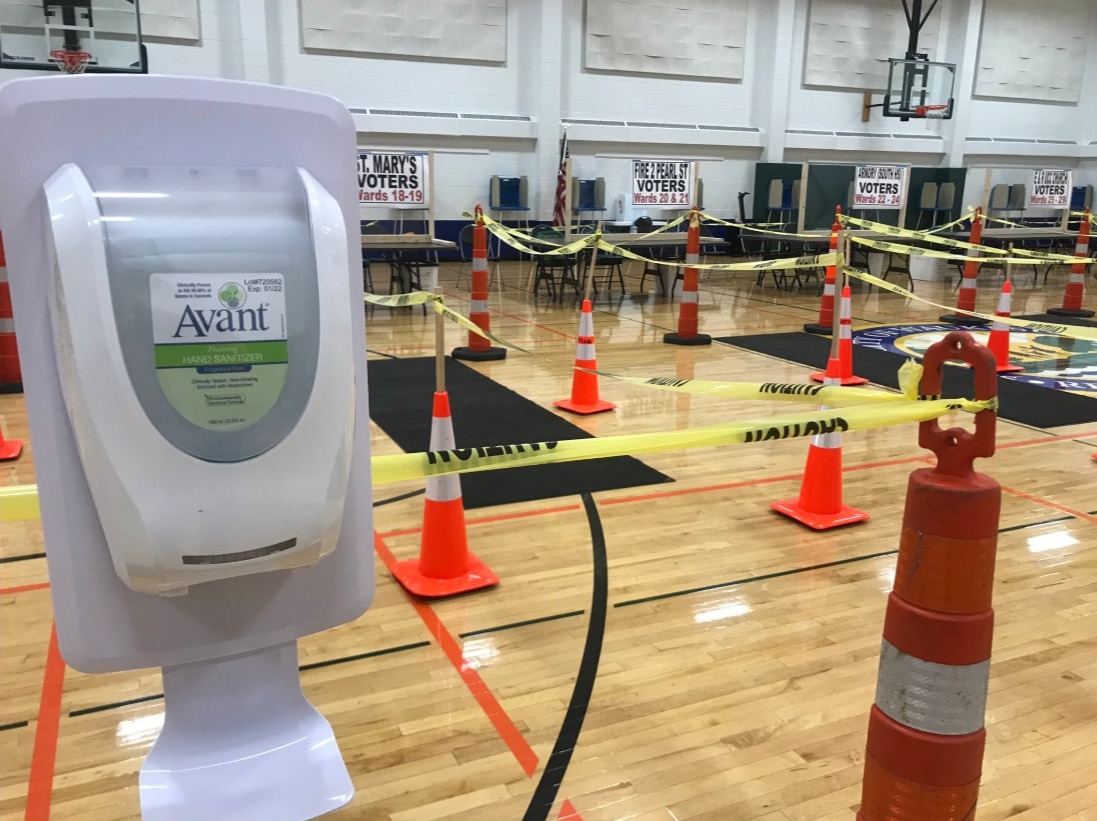 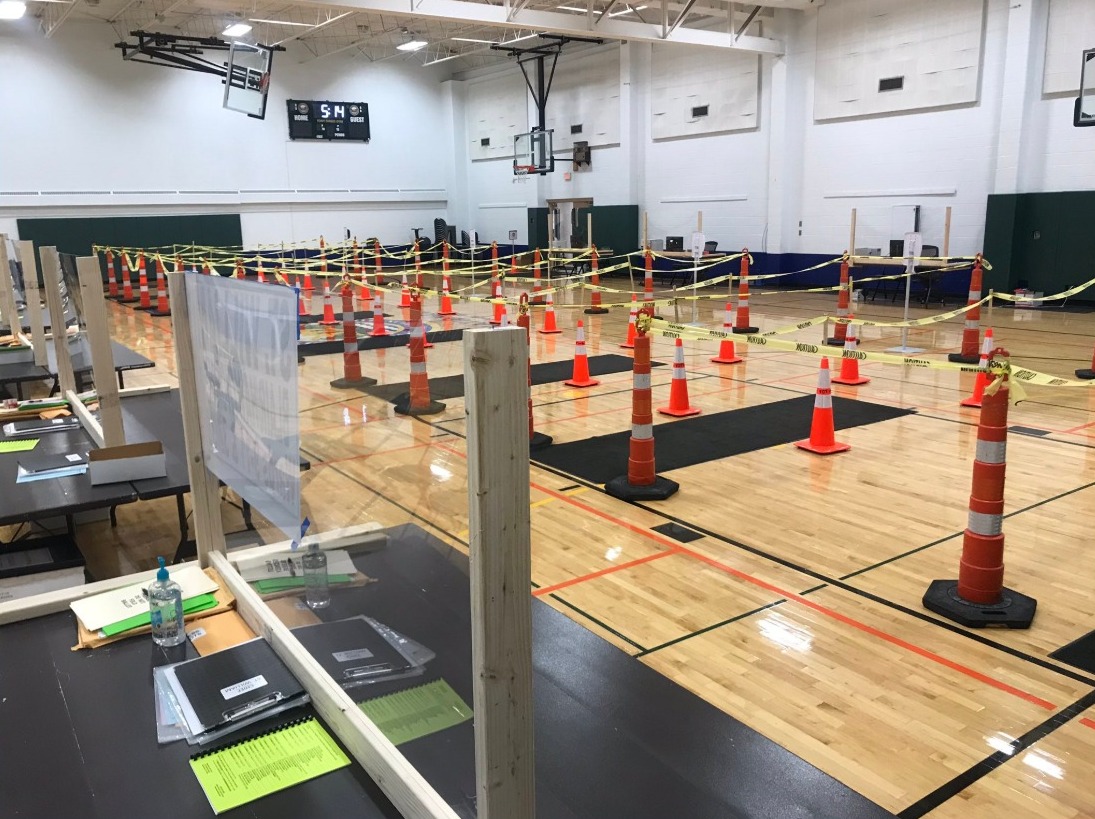 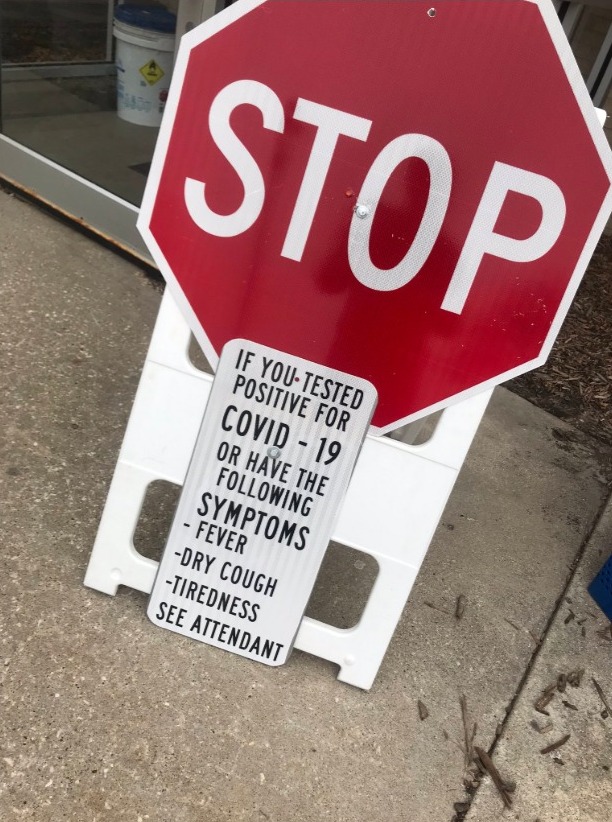 In the city of Madison, Plexiglas barriers were erected to protect poll workers, and voters were encouraged to bring their own pens to mark the ballots.

Kat Devlin, a magazine editor who works from her home in Milwaukee, applied for an absentee ballot during the third week in March but never received it. The state should have postponed the election, she told AP.

“It’s just dangerous to have so many people going to the polls."

No extra time was granted for absentee voting, with the Supreme Court saying absentee ballots must be hand-delivered by Tuesday evening or postmarked by Tuesday, although they can arrive at clerks’ offices as late as April 13.

“Americans should not have to choose between their health and their right to vote," Wendy Weiser, director of the Brennan Center for Justice's democracy program added.