BAGHOUZ, Syria (Reuters) – Armed with assault rifles and with faces wrapped in scarves, the Islamic State fighters visible at the boundary of their last enclave in eastern Syria are among the hardened jihadists who appear ready to fight to the death.

Thousands of people – many of them the wives of Islamic State fighters and their children – have been streaming out of the besieged enclave at Baghouz for weeks, forcing the U.S.-backed Syrian Democratic Forces (SDF) to delay an assault on the last vestige of the jihadists’ territorial rule.

Reuters TV footage of the Islamic State-controlled frontline shows armed militants, most with only their eyes visible, supervising the evacuations from a scrubby patch of agricultural land scattered with vehicles and a few buildings.

The SDF has said the fighters staying put through waves of evacuations are the most hardened foreign militants, wanted by governments around the world, who are likely to fight to the death.

A few women in full face-covering black robes and children carrying bags could be seen among the people milling at the frontline. A man on crutches was also visible.

A no-man’s land of about 200m separates SDF positions from the Islamic State frontline at Baghouz, a collection of hamlets and farmland near the border with Iraq. 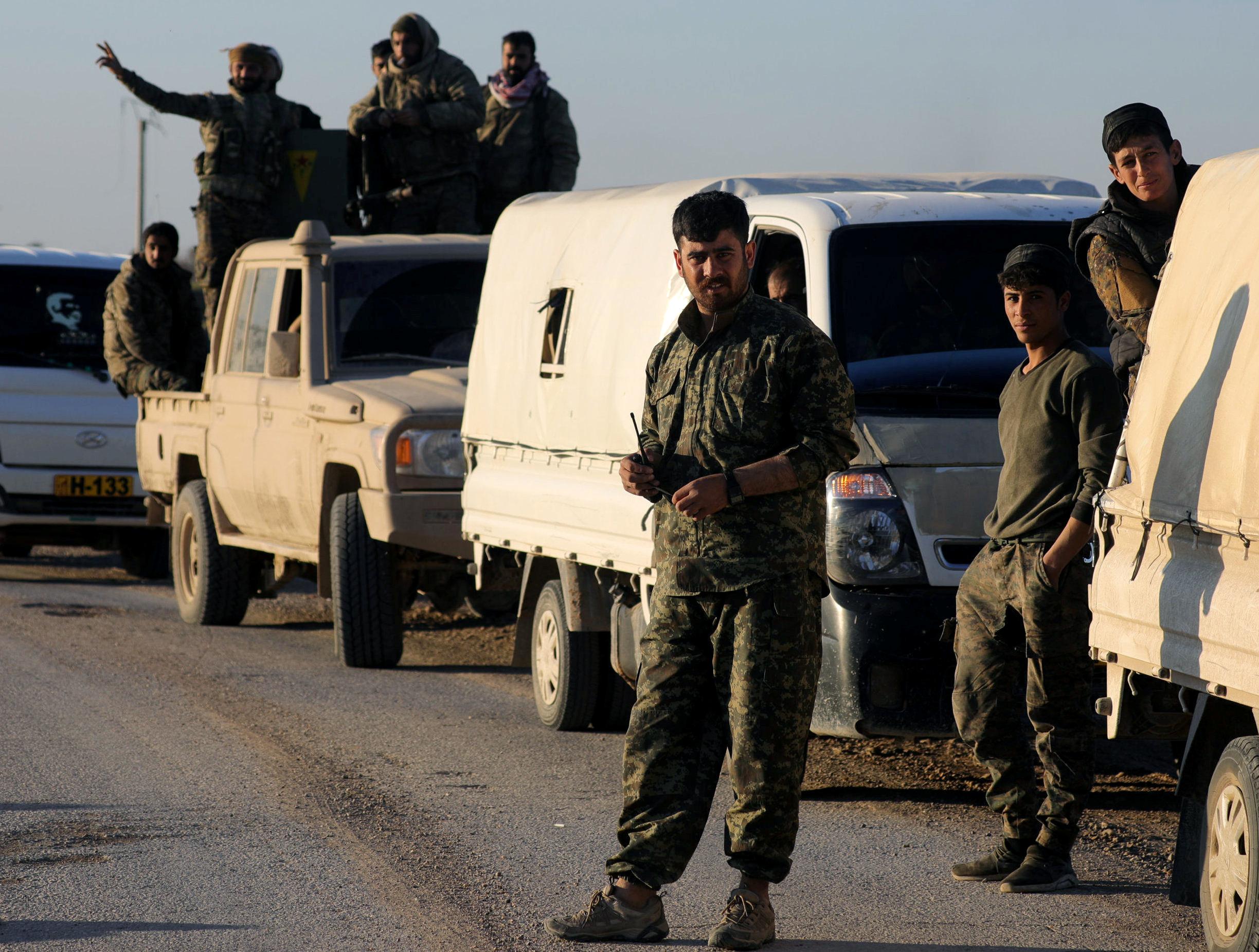 Evacuees are screened by the SDF as they emerge and are sent north to the al-Hol camp, already overcrowded with uprooted Syrians and Iraqis from years of war and struggling to cope with the influx.

After suddenly seizing swathes of land straddling the Iraqi-Syrian border in 2014 and declaring it their caliphate, Islamic State was beaten back by numerous local and foreign forces in both countries, suffering major defeats in 2017.

However, the jihadists remain a threat. In Iraq they have gone to ground, staging waves of killings and kidnappings. In Syria, their comrades hold out in remote desert areas and have carried out bombings in areas controlled by the SDF.

crisis, Islamic, MIDEAST, stat, Us
You may also like: