Women’s football star Aminata Diallo ‘Googled how to BREAK a kneecap’ and wished her fellow PSG players ‘pain’, leaked report claims after she was charged with crowbar attack on team-mate

Women’s football star Aminata Diallo performed Google searches for ‘how to break a kneecap’ and sent suspicious WhatsApp messages before an attack on her teammate last year, a leaked report has alleged.

The former Paris Saint Germain (PSG) midfielder was arrested and charged with ‘aggravated violence’ on Friday evening in connection with injuries sustained by teammate Kheira Hamraoui in November last year.

Hamraoui was travelling home in a car driven by Diallo on November 4 when the vehicle was stopped by a pair of masked thugs who dragged the passenger onto the road and smashed her legs with an iron bar.

Four men who were arrested in connection with the incident accused Diallo of having orchestrated the hit in a bid to take Hamraoui’s spot in the PSG team, the Versailles prosecutor’s office said in a statement.

Excerpts from a Versailles judicial police report published by French newspaper Le Parisien claimed Diallo, 27, developed a ‘real hatred’ towards her teammate, with one message allegedly found on her phone suggesting she wished ‘pain’ on her fellow PSG players.

Diallo considered Hamraoui ‘an obstacle to her own sports career’ the report claimed, describing the footballer as ‘pathological’.

She has been without a club since her contract with PSG expired at the end of last season. 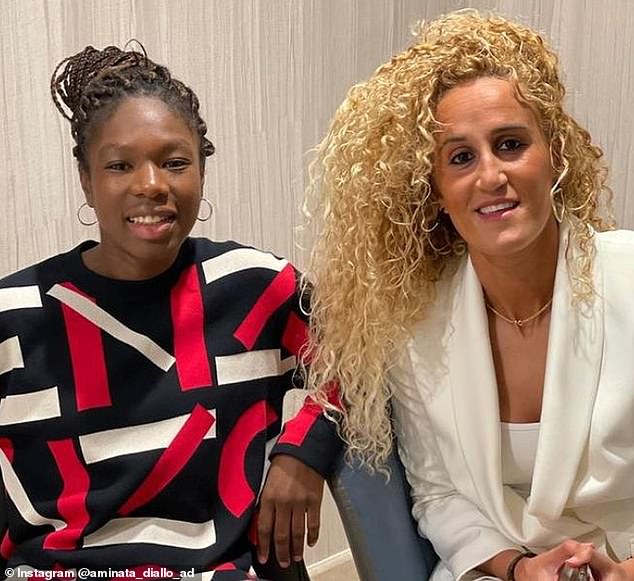 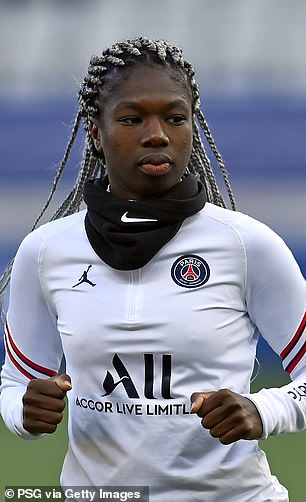 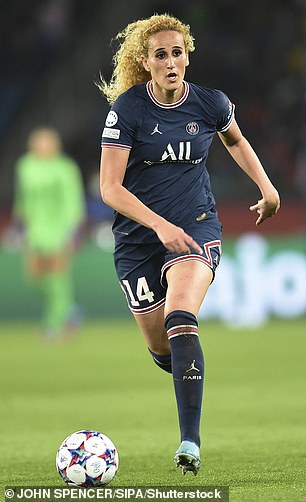 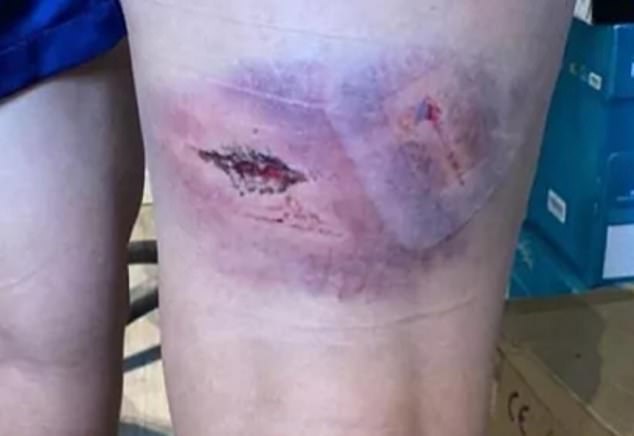 Diallo, who will remain in custody pending further talks with the investigating judge, has maintained her innocence from the start of the investigation which began in November last year.

She was initially brought under investigation in the days following the attack and was subsequently released without charge.

But the latest bombshell allegations, bolstered by a series of suspicious Google searches and incriminating WhatsApp messages from Diallo’s phone, caused Parisian police to take the footballer back into custody.

Hamraoui suffered serious injuries following the attack and remained in hospital for treatment to her legs and arms for blunt force trauma and lacerations, but she later resumed playing for PSG.

The France international last week opened up about her ordeal on social media for the first time since the attack. 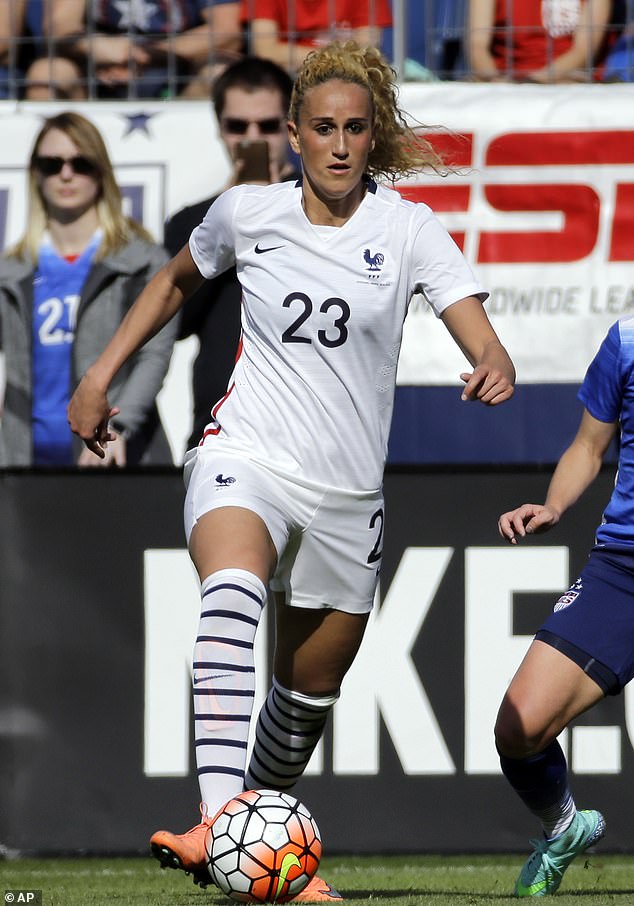 Hamraoui, a 32-year-old midfielder who has played 39 times for France and occupied Diallo’s position in the PSG squad, took to social media last week to share her thoughts about her ordeal 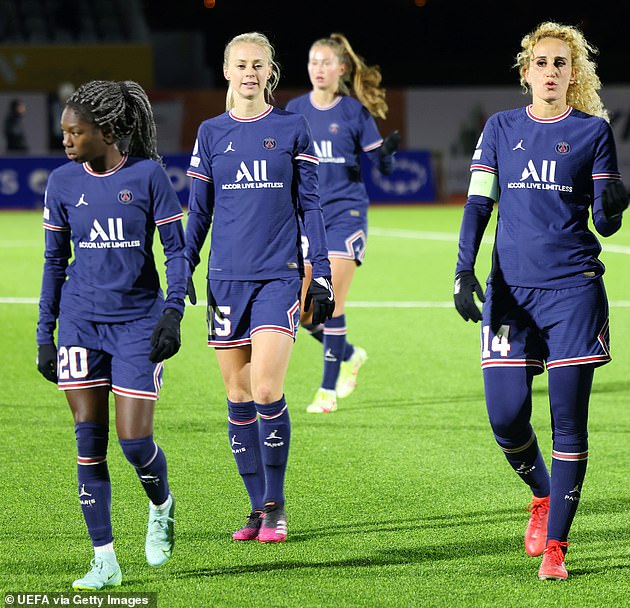 ‘I will never forget that night of Nov. 4, 2021. It haunts me night and day. That dark night changed my personal and professional life, my life as a woman and as a footballer player,’ Hamraoui wrote on Twitter.

‘That sad night when I thought I was going to die when two hooded men forced me to get out of the car. They pummelled me with iron bars, essentially aiming for my lower body.’

The 32-year-old midfielder, who has played 39 times for France, posted photos of the injuries: a gruesome gash to the back of her right thigh and deep bruising around her left thigh and knee.

‘Their objective was simple that night: to violently take my work tool by breaking my legs and ending my career,’ Hamraoui continued, adding that terrible verbal abuse then began and left her in a state of perpetual anxiety.

‘For long months after the assault, I was unfairly insulted on the (soccer) pitches, harassed on social networks and had my life threatened. Nevertheless, I held on with all my strength to my passion (of soccer) and to stay professional,’ she said.

‘Today I trust in the justice system for the truth to all come out and for my honour to be saved.’