Brazil star Neymar will miss the team’s next two games after suffering a right ankle injury in the team’s 2-0 win over Serbia on Thursday.

Neymar was subbed off in the 80th minute after he was fouled nine times. He was seen on the bench in the final moments of the win in tears as it appeared he immediately understood the severity of his ankle injury.

After the game, Brazil’s team doctor said that Neymar had suffered a “direct trauma” to his ankle. Brazil sits tied atop Group G with Switzerland after the Swiss beat Cameroon on Thursday. On Friday, Brazil confirmed that Neymar would be out for the next two games.

Brazil will still be heavy favorites over Switzerland and Cameroon without Neymar and the World Cup favorites are uniquely positioned to withstand Neymar’s injury. Arsenal striker Gabriel Jesus didn’t start against Serbia and could slot into the starting lineup in Neymar’s place.

Neymar played a central role in Brazil’s domination of Serbia. Richarlison scored Brazil’s two goals before he was replaced by Jesus late in the game. Brazil had 23 shots and its nine on target were nearly double the total of Serbia’s total shots (5). The Serbs didn’t have a single shot on target.

In addition to Neymar, Brazil announced that right back Danilo would also miss the rest of the group stage. He started and played the entire game against Serbia.

Brazil is still the World Cup favorites without Neymar, especially if he can return for the knockout rounds. But if his absence lingers through the rest of the tournament, Brazil may be vulnerable. 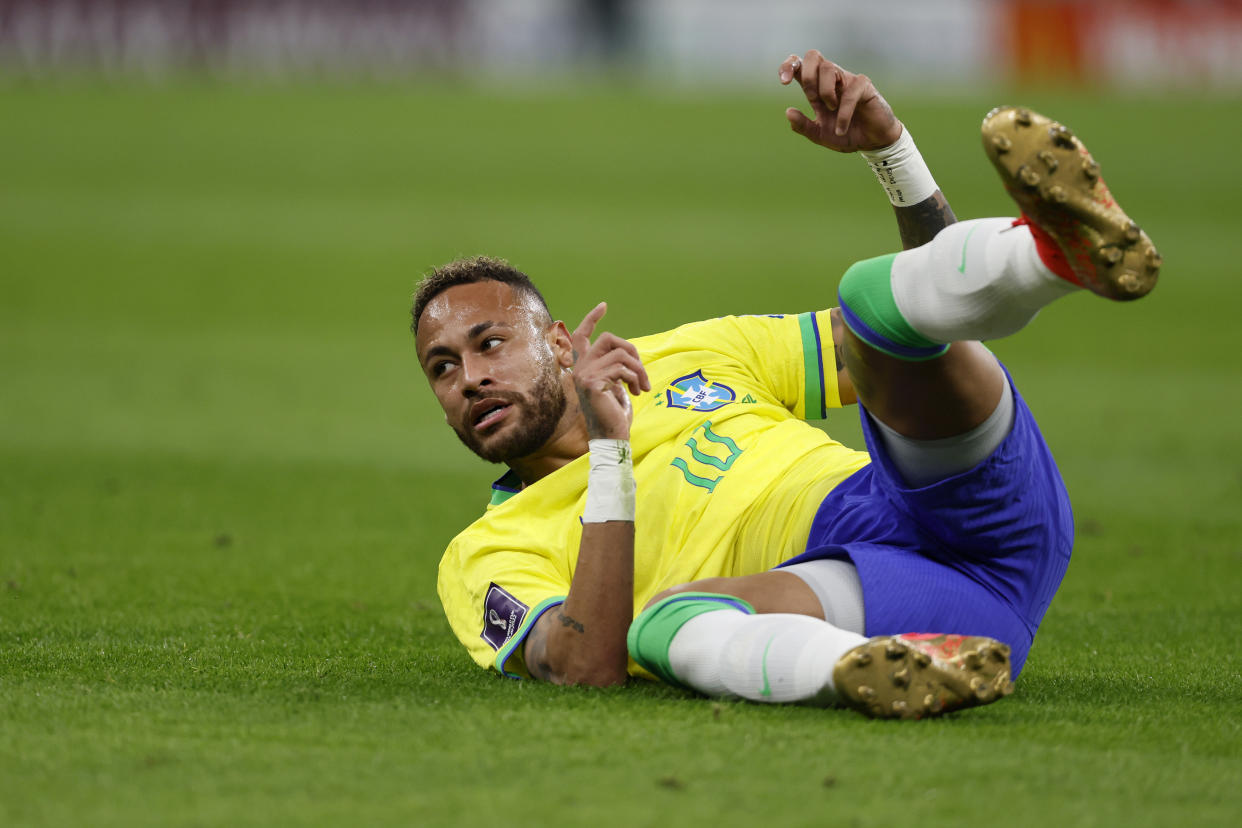