(Reuters) – Wildfires have raged across California for about a month and air problems persist in China, but no other place on Earth is battling the scale and severity of the pollution that chokes large swathes of north India. 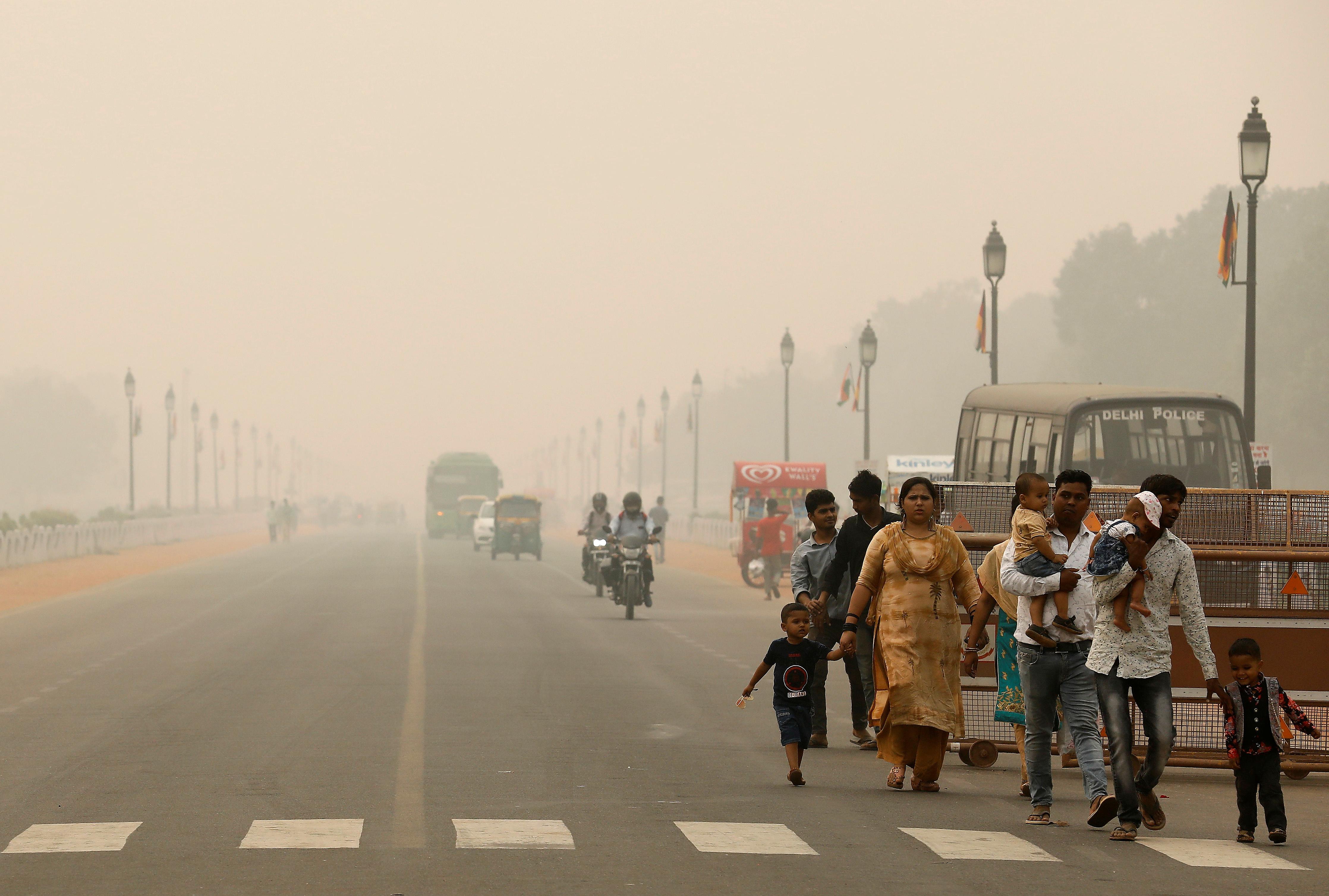 (Click here for an animated world map showing the amount of PM 2.5 particulate matter in the air.)

Air pollution in New Delhi and surrounding areas reached this year’s worst level on Nov. 3 and 4, with some indices showing PM 2.5 levels at 407 and more than 500 respectively.

Having already declared a public health emergency, authorities in the world’s most polluted capital ordered schools to close and limited the number of cars on the roads.

India’s air pollution problem extends far beyond the more than 20 million residents of New Delhi. Its northern belt is one of the most densely populated parts of the planet.

The industrial hub of Kanpur, home to 3 million people, is followed by 13 Indian cities on a World Health Organization (WHO) list of places with the worst air.

Although air quality readings have consistently stayed above 500 for consecutive days, Kanpur, like most other Indian cities, lacks the infrastructure necessary to fight air pollution, and has adopted few emergency measures.

Farmers in India’s breadbasket states of Punjab and Haryana burn off rice paddy straw and stubble every year in preparation for the winter sowing season.

This year, satellites began to detect a significant number of fires in late October. Further analysis of satellite data showed the spike in fires has been shifting later into winter, when lower temperatures and weaker winds swell the accumulation of pollutants.

The shift was pushed by a 2009 policy change intended to save groundwater, which bars farmers from transplanting paddy seedlings until the middle of June, instead of a previous date of mid-May.

Rice is a terribly thirsty crop, and some varieties require almost 5,000 liters of water for every kilogram of grain produced.

Late sowing means a late harvest. With less time left for the winter crop, farmers tend to burn the straw to get rid of it quickly. High in silica content, paddy straw cannot be used to feed animals.

India’s monsoon also arrived a little late this year. After a June start, it began withdrawing more than a month later than usual, causing yet more delay.

graphic, India, map, pollution, Us
You may also like: