Inside the lungs of a coronavirus victim: Shocking X-rays show effect that killer virus had on 33-year-old’s vital organs

Shocking X-ray scans of 33-year-old show the effect that coronavirus has had on her lungs.

The woman arrived at hospital in Lanzhou, China, with a temperature of 102F and ‘coarse’ breathing after suffering from a cough for five days.

She had travelled to Lanzhou a day before her symptoms had started and works in Wuhan.

Doctors diagnosed her with the new strain of coronavirus after her white blood cell count was low which determined an infection.

The white patches appear more pronounced in the second X-ray, labelled B, which was taken three days after the first and further into her treatment

The scans show white patches in the lower corners of the lungs which indicates what radiologists call ground glass opacity – the partial filling of air spaces in the lungs.

The white patches appear more pronounced in the second X-ray, labelled B, which was taken three days after the first and further into her treatment.

The images were presented by a group of researchers at The First Hospital of Lanzhou University to the journal Radiology.

Radiologist Paras Lakhani from the Thomas Jefferson University, who was not involved in the study but examined the images, said: ‘If you zoom in on the image, it kind of looks like faint glass that has been ground up.’ 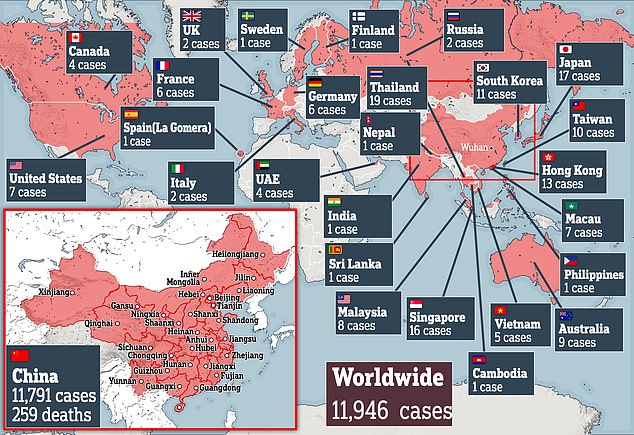 ‘What it represents is fluid in the lung spaces,’ he told Business Insider.

The virus has been identified as a new type of coronavirus. Coronaviruses are a large family of pathogens, most of which cause mild lung infections such as the common cold.

But coronaviruses can also be deadly. SARS, or severe acute respiratory syndrome, is caused by a coronavirus and killed hundreds of people in China and Hong Kong in the early 2000s.

Some people who catch the Wuhan coronavirus may not have any symptoms at all, or only very mild ones like a sore throat or a headache.

Others may suffer from a fever, cough or trouble breathing.

And a small proportion of patients will go on to develop severe infection which can damage the lungs or cause pneumonia, a life-threatening condition which causes swelling and fluid build-up in the lungs.

The woman was treated by inhaling a protein used to treat viral infections called interferon. 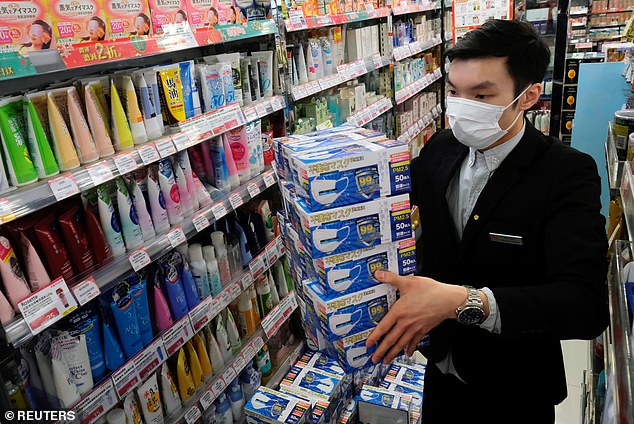 Radiologist Paras Lakhani told how doctors at Lanzhou would have likely administered fluids, steroids or a medication to open the woman’s airways.

However pneumonia was ruled out after symptoms persisted and white patches extended to the edges of her lungs.

He added how ground glass on its own is not ‘particularly helpful’ in identifying coronavirus as bacterial, viral or even vaping can cause it to appear on X-rays. 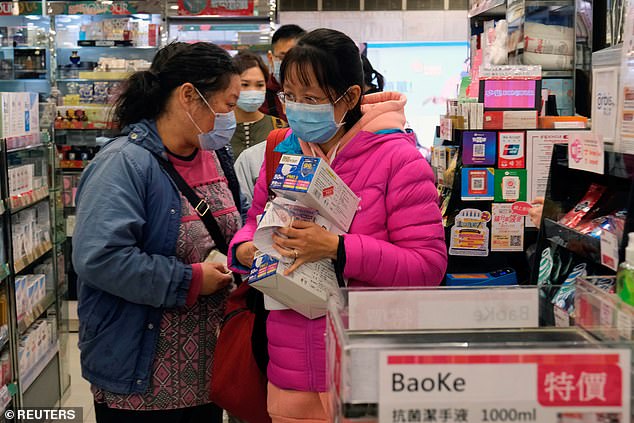 Customers queue in a store in Hong Kong to buy surgical masks. Employees in China are being urged to work from home and cease non-essential business travel in the first week of February 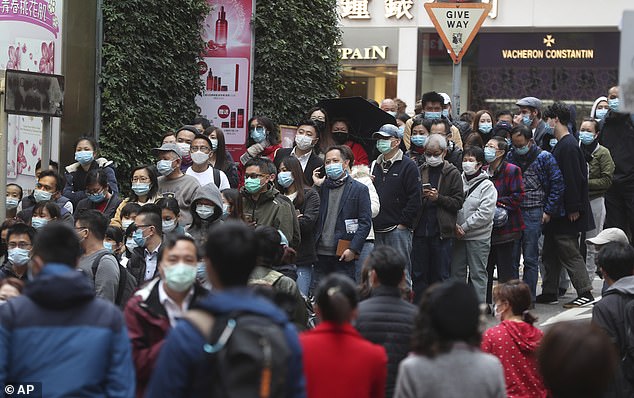 People queue up to buy face masks in Hong Kong. Apple has said it will close all of its official stores and corporate offices in mainland China until February 9 as fears over the coronavirus outbreak have mounted

The radiologist said the scans of those viruses bear ‘a lot of similar features’ to that of the 33-year-old from Wuhan.

However the best way to identify coronavirus is to take swabs of saliva or mucus from a patient’s nose or mouth or alternatively testing phlegm they produce.

Yet the test is only effective when the patient is showing symptoms.

effect, Killer, show, That, x-rays
You may also like: