Stats from the X-rated website reveal it saw a surge in traffic on Tuesday evening – when people swapped cat videos for something a little less cuddly. 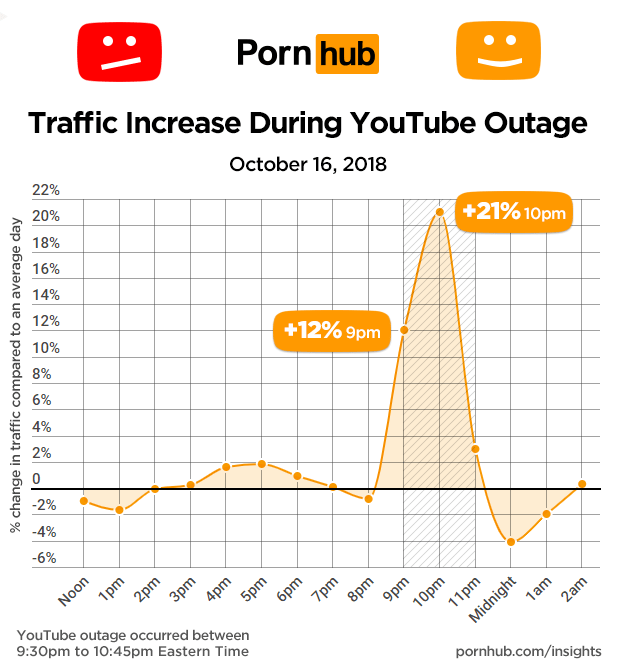 Traffic then fell back to the normal once YouTube’s service was restored – as people returned to their favourite animal videos.

YouTube, which is owned by Google, said it was investigating the issue. 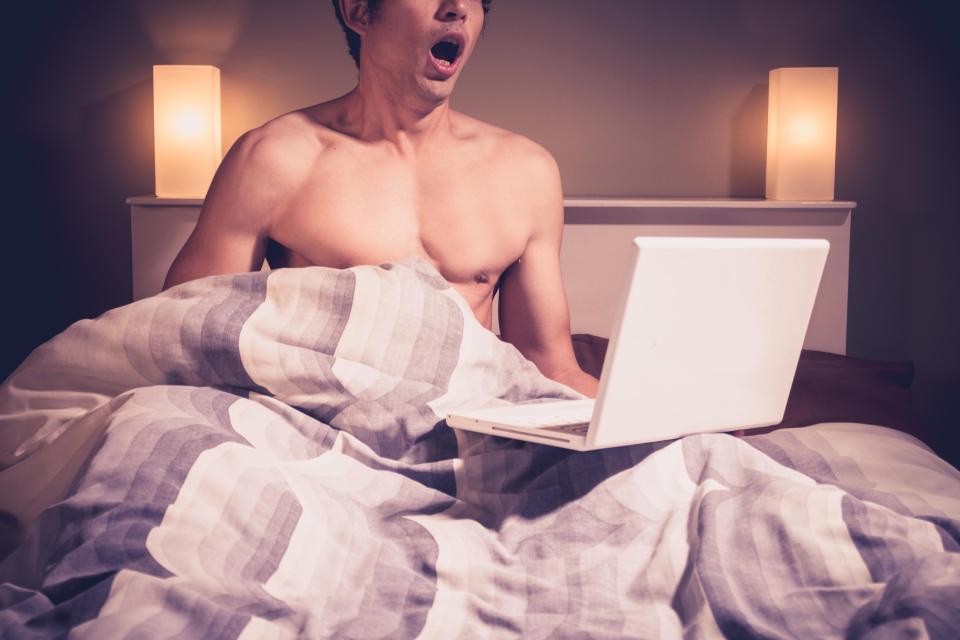 Some users trying to access the YouTube homepage received an error message appearing saying: “Sorry, something went wrong. A team of highly trained monkeys has been dispatched to deal with this situation.”

Other attempts led to the homepage opening but no video content being displayed.

After a 90 minute outage the company said on its Twitter account: “We're back! Thanks for all of your patience. If you continue to experience issues, please let us know.”

YouTube chief executive Susan Wojcicki also tweeted her own apology, saying "sorry to everyone who was impacted".

The issue followed a technical problem for Twitter on Tuesday, when the code used to send notifications to user's phones began appearing on screens around the world.

Twitter boss Jack Dorsey acknowledged the issue and said the social media site was "on it", before the company's support team later confirmed the issue had been resolved, describing it as "weird".

Helpless pensioner, 70, who lived on Domino’s for a month in coronavirus lockdown handed lifeline by The Sun – The Sun

Is fever or high temperature a symptom of coronavirus? – The Sun

Couple create their own drive-thru experience in their kitchen

Twin sisters, 66, die of coronavirus within four days of each other