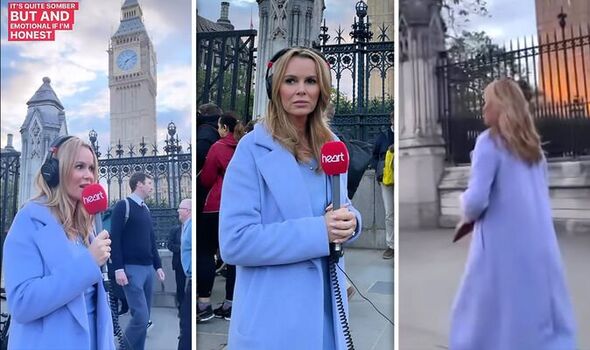 Amanda Holden, 51, arrived at Westminster Hall earlier today to report on the crowds who have come from far and wide to mourn the late Queen Elizabeth II. The Heart Radio star described the atmosphere as “emotional” as she shared her reporting with her 1.8 million Instagram followers.

Amanda shared an image of herself speaking to the crowds of people that had gathered to queue in Westminster to pay their respects to the late monarch.

“My privilege to talk to some of the queue coming out of Westminster Hall this morning,” she wrote.

A later clip saw the musical theatre star reporting in front of Big Ben, saying: “It’s quite sombre and emotional if I’m honest.

“And they all say the same thing – that it was an incredible experience. The silence is just beautiful.”

Her appearance comes after it has since been announced entry to the queue has reached its capacity and is “temporarily paused”.

A statement from a government spokesperson read: “Southwark Park has reached capacity. Entry will be paused for at least 6 hours. We are sorry for any inconvenience. Please do not attempt to join the queue until it re-opens.” 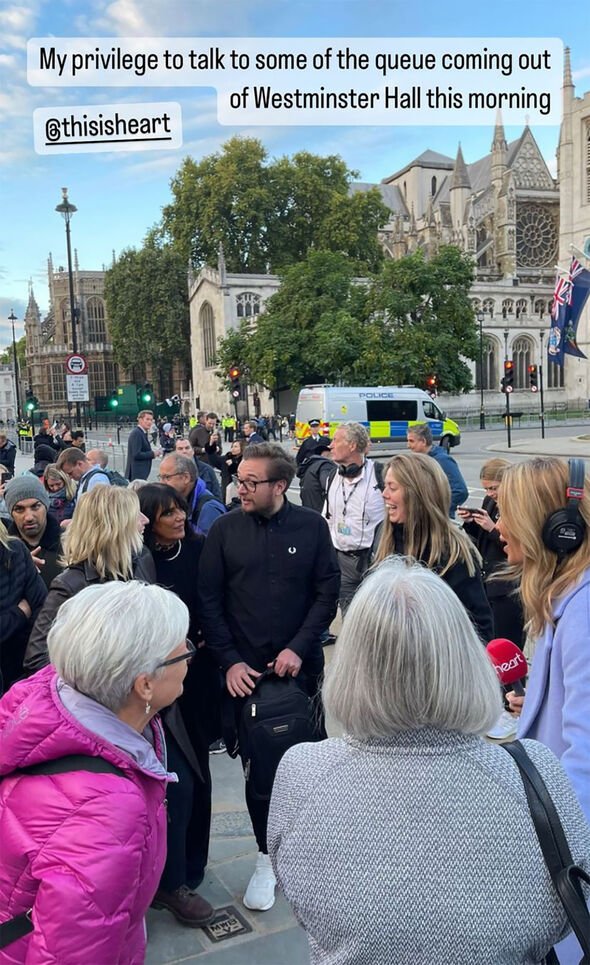 Amanda Holden, 51, spoke to the crowds who had come to mourn

The Heart Radio presenter stopped to chat to people outside Westminster Hall who had come to pay their respects to the late Queen. 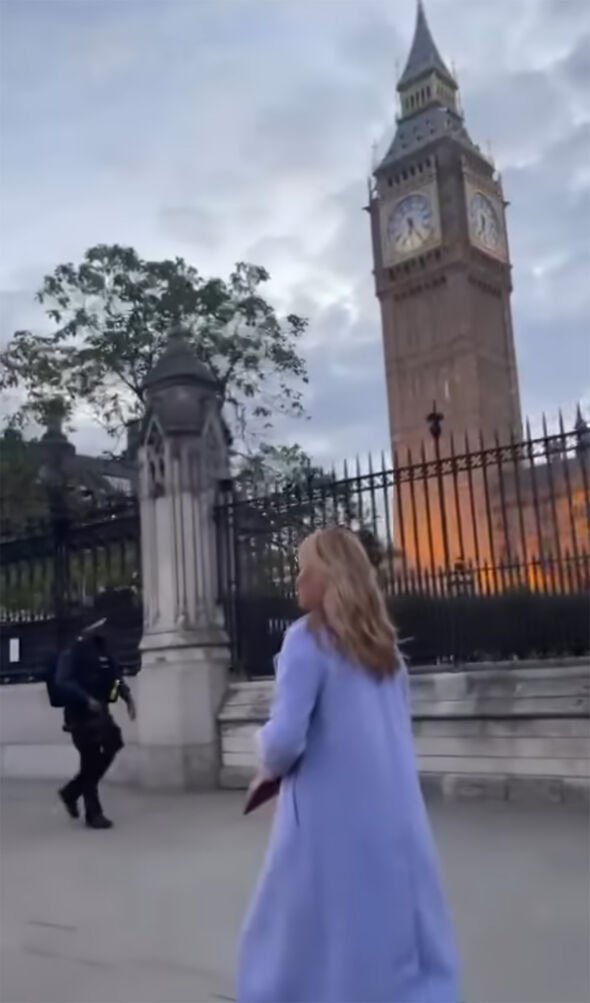 Amanda Holden made her way towards the back of the queue

The star walked all the way to the end of the queue to see the reactions of those who had visited the Queen’s coffin. 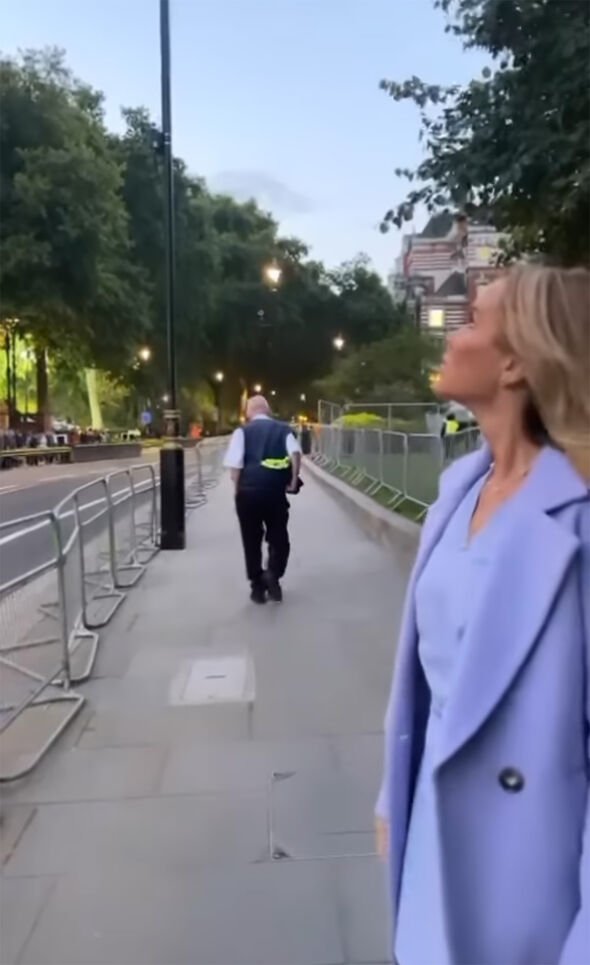 The actress looked awestruck by the number of people that had come to pay tribute. 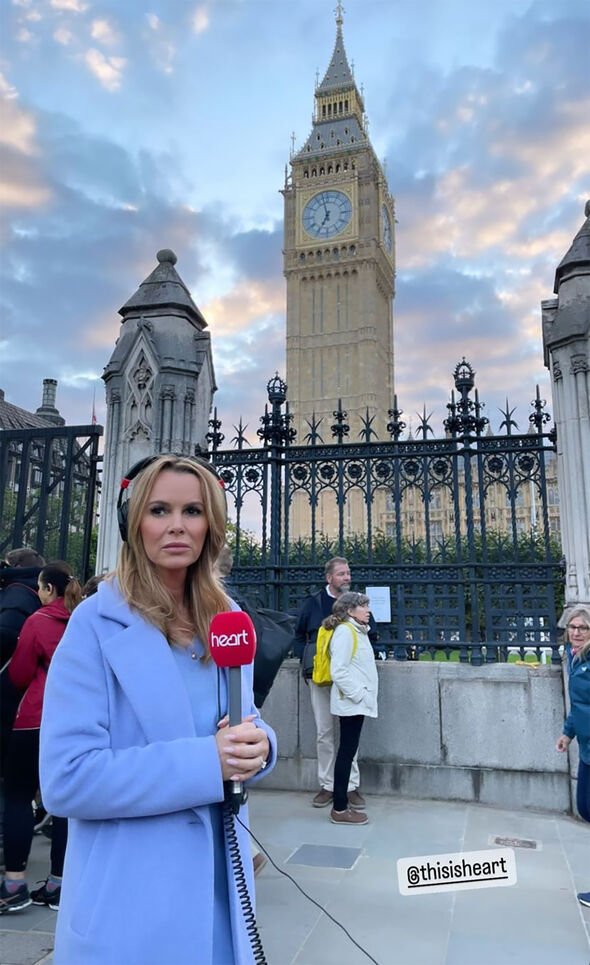 Amanda Holden looked grief-stricken as she prepared for broadcast

The star appeared to be deeply moved by the “sombre” atmosphere around Westminster as she clutched her Heart Radio microphone. 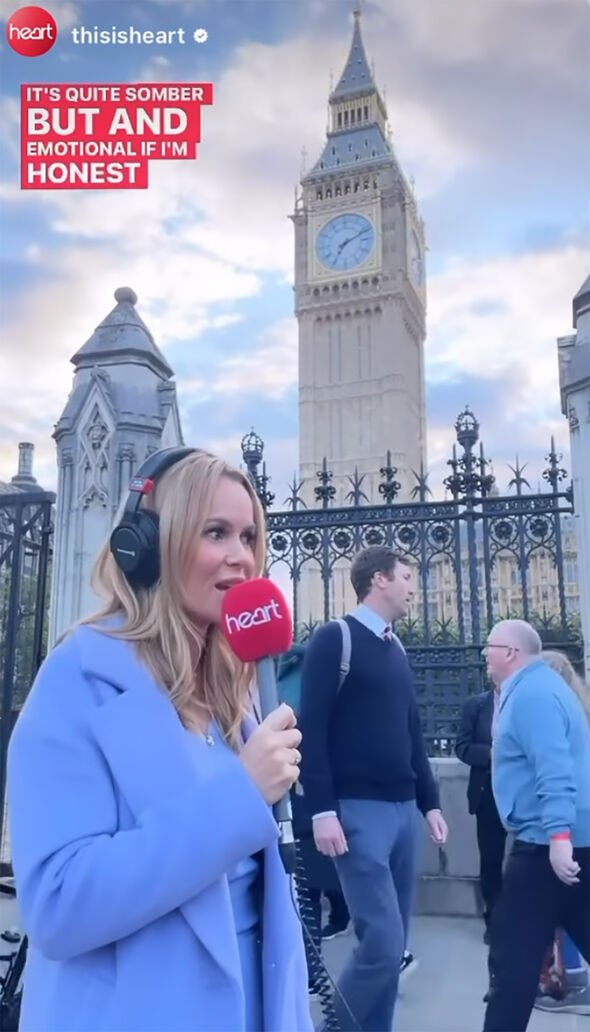 The Britain’s Got Talent judge added the experience was “incredible” and that the silence was “beautiful”. 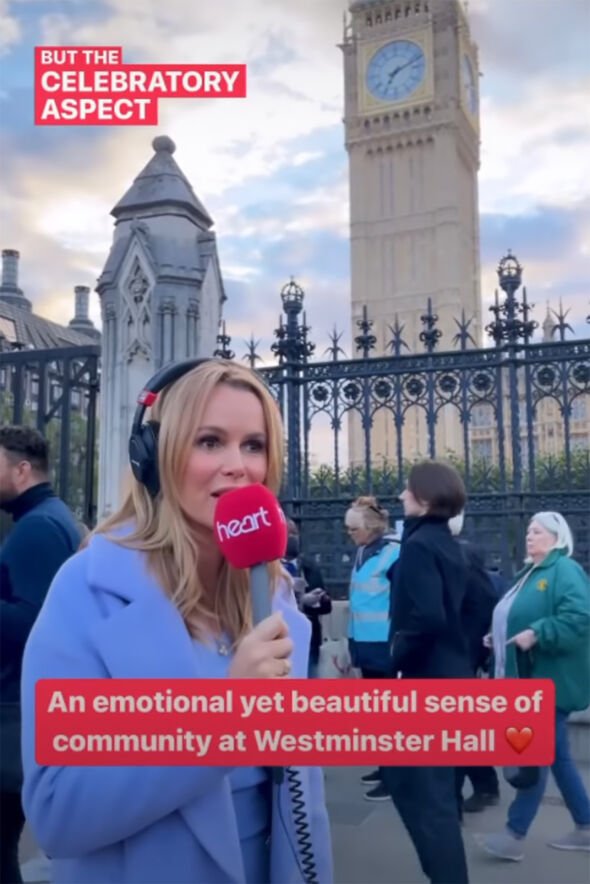 Speaking from the other end of the queue, she said: “I’m getting to see quite a lot of emotional people coming out – everybody’s quite sombre. But the celebratory aspect of it is there’s been so many friendships made in that queue.”