In case you somehow have not yet heard, the Wag The Dog star crashed her Mini Cooper into a poor woman’s home in Mar Vista last Friday, causing both the house and car to become engulfed in flames. Heche was rescued from the car and seemed to be responsive in early footage of the situation. However, she “lost consciousness” soon after as her injuries were worse than anyone realized. She had inhaled too much smoke and damaged her lungs, and ultimately her brain. She fell into a coma, and just a week after the accident she was gone.

But how did the crash even happen? It was reportedly her third in a row, leading investigators immediately to suspect she was driving under the influence. An early toxicology report found cocaine and fentanyl in her system. A bottle of vodka was reportedly found in the car (though her system apparently did not have alcohol in it).

So what happened? What caused her to lose control like this and drive high?

As those who knew her are trying to process the shocking turn of events, some are speaking out about what they know. One source told DailyMail.com her downward spiral was the result of a recent breakup. This friend of the late Volcano actress said her split with actor Thomas Jane hit her particularly hard:

“She was crazy in love with him. After so many failed relationships she thought she finally found her person — the guy who would be in her life forever. And when they couldn’t make it work, she started falling apart.”

Anne and Tom Jane played exes with a will they/won’t they story on the HBO dramedy Hung from 2009 to 2011. They began dating relatively recently, in 2019. They even moved in together, as Jane reportedly transferred his Silver Lake home to joint ownership with Heche in 2020. 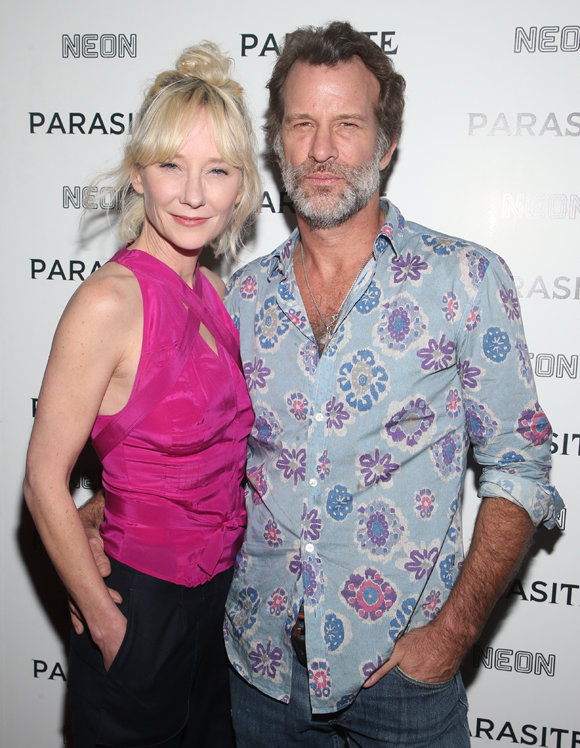 However, they had split some time recently, Tom confirmed to DM on the day of the crash. He told the outlet when asked for comment:

“While Anne and I are no longer an item, today’s tragic news was devastating to me and to all who love her.”

The insider said Anne had something of a relapse into old bad habits after being devastated by the breakup:

“Anne has always had demons and in the end, when they couldn’t make it work, she started falling apart and she turned to the things that took her out of her funk before — bad things.”

This was apparently something of a pattern for the film star. After her breakup with Ellen DeGeneres back in 2000, she famously showed up at a stranger’s house half-naked. She drove to the middle of nowhere, some small town in California called Cantua Creek, until her SUV ran out of gas, then she walked another mile in just a bra and shorts before knocking on a random door and asking the woman who lived there, Araceli Campiz, if she could take a shower. Afterwards, she suggested they watch a movie together and just hung out — she didn’t call for help or anything, according to Campiz, leading the confused woman to call the cops to have her removed. Anne reportedly told the officers she was god and that she was there to bring everyone to heaven in her spaceship.

The Ally McBeal alum later confirmed she had taken ecstasy before the incident.

It sounds like the heartbreak was just too much for her to bear, and it led her down a dangerous road of self-medicating. Only this time when she ended up in a stranger’s house, it was in a much scarier way.

Such a sad ending to the story of the acclaimed actress.