David Beckham’s sons Romeo, 19, and Cruz, 17, are officially taller than him now 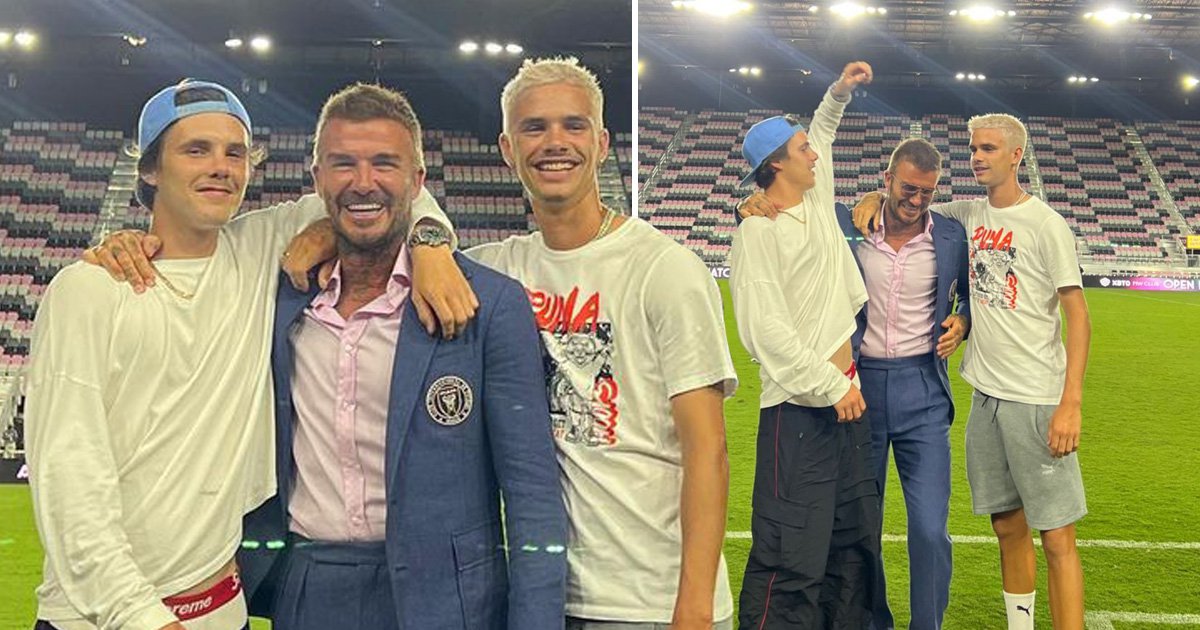 David Beckham has been forced to admit his two teenage sons have finally outgrown him in height, as the trio posed in fun photos together.

The former football star, 47, took to his Instagram story to make light of the fact that both Romeo, 19, and Cruz, 17, are now taller than his 6ft self.

Standing between the two, who both towered over him in the picture, David joked: ‘So close to being as tall as dad @cruzbeckham. Yep boys will be boys @romeobeckham.’

The group were stood on the pitch at Inter Miami CF, before Romeo changed into his football kit for their game against Toronto, who they beat 2-1.

David shared his pride at his son following in his footsteps as a footballer, adding: ‘Fun night tonight with the boys @romeobeckham @cruzbeckham watching the team win an important game @intermiamicf.’

Romeo plays for the team which David bought into, increasing his stake in September 2021 when he and brothers Jorge and Jose Mas finalised the buyout of Marcelo Claure and Masayoshi Son.

David shared his support for the team on his Instagram story, posing in a pink top emblazoned with the club’s logos and a matching hat as he told his followers: ‘Great win for the boys, pink on pink on pink’.

While Romeo has been making waves on the pitch, Cruz has shown an interest in following in mum Victoria Beckham’s footsteps and pursuing a career in music instead.

David shared snaps of Cruz performing on stage in Miami with a rock band, sitting on a stool and strumming an acoustic guitar.

Cruz also immortalised the night on his own social media, revealing he wore a Spice Girls T-shirt in honour of his mother as the rocked out on stage, adding: ‘That was fun…’