Did Pete Davidson Just Confirm His Romance With Phoebe Dynevor?

Crushing hard! Pete Davidson hinted at his relationship with Phoebe Dynevor during a virtual Q&A on Sunday, April 11.

The Saturday Night Live star, 27, seemingly confirmed his romance with the Bridgerton star, 25, telling Marquette University students in a Zoom call, which was later posted on TikTok, “I’m with my celebrity crush” when asked who his celebrity crush is.

Davidson was grinning as he spoke about his “crush,” but didn’t say Dynevor’s name. “That is all I can speak on,” he added. 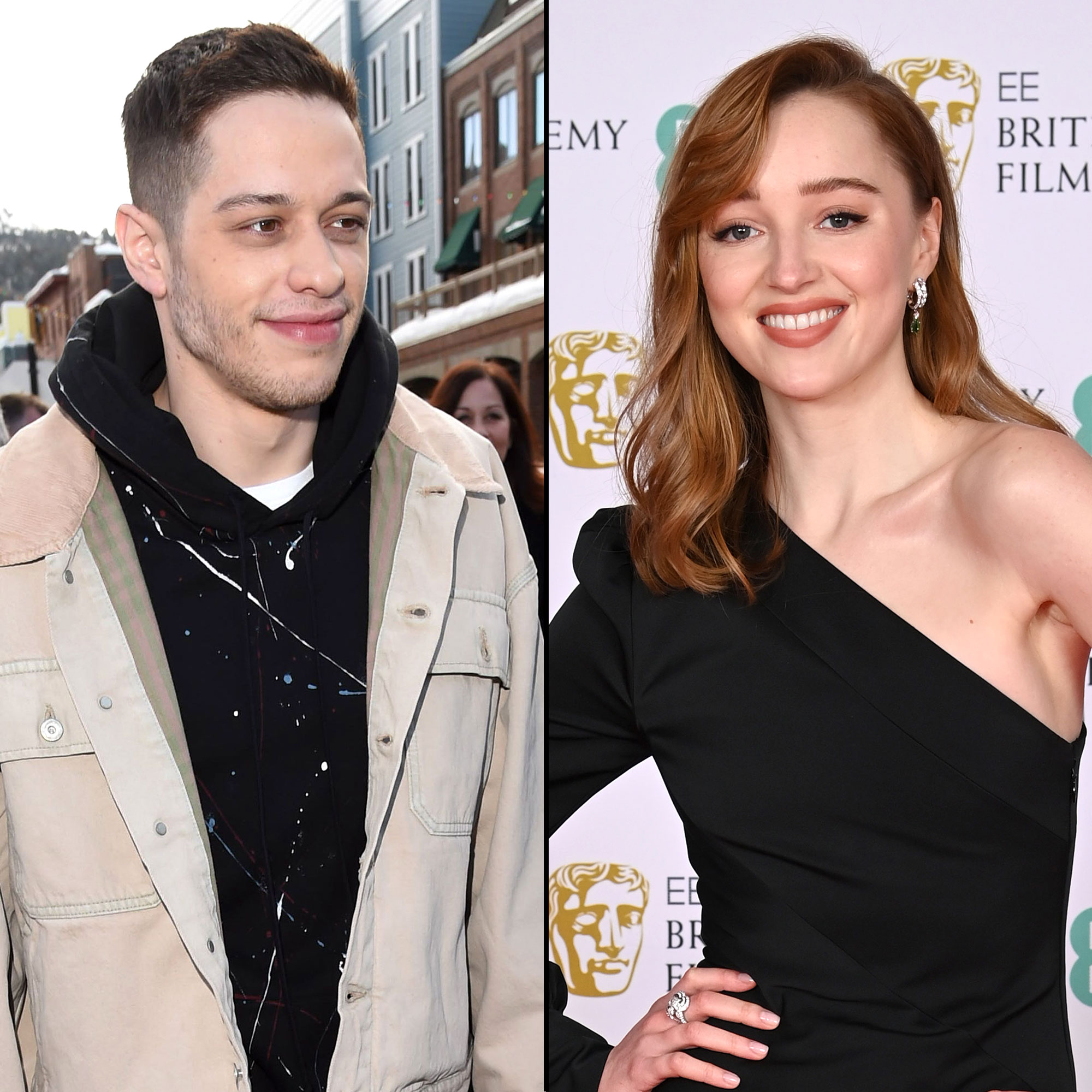 The pair first sparked dating speculation earlier this year when Dyenvor traveled to Brooklyn, New York, where she was filming Younger in February. Davidson lives and works in New York. The following month, the couple were spotted together by fans on multiple occasions in the U.K.

They were seen packing on the PDA in Caverswall, England, in late March. “It looked like they were in a relationship and they seemed happy together,” an onlooker told Us Weekly at the time. “We saw them holding hands and hugging each other.”

Later that month, the comedian was photographed in Dynevor’s hometown of Altrincham, Greater Manchester.

Are Bridgerton’s Phoebe Dynevor and Pete Davidson Dating? Why Fans Think So

Earlier this month, Us exclusively confirmed that the Snatch alum and the King of Staten Island star are officially dating with a source noting that they are “trying to make long distance work.”

The insider added that despite being physically apart — Dynevor is filming in the U.K. while Davidson is back in the U.S. — the lovebirds are “still going strong” and are “happy with each other.”

Davidson, who recently moved out of his mom’s basement and into his own Staten Island apartment, makes the English actress “laugh” and is “a good guy and definitely a charmer,” the source added.

Dynevor, for her part, had fans convinced that sparks were flying between her and Bridgerton costar Regé-Jean Page based on their onscreen chemistry. The Waterloo Road alum, however, denied that there was anything romantic between them.

“I’d love to say there was really something between us, but no, it has always been strictly professional,” she told You magazine in February. “There was so much pressure on us to get it right that it was all about the work. We have a really professional working relationship. I’m glad for that, actually. It would be very complicated if it went further.”

confirm, Davidson, Did, Just, Pete
You may also like: