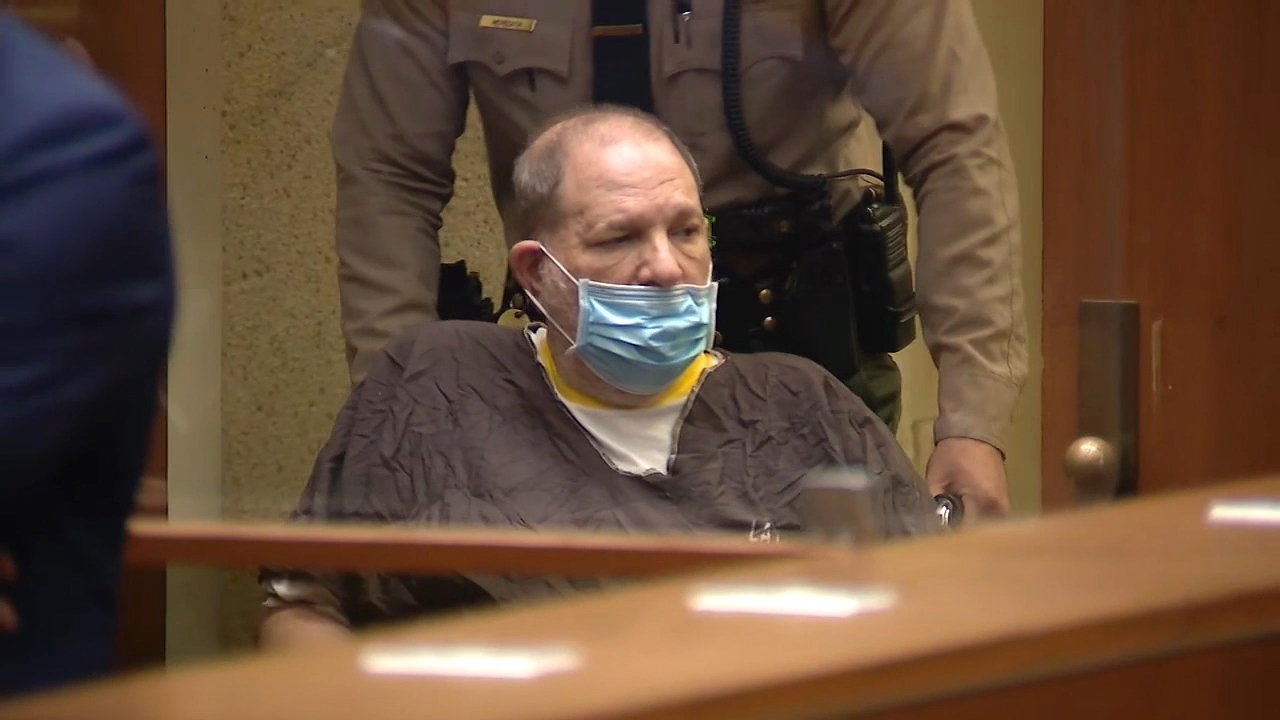 Harvey Weinstein won a partial victory in court in Los Angeles on Thursday, after his lawyers persuaded a judge to dismiss one of the 11 sexual assault charges against him.

The judge agreed to throw out the charge on statute of limitations grounds, however, she has given prosecutors the opportunity to amend the indictment and refile it.

Outside court, Weinstein’s attorneys celebrated the ruling as a significant win, noting that one of the five accusers has been dismissed from the case.

The disgraced Hollywood producer’s defense attorney Mark Werksman declared outside court: ‘Count 5 is dead. We’re off to a good start.’

The film producer has been serving a 23-year prison sentence in New York since being convicted of rape last year.

Weinstein, 69, was wheeled into court wearing a surgical mask and a brown jail jumpsuit and did not speak until he agreed to the next court date, set for September 13.

The former film mogul, who is already a convicted sex offender due to a successful prosecution in New York last year, entered a not-guilty plea to all L.A. charges last week.

The hearing saw the judge reject Weinstein’s bid to dismiss two other sex-related charges, despite the defense’s claims they are precluded by the statute of limitations.

Weinstein is also facing eight other sex-related charges and is currently being held without bail.

The producer was one of the most powerful figures in Hollywood before dozens of women accused him of sexual assault in October 2017.

Weinstein was first charged in Los Angeles in January 2020 when his New York trial was getting underway. He is appealing against his New York rape conviction.

His latest court appearance comes weeks after his divorce from his wife Georgina Chapman was finalized, almost four years she filed to terminate their marriage.

harvey weinstein, us showbiz n
You may also like: