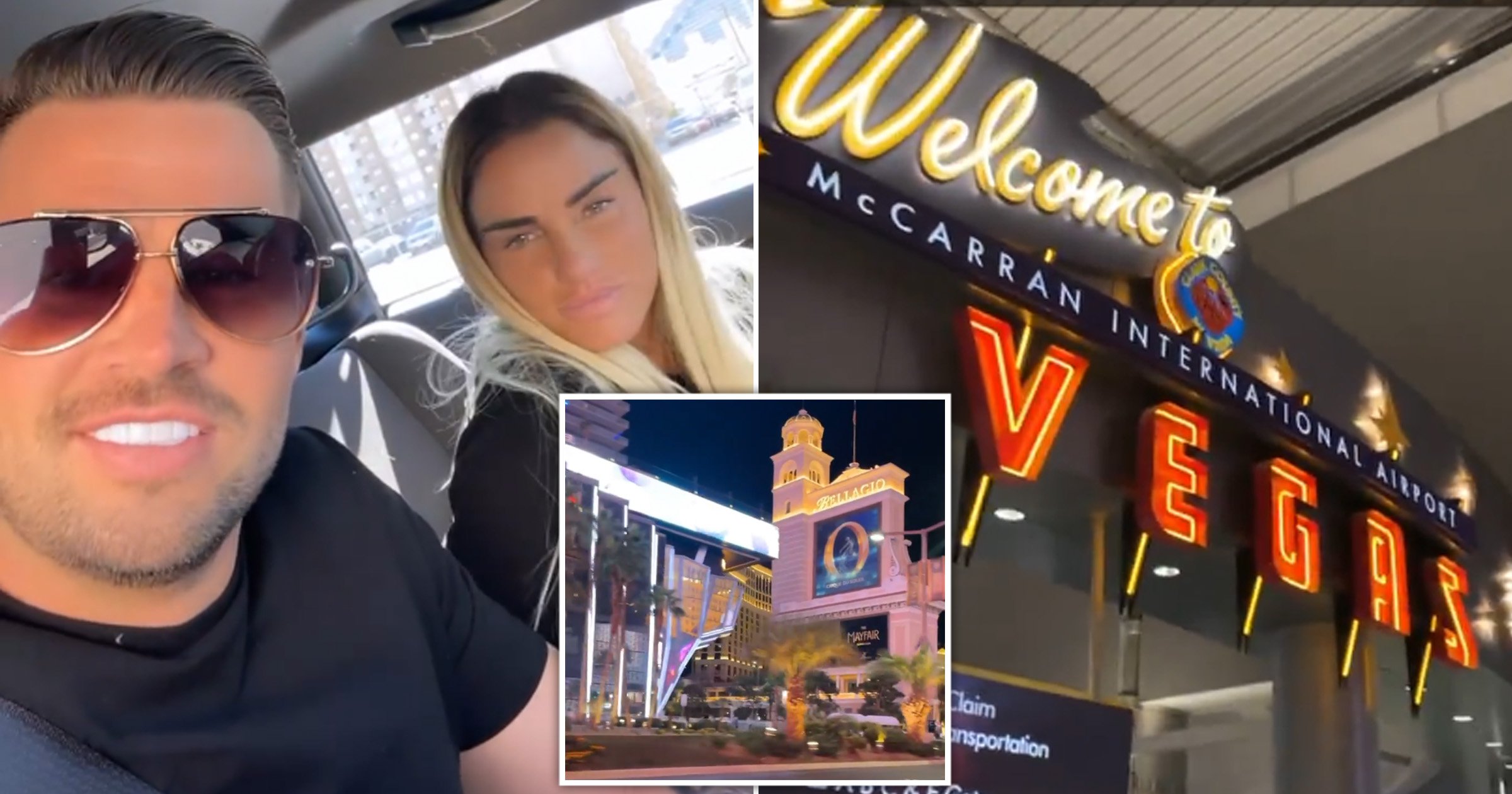 Katie Price has shared updates from her getaway to Las Vegas with her fiance Carl Woods ahead of her court date next month.

The couple have headed to Carl’s ‘second home’, excitedly sharing videos with fans.

‘My home,’ Carl reflected, while Katie responded: ‘Just because you’ve been here 32 times.’

‘My favourite place ever,’ Carl added, with Katie telling fans: ‘And he’s showing me more Vegas than what you just think, not partying, the fun bits you can do in Vegas.’

It seems Carl’s getting stuck in, with the star sharing a video with the caption: ‘When in Vegas…play with muscle cars’.

The former Love Island star had previously shared that he was headed to Sin City, sharing clips from the Las Vegas strip.

It comes not long after Katie – who is set to appear in court on December 15 following her drink-drive arrest – underwent treatment at The Priory, after a car crash in September.

And, according to reports, the pair, who became engaged in April, are keen to walk down the aisle ASAP prompting speculation their trip to Vegas may involve wedding bells.

A source claimed to The Sun: ‘They’re madly in love and want to make things official as soon as possible.

‘She wants to become Mrs Woods as soon as she can.’

Katie recently addressed the crash directly for the first time in a clip posted on her social media.

In September, the 43-year-old pleaded guilty to drink driving, driving while disqualified and driving without insurance, following a single-vehicle collision that saw the star arrested on suspicion of driving while above the legal limit for alcohol and drugs.

In a teaser for an upcoming YouTube video, Katie said that she could have killed herself or someone else in the crash.

In the video first shared on Katie’s Instagram stories, as per the Mirror, the star said: ‘I got in my car. Had a collision. I regret it. I’ve upset people around me, and I have upset myself.

Following the crash, it emerged Katie had a positive swipe for cocaine, leading to the mother-of-five entering the rehab facility The Priory.

Katie is due to be sentenced on December 15, having had her sentence deferred so she could access treatment.

She recently shared a statement from her family, which said that she takes ‘full responsibility’.

It read: ‘Kate acknowledges and takes full responsibility for her actions. She knows they were wrong and apologises.

‘Kate is deeply loved and she loves her family.

‘We are all there for her right now – and her children, who she loves dearly, are giving her strength as a mum.’