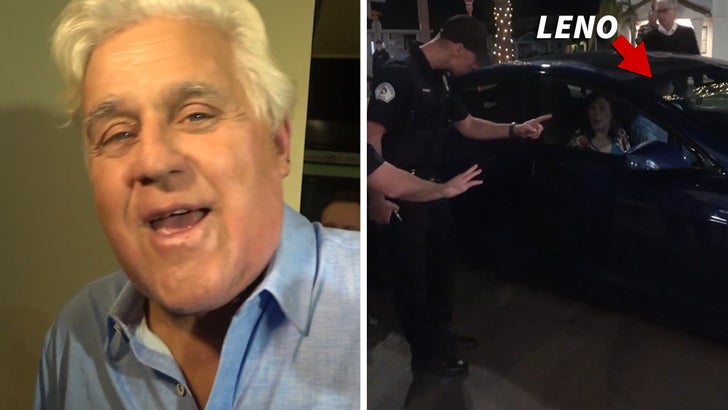 Jay Leno‘s miraculous return to comedy — just 2 weeks after getting severely burned — is officially a smash hit … just ask the cops whose car he clipped!

It’s the kinda Murphy’s Law moment ya just have to laugh off, and Jay did, but Sunday night, as he pulled up to the Comedy & Magic Club in Hermosa Beach, CA … he really did graze a cop car’s tire with his Tesla. 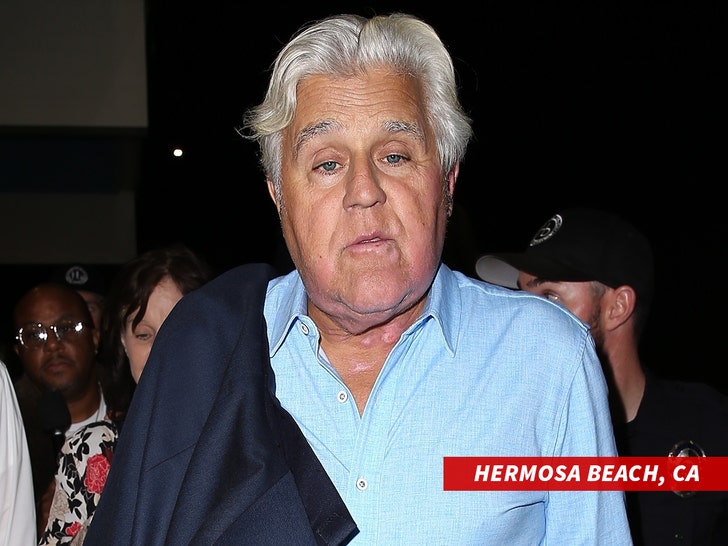 Jay arrived with his wife, Mavis, and everyone — HBPD included — got past the near-fender bender quickly, and the comedian immediately made it clear he’s ready and willing to joke about the garage fire.

Check out the video … Jay dropped 2 or 3 one-liners at his own expense on his way into the club.

TMZ broke the story … Leno was working on one of his vintage cars in his garage when the fuel line burst on him, and about half of Jay’s upper body — including his face — caught on fire. 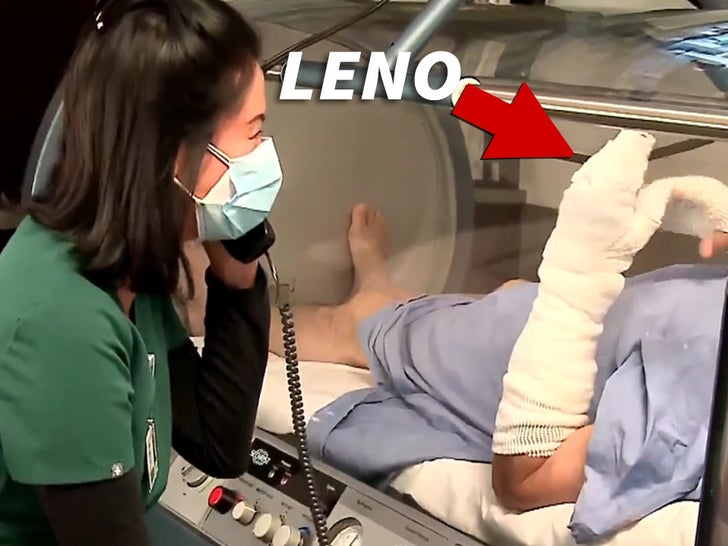 After suffering 2nd and 3rd degree burns on his face, neck, arm and hands … he went to the Grossman Burn Center, where he underwent skin grafts and got treatment in a hyperbaric chamber.

Just a few days after the accident, Jay told us he’d be back doing standup within a couple of weeks. 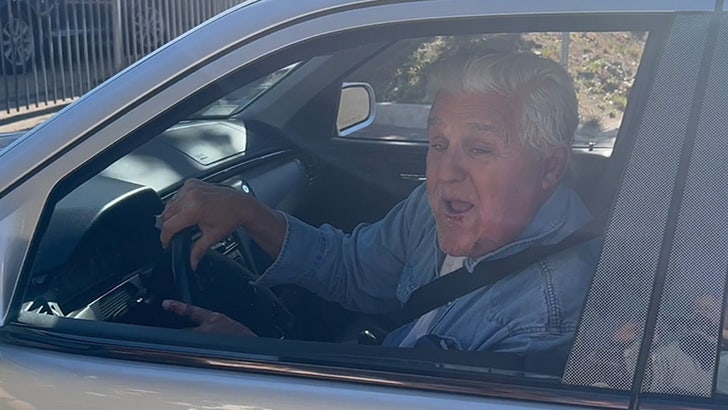 Very few people thought was realistic, but Sunday night he proved all the doubters wrong.

BTW, Jay’s been doing Sunday nights at this club for decades, and it quickly sold out when he announced he’d be returning. Appropriately, there was a ton of media outlets outside, waiting to see his astounding comeback.