Joe Jonas cannot get enough of his wife, Sophie Turner.

On Tuesday, the “Sucker” singer reacted to a new set of selfies posted by the “Game of Thrones” alum with a complimentary quote Lady Gaga once used to describe “American Horror Story” creator Ryan Murphy.

Turner, 25, shared a trio of photos taken outdoors in which she’s donning a lime green romper, black sunglasses atop her head and her hair pulled back in a braided ponytail.

“I’ll have a piña colada please,” Turner captioned the pics.

One photo is an up-close selfie of the actress in a fresh face of makeup. Another shows her kicking her legs into the air as she lies in the grass, showing some skin. 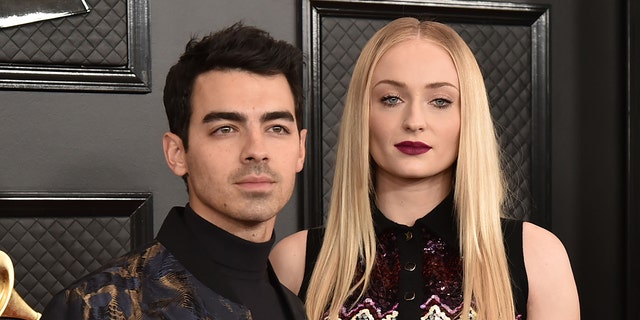 Jonas’ praise was taken from a video interview Lady Gaga gave to The Hollywood Reporter in 2015 in which she describes her former director, Murphy, as “talented, brilliant, incredible, amazing, show-stopping, spectacular, never the same, totally unique, completely not ever been done before, unafraid to reference or not reference, put it in a blender, s–t on it, vomit on it, eat it, give birth to it.”

“He’s all those things. But actually, he’s a f–king good person,” Gaga continued of Murphy at the time.

Although Jonas wasn’t the only star to share his appreciation for his wife. Ahandful of other stars also reacted to Turner’s set of pictures with similar remarks. 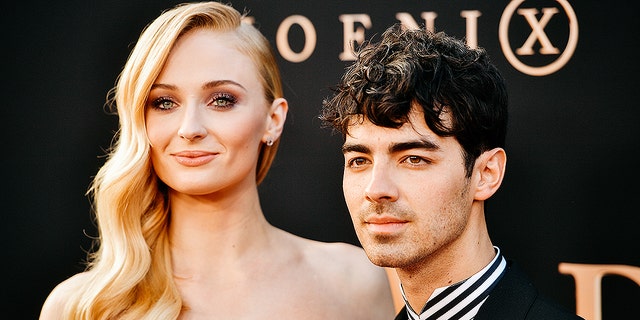 Jonas and Turner aren’t shy in showing their love for each other on social media. In a birthday tribute to Jonas in August, Turner referred to her husband as her “love/bub/baby daddy” with flame and heart emojis.

When Turner turned 25 in February, Jonas shared a hilarious set of photos showing both her serious and humorous sides. “Happy birthday babe. you have two moods and I love them both equally,” he wrote.

The stars welcomed their first child, a baby girl named Willa, last July, a little over one year after tying the knot in a lavish ceremony in France.

They first became engaged in 2017. Before heading to France for their wedding ceremony, Turner and Jonas eloped in Las Vegas after the Billboard Music Awards in May 2019. They exchanged Ring Pops in front of an Elvis Presley impersonator.

Joe, Jonas, praises, Sophie, wife
You may also like:

TALK OF THE TOWN: Is Samantha in her pyjamas on InstaCam?