Congratulations are in order for Kaitlynn Carter! The reality star officially became a mom when her son, Rowan, was born on Sept. 30. She announced the news six days later.

Kaitlynn Carter and her boyfriend, Kristopher Brock, welcomed their first child together on Sept. 30. On Oct. 6, Kaitlynn took to Instagram to share the exciting news. She posted a photo of herself breastfeeding her newborn son. In the caption, she revealed his name and birth information. “Our chunky little guy, Rowan Carter Brock, was born 9/30/21 at 2:53 a.m., 8l lbs. 4 oz.,” she wrote. “Everyone is happy and healthy and so in love.” She also included three red heart emojis.

This is Kaitlynn’s first baby, while Kristopher already has a six-year-old son with a woman he previously dated. Kaitlynn and Brock started dating in the spring of 2020, and he was featured on the most recent season of The Hills: New Beginnings, which aired in summer 2021. On the show, Kaitlynn shared the news of her pregnancy with her castmates, including ex-husband, Brody Jenner.

Although Kaitlynn and Kristopher were only dating for a few months when she got pregnant, it was a discussion that they purposely had early on in their relationship. Kaitlynn had wanted kids for quite awhile, but Brody wasn’t ready, so after they split, she wanted to get moving. “I knew it was really important for me to find somebody who had the same goals and wanted the same things in life that I did,” Kaitlynn said in June. “So, we got to the conversation about having kids and where we stood with all of that very quickly.” 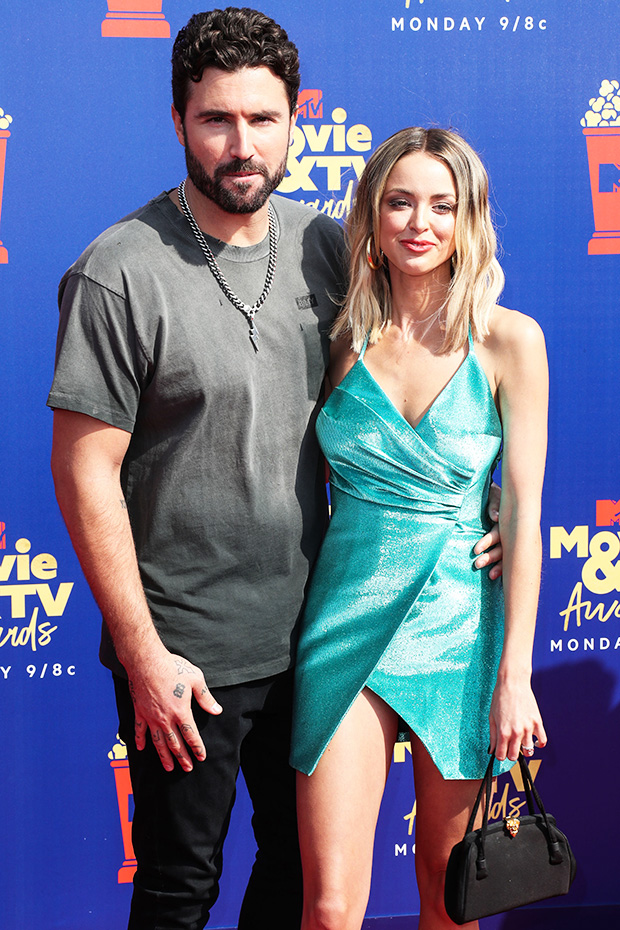 Kaitlynn and Brody got married in Bali in 2018, although they admitted on the first season of The Hills: New Beginnings that their marriage was never legal in the United States. Regardless, they split in 2019, but have remained on amicable terms with one another. On season two of New Beginnings, they attended various events together with their mutual group of friends. Brody’s mom, Linda Thompson, was also in attendance at Kaitlynn’s baby shower in September.

“One thing that’s always been really strong in mine and Brody’s relationship is our friendship, and I feel like we actually transitioned very smoothly from a couple,” Kaitlyn told HollywoodLife EXCLUSIVELY in Oct. 2020. “I mean, obviously not everything’s always perfect, but when it came to working, we actually were having a lot of fun. He’s like one of my best friends, you know? So it’s really easy and it’s actually really nice.”