After already revealing that they’re queer, singer Kehlani has come out as a lesbian, saying that ‘everybody knew but me,’ about how they are gay.

Kehlani says that they have finally has realized that “I am gay gay gay gay gay,” the singer has revealed in a TikTok video to fans on Apr. 22. It comes on the heels of a superstar girls night out for the 25-year-old and pals Lizzo, 32 and SZA, 30. The three hitmakers held hands linking each other as they left a dinner at West Hollywood’s The Nice Guy on Apr. 21. SZA — real name  Solána Imani Rowe — led the way out of the eatery, followed hand in hand by Kehlani, who clasped the “Truth Hurts” singer’s hand as she was last out the door. Kehlani identifies as non-binary and uses she/they pronouns.

In her TikTok video, Kehlani mentioned how they casually brought up their sexuality during an Instagram live earlier in the month where fans asked “Kehlani what’s new?’ and I’m like ‘I finally know I’m a lesbian.’ Well, it’s f**king true. I am gay gay gay gay gay.” They then expressed how disappointed they were when wanting to have heart to heart talks with their family and friends about their true sexual identity was met with the response of “we know!” 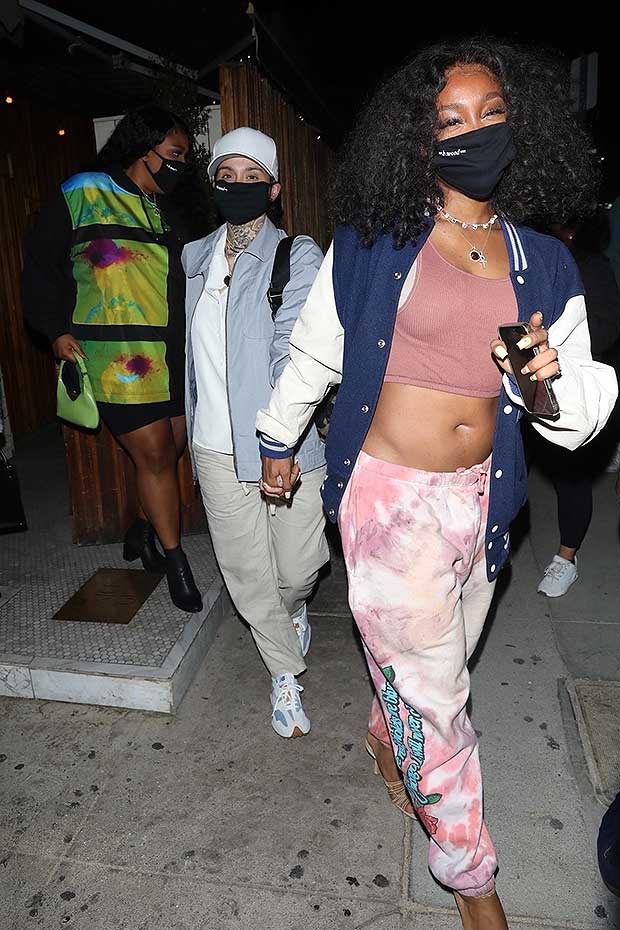 Kehlani wanted more surprised reactions from their loved ones that they are “gay’ gay.” “I just feel like no! I want you to fall on the floor and ‘guhhh,’” they said said while making a gasping noise and putting their hand to their chest. They hoped to hear “Congratulations, we had no idea!” but instead everyone “Was like ‘Duh, you’re the only one who didn’t f**king know.’”

“That f**king closet was glass,” Kehlani said about how their true sexuality was apparent to everyone around them. “I guess I just wanted y’all to know that everybody knew but me,” Kehlani added about being a lesbian. In 2018, Kehlani said that they were “queer” but attracted to a wide range of people.

In a since deleted tweet on Apr. 22, 2018 — three year to the date before their official coming out — Kehlani wrote, “cuz i keep geddin asked…i’m queer. Not bi, not straight. I’m attracted to women, men, REALLY attracted to queer men, non binary people, intersex people, trans people. lil poly pansexual papi hello good morning. does that answer your questions?” They then added, “And since we on that… i’m the LEAST attracted to straight men, y’all really adorable sometimes tho. bisexual men really are little gifts from god tho.” Kehlani is mom to daughter Adeya Nomi, 2, whom they share with guitarist Javie Young-White.

“All my friends, all her aunties, uncles, her godparents, everybody is just loudly queer,” Kehlani said about raising their daughter to PEOPLE in April 2020. The non-binary singer added that, “Our generation already kind of broke the mold of getting to that point, so I don’t even think our kids are going to think about it as something that they have to identify and differentiate. I feel it should be normal.”

“We’ll be reading queer stories, queer books where the baby has two dads, two moms, two parents who don’t identify as either. Movies that have that,” they continued. “She sees healthy queer couples. So, I don’t think that she’s going to even think about it as ‘This is different from normal.’”