Strictly: Tony Adams' wife says she has 'never been so proud'

Lord Sugar has taken to Twitter to land a jibe at former Arsenal footballer Tony Adams’ odds of winning Strictly Come Dancing. The business mogul, 75, reignited his feud with former Good Morning Britain host Piers Morgan over the chances of his beloved Arsenal winning the Premier League, but Piers was quick to hit back and defend the sportsman.

In view of his 5.2 million followers, The Apprentice star took aim at the former sportsman.

“Anyway @piersmorgan Arsenal have as much chance of winning the PL as @Tonyadams winning strictly.”

However, Piers quickly hit back at the businessman, warning him against “mocking” the sportsman. 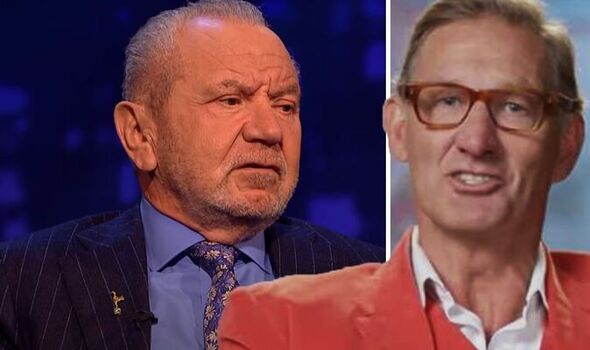 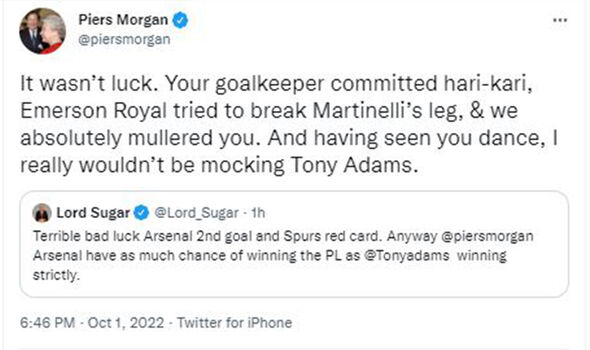 “And having seen you dance, I really wouldn’t be mocking Tony Adams,” he added.

It comes as Arsenal won 3-1 against Tottenham today. 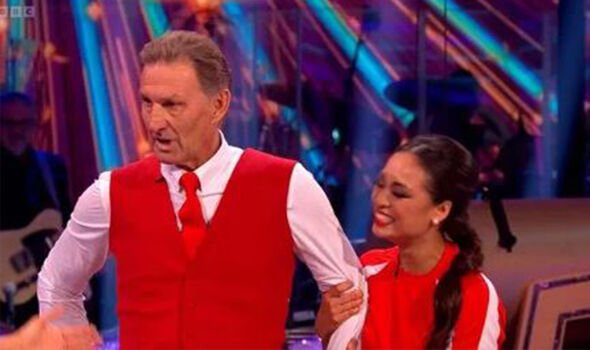 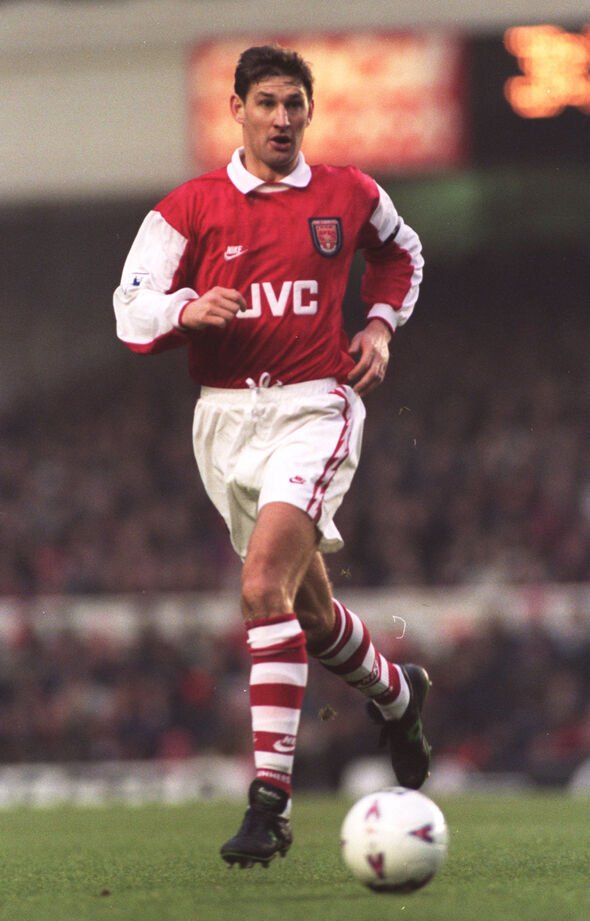 Following Piers’ comeback, his followers took to the comments, with one writing: “Morgan 1 – Sugar 0.”

This evening saw Tony and Katya perform the Charleston to My Old Man’s a Dustman by Foster & Allen.

Despite Tony’s performance being heralded as an improvement by Motsi, Shirley and Anton, Craig branded it “stiff”, which Tess branded “harsh”.

In week one, the duo danced the Tango to Go West by The Village People and were scored 15 by the judges which left them at the bottom of the leaderboard.

It comes after Tony revealed he initially turned down the chance to join Strictly Come Dancing but after going through heart surgery he made a quick U-turn.

Strictly star Tony suffered a heart issue back in 2015 during his time coaching abroad and it pushed him to re-think what he wanted from life.

He told Radio Times: “I had other things going on, to be honest. I was in China and Azerbaijan for a while, coaching.

He added: “I don’t like the jungle one. I can’t cook. And dance is good for the mind, good for your health.”

Despite gaining the unfortunate nickname ‘Donkey’ during his early days of his career, he is bullish on his chances of making the final of the glitzy BBC show.

Tony remarked: “There are already better dancers than me, but there were a lot of footballers who were better than me at the start.

“One by one, I went past them because I wanted it more.”