Madonna had the best response for an Instagram user literally named ‘Karen.’ The online critic tried to insist that the pop star supposedly employs people with guns despite advocating for gun control.

Madonna couldn’t get pass the irony of someone actually named “Karen” trying to call out the pop star for advocating for gun control. Karen is a term usually reserved for people being entitled, racist, prejudice, or upholding archaic ideals. The “Karen” in this scenario tried to insist that people do need guns, after Madonna pointed out that U.S. has seen “over 130 mass shootings” in 2021 — only four months into the year — in an Instagram post shared on April 12. Madonna shared the message in the wake of Daunte Wright‘s death, a 20-year-old Black man whom police officer Kim Potter fatally shot after he was pulled over for a traffic violation in Minneapolis on April 11. 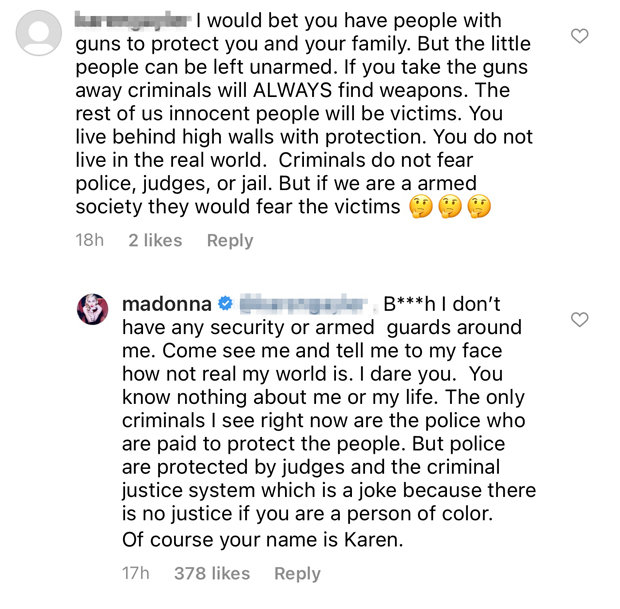 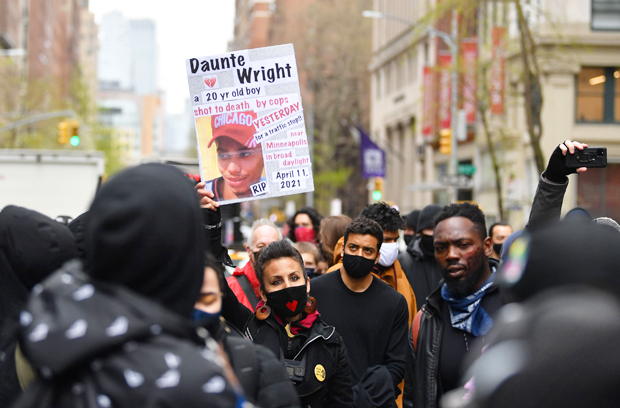 Madonna called for the police to take accountability. “This video of Daunte Wright’s shooting is deeply upsetting but equally so is Police Officer Tim Gannon’s explanation of how it was all an accident. The shooting officer had a taser in one hand and a hand gun in the other. She warned everyone she was going to taser a handcuffed. Daunte who was pulled over for a traffic violation and instead she shot and killed him! No way to fix this accident is there Tim??!! This is so infuriating and unacceptable. God Bless Daunte and his family,” the “Material Girl” singer wrote.