Olivia Newton-John stars as Sandy in the 1978 film Grease

Olivia Newton-John has died after a long illness, her widower confirmed in a statement this evening. Ms Newton-John, who famously starred alongside John Travolta in the 1978 musical grease, was 73. People have taken to social media to pay tribute to the actress, who was also a prominent campaigner.

How did Olivia Newton-John die?

Ms Newton-John suffered from a decades-long battle with cancer, which claimed her life today.

She was first diagnosed with breast cancer in 1992, and following successful treatment was free of the disease until 2013.

In 2017, she revealed the cancer originally found in her breast had spread to her spine following a new diagnosis in 2013. 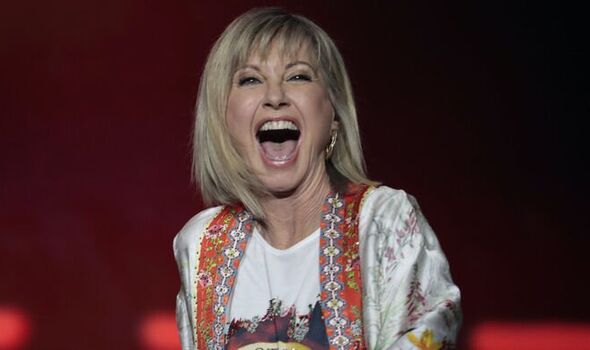 He wrote on social media: “Dame Olivia Newton-John (73) passed away peacefully at her Ranch in Southern California this morning, surrounded by family and friends.

“We ask that everyone please respect the family’s privacy during this very difficult time.

“Olivia has been a symbol of triumphs and hope for over 30 years sharing her journey with breast cancer.”

“Her healing inspiration and pioneering experience with plant medicine continues with the Olivia Newton-John Foundation Fund, dedicated to researching plant medicine and cancer.”

Ms Newton-John campaigned for cancer patients resident in her native Australia after her original diagnosis, and set up the Olivia Newton-John Cancer and Wellness Research Centre.