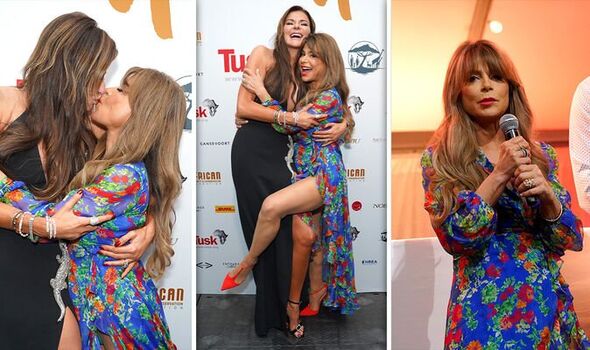 Paula Abdul, 60, flaunted her ageless looks on the red carpet last night as she helped raise money at her Karibu Africa Charity event. The award-winning performer looked like she was having the time of her life as she posed with pals in a dress that featured a thigh-high split.

Paula took to Instagram yesterday to update her 474,000 followers on how the evening had unfolded, including video clips from the stunning-looking evening.

She wrote: “The Karibu Africa Charity Event was a SUCCESS!! We raised over 500k and on top of that, had so much fun!! @amyheartlive, what an awesome evening.”

Paula modelled a blue frock with a bold, asymmetrical cut and a bright red, orange and green floral pattern.

She paired the gown with some pointed, bright orange stiletto heels and opted for a bold red lip.

The star could be seen posing with friend Amy Green, who was also a big part of the evening, as they celebrated raising hundreds of thousands of pounds for charity. 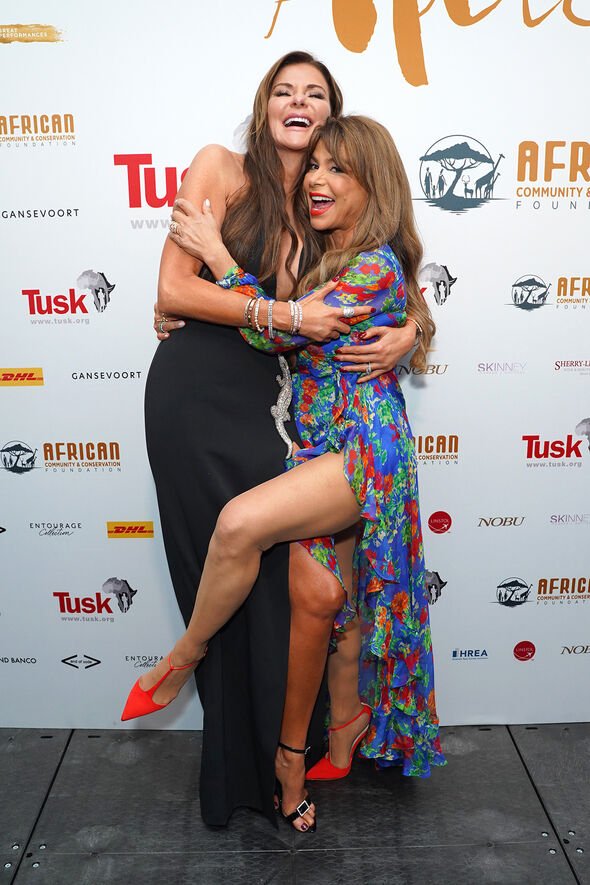 Paula Abdul was all smiles as she turned up the style

The star looked fantastic in her brightly-coloured gown, and showed off one of her toned legs as she wrapped around pal Amy Green on the red carpet. 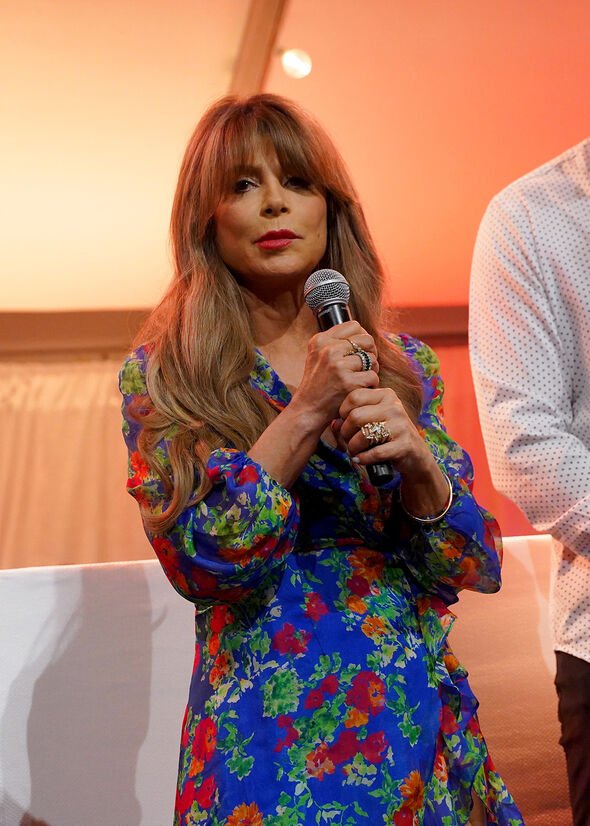 Paula Abdul gave an impassioned speech at the charity event

The performer could be seen looking more serious as she spoke during the evening that was raising money for the Karibu Africa charity. 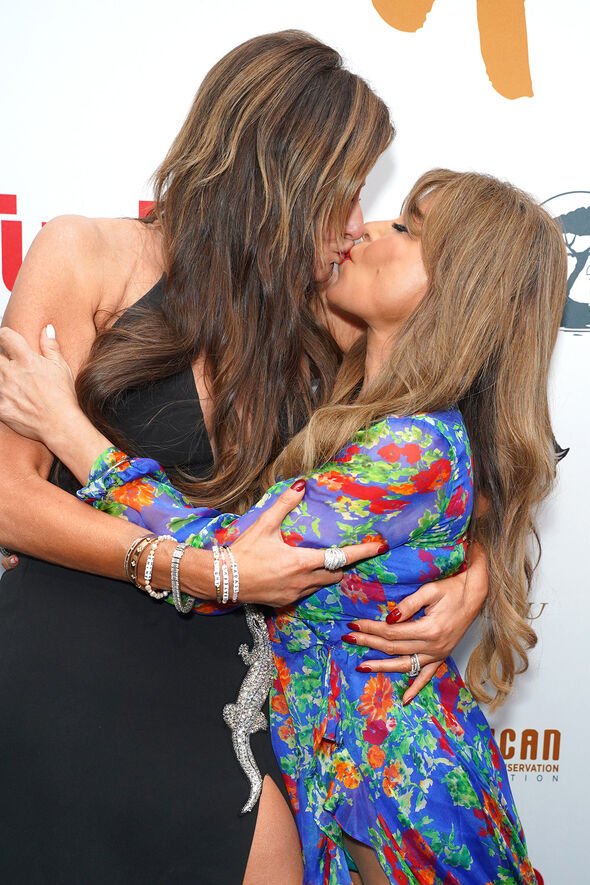 The television personality leaned in to give Amy a kiss as they posed for the cameras. 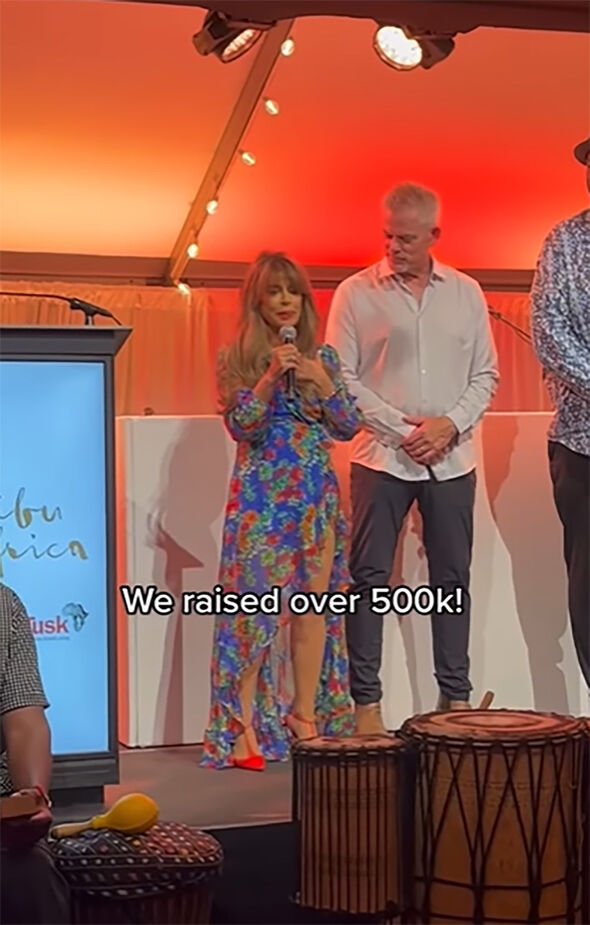 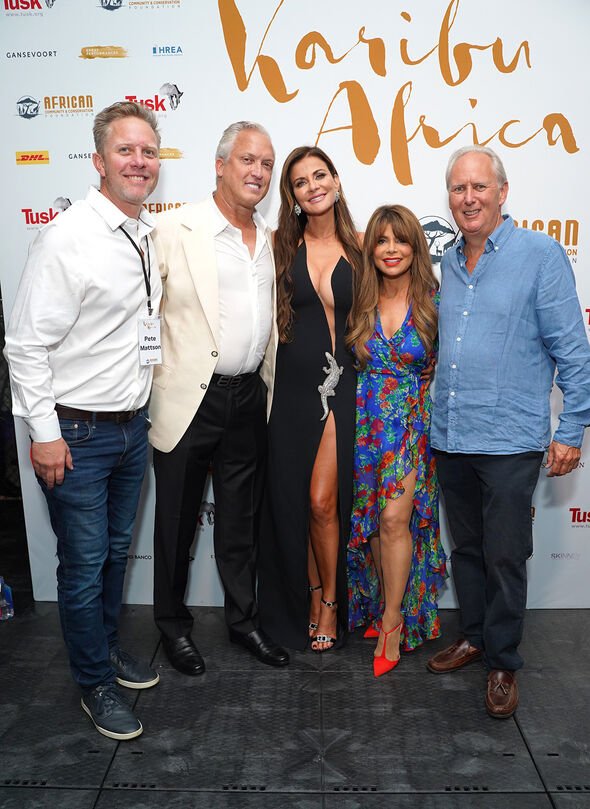 The choreographer took pictures with the likes of Pete Mattson, Amy and her husband Gary Green and Charles Mayhew. 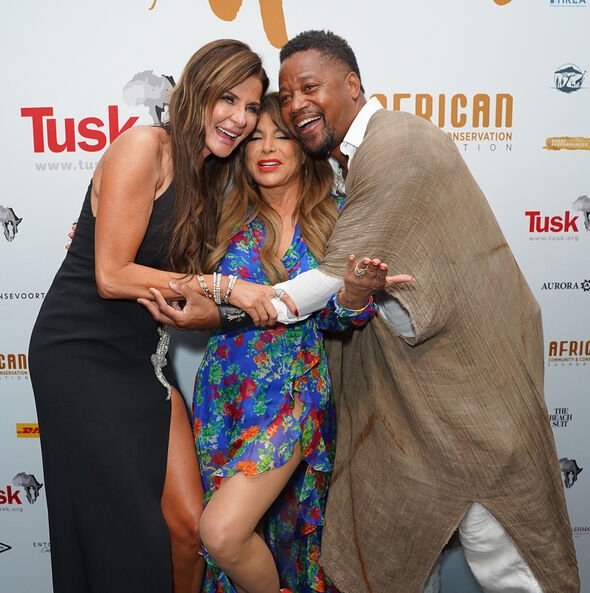 The TV judge looked thrilled as Amy and Hollywood star Cuba Gooding Jr. sandwiched her in a hug.