The younger daughter of former president Barack Obama causes a stir after she’s spotted carrying a large red Telfar bag while on her way to class at the University of Southern California in Los Angeles.

AceShowbiz -Sasha Obama is known for her eclectic fashion choice and one of her recent items has drawn attention for costing quite a fortune. The 21-year-old caused a stir after she was spotted using a $700 designer bag to carry her college school books.

Sasha, who is a senior at the University of Southern California in Los Angeles, was recently pictured carrying a large red Telfar bag while on her way to class. The daughter of former president Barack Obama and his wife Michelle Obama also opted for a black dress with a pair of tan boots and high black socks, but it was her purse that became the center of attention. 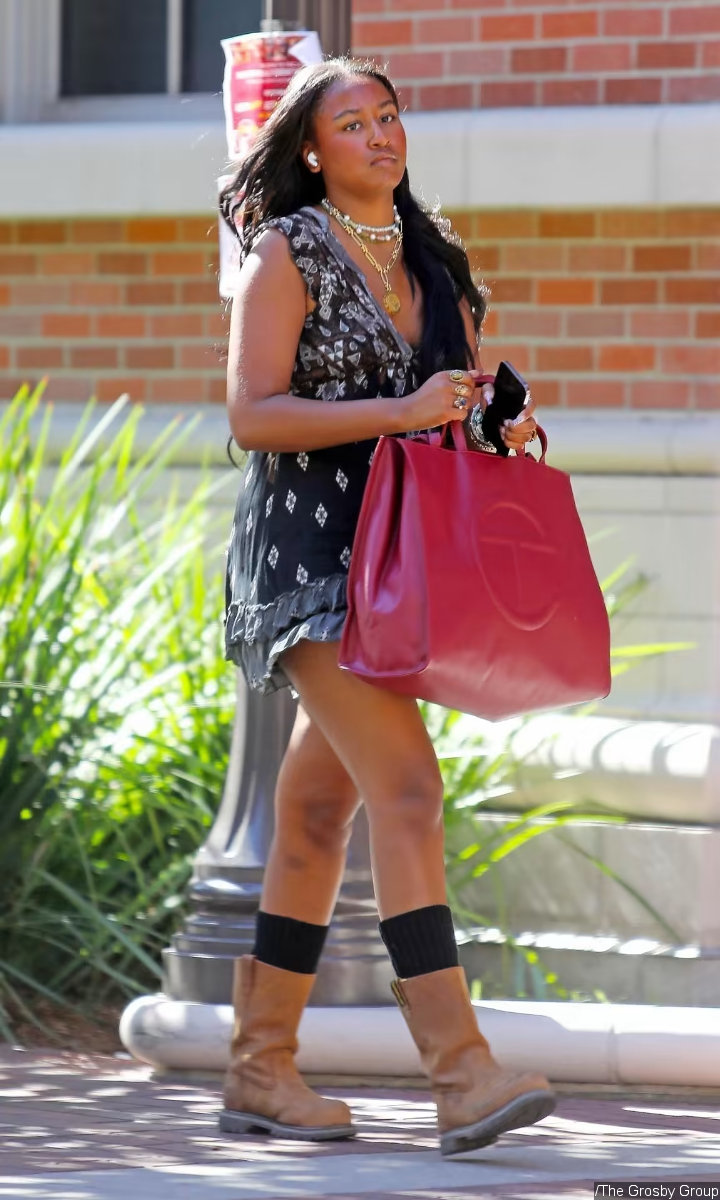 Sasha Obama carried a Telfar bag on her way to class.

Sasha’s choice of bag grabbed headlines, with a naysayer criticizing her for spending her money on the designer bag. “She can probably get tuition scholarship with the legiune case and buy house no,” one of the critics said.

However, many other social media users have come to Sasha’s defense as one person could relate to the former First Daughter, “How else are you supposed to carry text books? I carried mine in Gucci.” Another clapped back at the critics, “It her money let her spend.”

A third fan similarly discouraged the Internet trolls as writing, “Please leave her a long let her live her life, it her [money].” Someone else added, “Mind your own business stop counting other folks coins.”

Her fashion sense aside, Sasha has been reported dating actor Clifton Powell‘s son, Clifton Powell Jr. The pair’s relationship was exposed in April after photos surfaced of their outing together. In the images, Sasha flashed a smile as she walked side-by-side with Clifton.

The younger sister of Malia Obama flashed her tummy in a purple crop tank top with a bohemian skirt in matching color. There was also a photo of the pair snuggling up.

Sasha is believed to have gotten together with Clifton after she moved to Los Angeles in August of last year. She dropped her studies at the University of Michigan and transferred to study at USC.