Sharna Burgess and boyfriend Brian Austin Green arrived at the studio for ‘Dancing With the Stars’ rehearsals and looked so in love.

Sharna Burgess and Brian Austin Green were all smiles while en route to rehearse for Dancing With the Stars. The Australian dance pro, 36, and her actor boyfriend, 48, were photographed arriving for rehearsals on Wednesday, Sept. 29 in Los Angeles. The dance partners held hands and looked happy as two clams in their sweats. 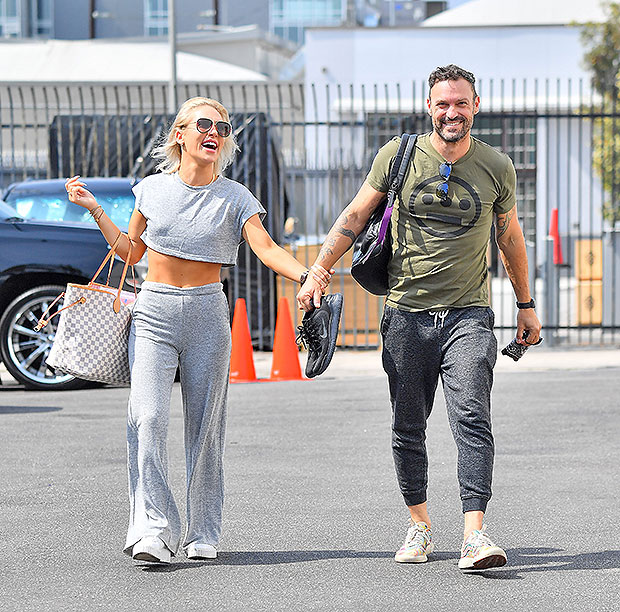 Sharna wore a grey two-set piece with a crop top, while Brian opted for a graphic t-shirt as he held a separate pair of tennis shoes for practice. Brian is currently battling it out for the coveted Mirrorball Trophy on Season 30 of the ABC dancing competition series. JoJo Siwa, Melanie C, Kenya Moore, and Suni Lee are among the star-studded contestants.

Brian and Sharna, who have been dating since December 2020, recently performed the Rumba for Week 2 on September 27. Performed along to “Say You Won’t Let Go” by James Arthur, the performance was inspired by a romantic date they had at the Original Immersive Van Gogh Exhibit in Los Angeles. They earned 23 out of 40 points for the performance. 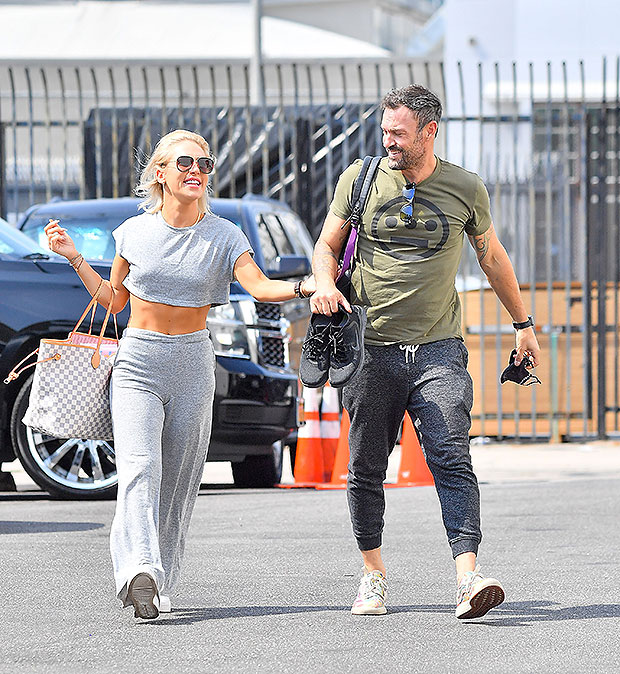 “So Sharna and I have been together for almost a year. It’s been kind of a storybook relationship,” Brian explained in the episode. “Just being there with her, feeling the emotions that came up it was great inspiration for what we’re going to perform.” His partner added, “It’s been an incredible 11 months of showing a person truly who I am. Complete vulnerability with each other and that’s new for me.”

Following the premiere of the episode, Brian and Sharna spoke to reporters from various outlets, including HollywoodLife, about navigating the competition series as a couple. During the interview, Brian admitted to fears of “disappointing” his dancer pro girlfriend. “I have much more of a fear of disappointing her because when we first were really spending more time with each other and dating, she used to talk about the fact that it would be so great if we could dance together,” he said. “Not on the show, but just in general.”

“And I was always like, ah, because that scares the crap out of me because she’s a dancer,” Brian continued. “So then coming here, it was like, man, if this doesn’t go well, I could crush that dream for her.”

Brian Austin Green, Sharna Bur
You may also like: