Follow
Home » Celebrities » T.J. Holmes & Amy Robach Are Getting 'Pushed Out' At GMA After Affair Reveal??

Better hope this romance was worth it!

Good Morning America co-hosts Amy Robach and T.J. Holmes‘ recently revealed affair could cost them their jobs! According to The Sun’s source close to the production of the family-oriented ABC News program on Thursday, the pair’s rumored romance has rattled GMA staff and thrown the production into complete chaos this week!

Because of the mess, the co-anchors are going “to be pushed out” of the squeaky clean daytime series, the insider dished:

“There is no way they are going to be able to stay at GMA. They may not be outright fired, but they’ll be relegated to lesser roles, which will make it undesirable for them to continue.”

As viewers can probably attest to, it’s pretty clear the television show is struggling to figure out how to navigate its way through this scandal. On Wednesday — as news broke about the relationship — T.J. hosted the GMA3: What You Need To Know show solo, without Amy or their other co-host Jennifer Ashton by his side. Then on Thursday morning, it was T.J.’s turn to step aside. He was notably not present at the main anchor desk alongside Robin Roberts and George Stephanopoulos as he previously had been all week while filling in for Michael Strahan. Oof. Already getting pushed to the background!

With so much change potentially underway for the morning show, The Sun‘s source continued:

“Production is scrambling to make appropriate changes to appease an upset audience.”

The audience may be upset, but we’d bet there are plenty who would tune into the show just to hear more about the scandal! Speaking of, we bet GMA3 saw an uptick of viewers on Thursday morning as T.J. and Amy shockingly appeared on-screen together to host their show — despite being at the center of controversy!

Sooo… Is the network just trying to ignore all of this!? Or is ABC going to let them stay on the air despite the latest speculation they’ll be pushed out?? It’s hard to know what will come next, but one thing is for sure: the couple seemed REALLY tense today! You can check out the incredibly awkward intro (below)!

They both look uncomfortable!!

It’s an interesting choice to let them host together. On the one hand, it’s good to act normal, but it also draws even more attention to the situation. Just one day prior, DailyMail.com released PDA-filled photos and videos of the pair taken over a month. In them, they were seen holding hands and getting cozy for all to see despite both being married for 12 years: Amy to Melrose Place star Andrew Shue and T.J. to lawyer Marilee Fiebig. Per reports, both wed couples reportedly split in August. It’s been speculated that the TV personalities may have stepped out of the friend zone around the time they were training for the New York City Half Marathon last spring. Teasing about the 49-year-old blonde’s appearance during her joint workouts with the 45-year-old, one staffer said:

“When I would see them, I always found it odd that Amy was working out in full hair and makeup. Now I understand — it was a date.”

LOLz! According to the outlet’s insider, the GMA production staff was completely blindsided by the affair (weren’t we all!), but a second confidant said otherwise, claiming T.J. and Amy hadn’t done much to hide their budding romance before the story broke. In fact, they said “tongues were wagging” in their inner-work bubble ’cause it was THAT obvious! Yowza.

They better start spilling the tea — and clearing up this affair timeline — fast or they could be on the job hunt before the New Year! Thoughts, Perezcious readers? Do you think it’s fair to push them out of the show because of this? Or are you more interested to watch the pair now? Sound OFF (below)! 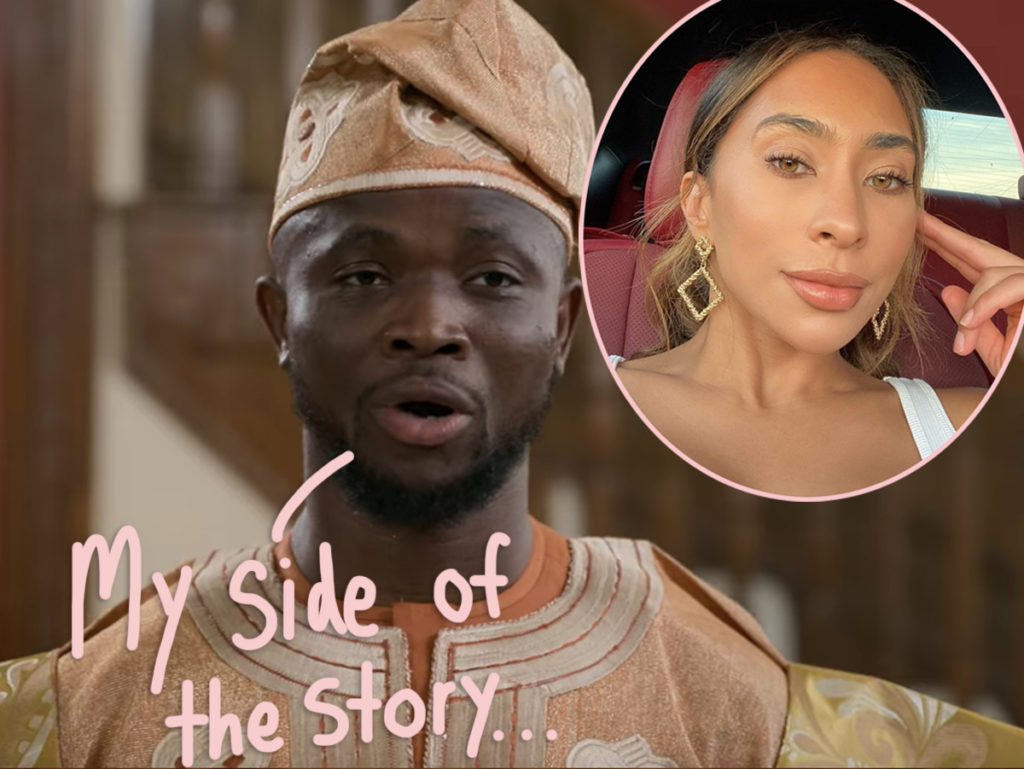 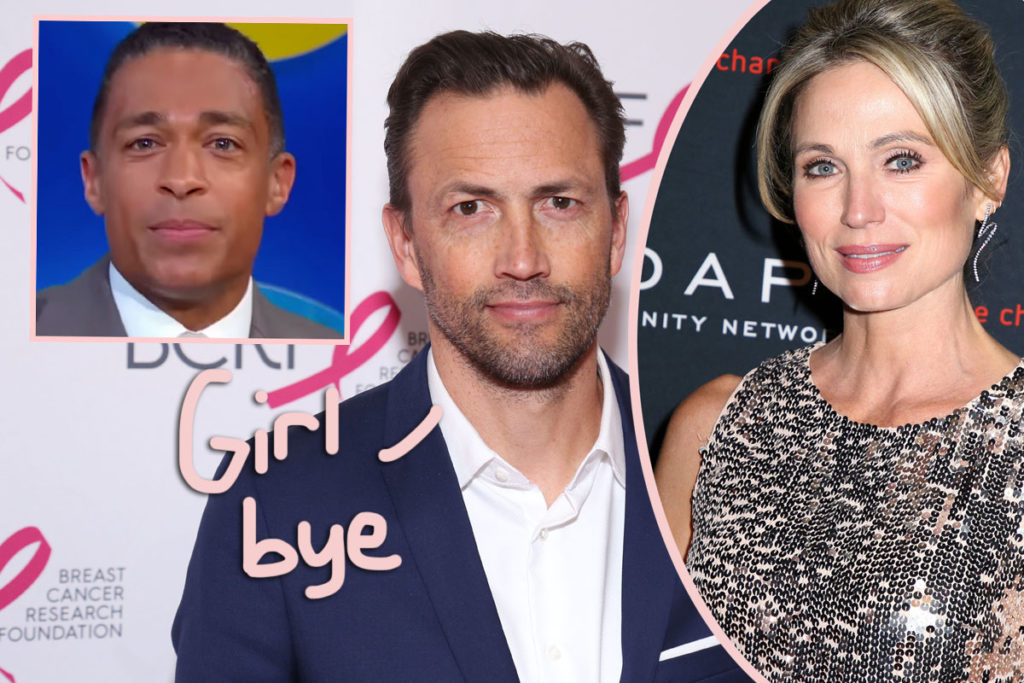 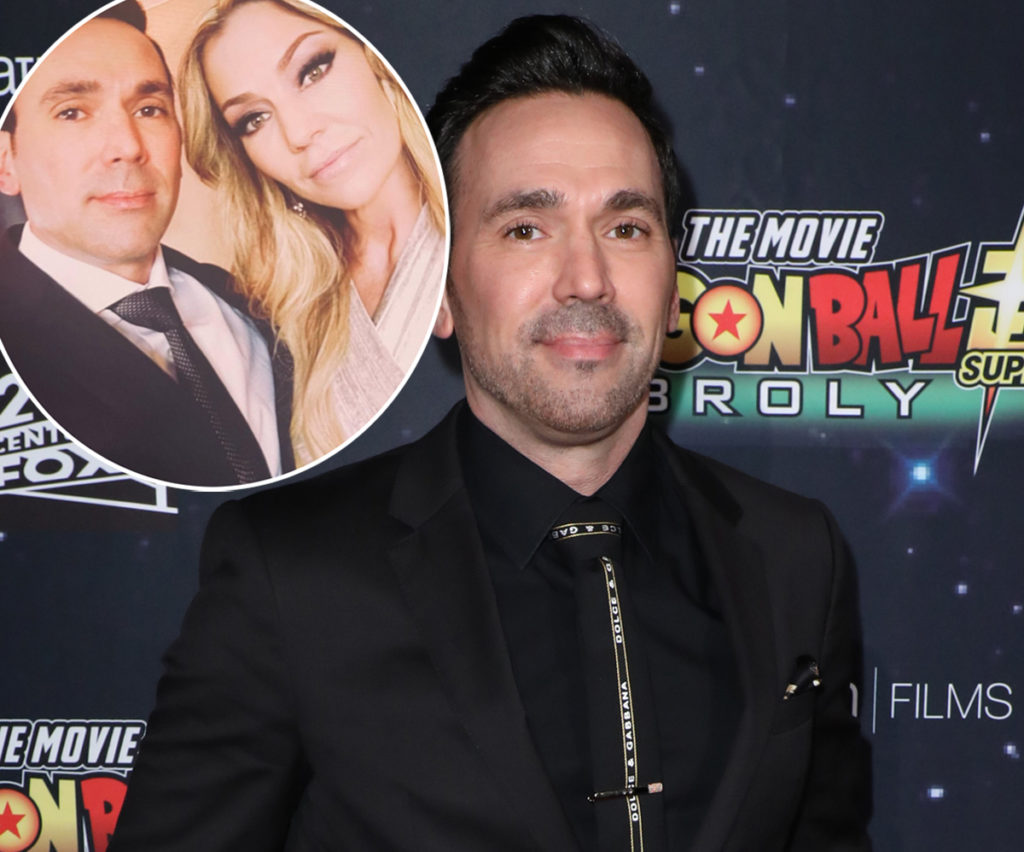 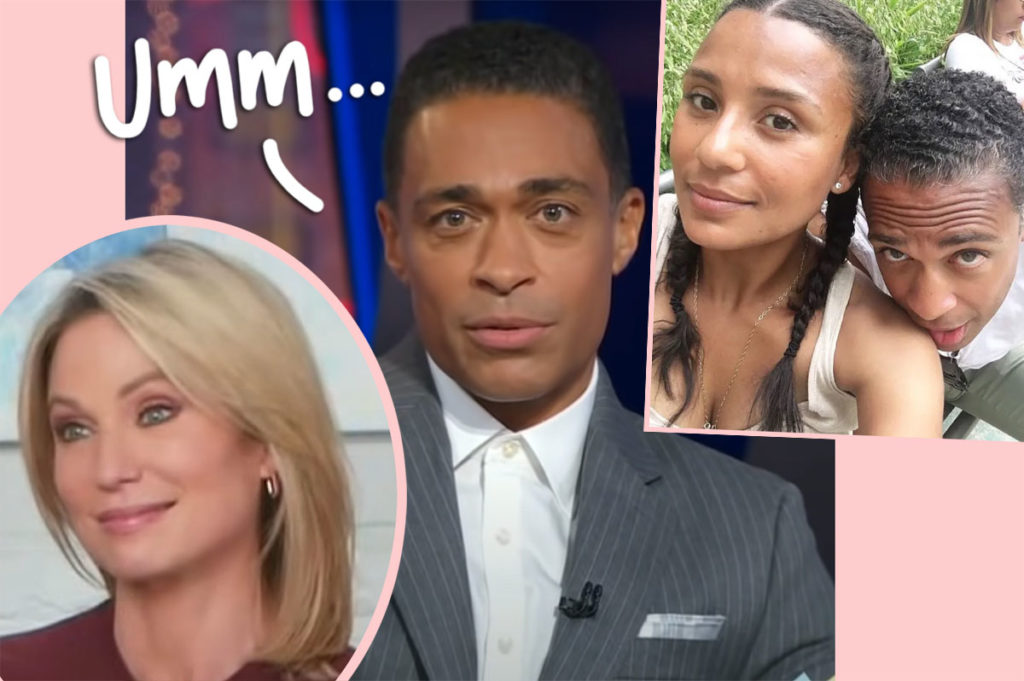