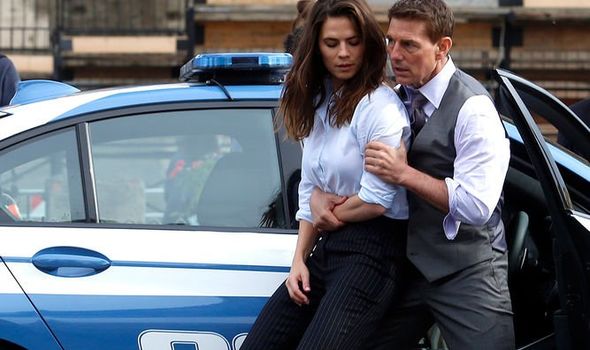 Tom, 59, returns as Ethan Hunt while British actress Hayley, 39, plays Grace in the seventh instalment of the spy blockbuster.

It was said the pair became “fairly inseparable” after hitting it off from day one of filming.

In one movie scene they are even handcuffed together.

It was the Top Gun star’s first high-profile romance since his divorce from Katie Holmes in 2012, while Hayley was said to have split from her English doctor ex last year.

Filming had faced delays because of the pandemic as the stars spent much of last year shooting across the UK, as well as in Rome, Venice and Norway.

The now “just good friends” will reunite to promote the film ahead of its premiere next September and to film the eighth instalment of the famous franchise.